Have you ever been to a place and you feel like you’ve entered another realm? I know that is how I would usually feel when I’m travelling. More often than not, that would always be how I feel the moment I land and step outside the airplane, that is possibly why we all love travelling so much. Sometimes, I get that feel too when I’m watching a really good movie. Surprise me, but I got the same feeling when I stepped into Asmara Penchala. 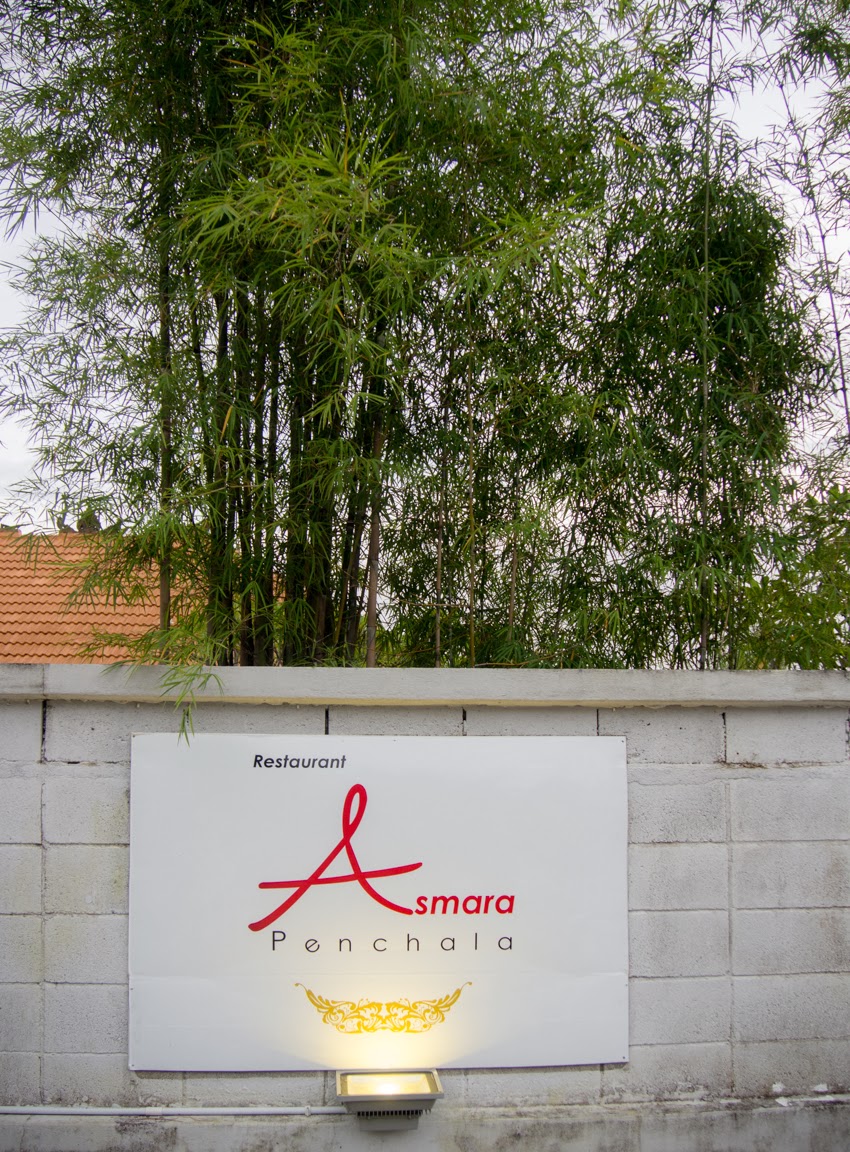 * * * * * * * * * *
Once you stepped through the wooden doors which is pretty similar to those in Bali, you’ll be greeted with tall bamboos, pergolas and a pond around one of the raised pergola. The place has such a romantic feel, I know why weddings are often held here. Ambiance aside, how does the food fare? 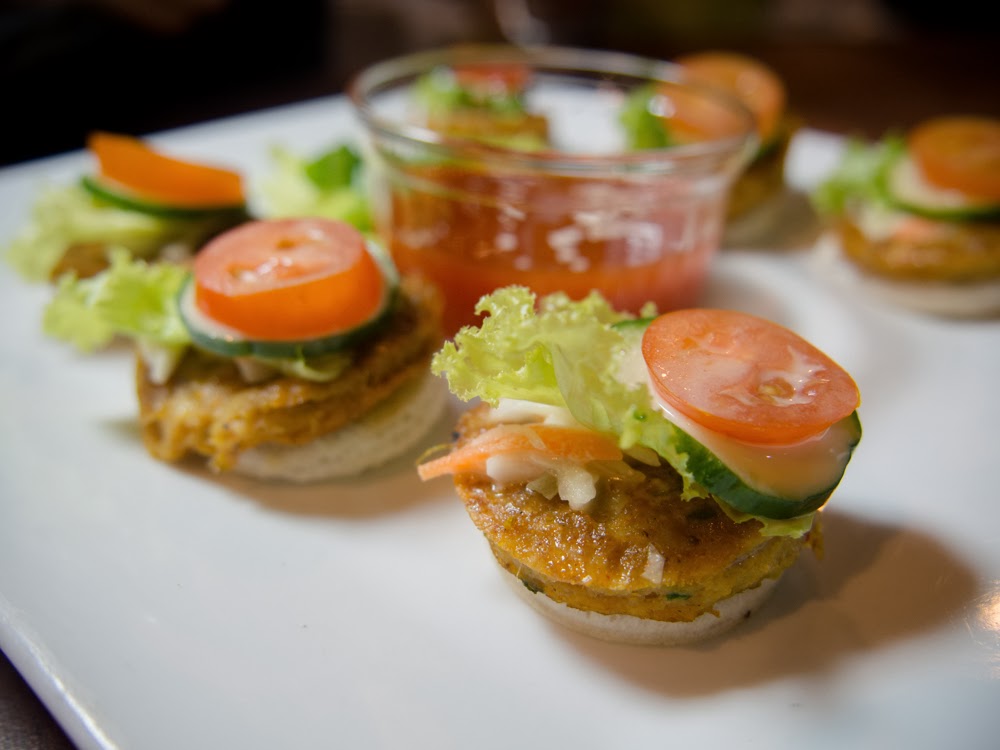 Thai Fish Cake
We kicked things off with the Thai Fish Cake, which was served in a bite sized, miniature piece. It was easy to eat and the presentation looks good. This is what I would say, visually appetizing. One bite in, you’ll be teased with the taste of fish cake which I felt seems more like otak-otak  to me. It’s nice, but such a tease because the serving of the fish cake is tad too thin. 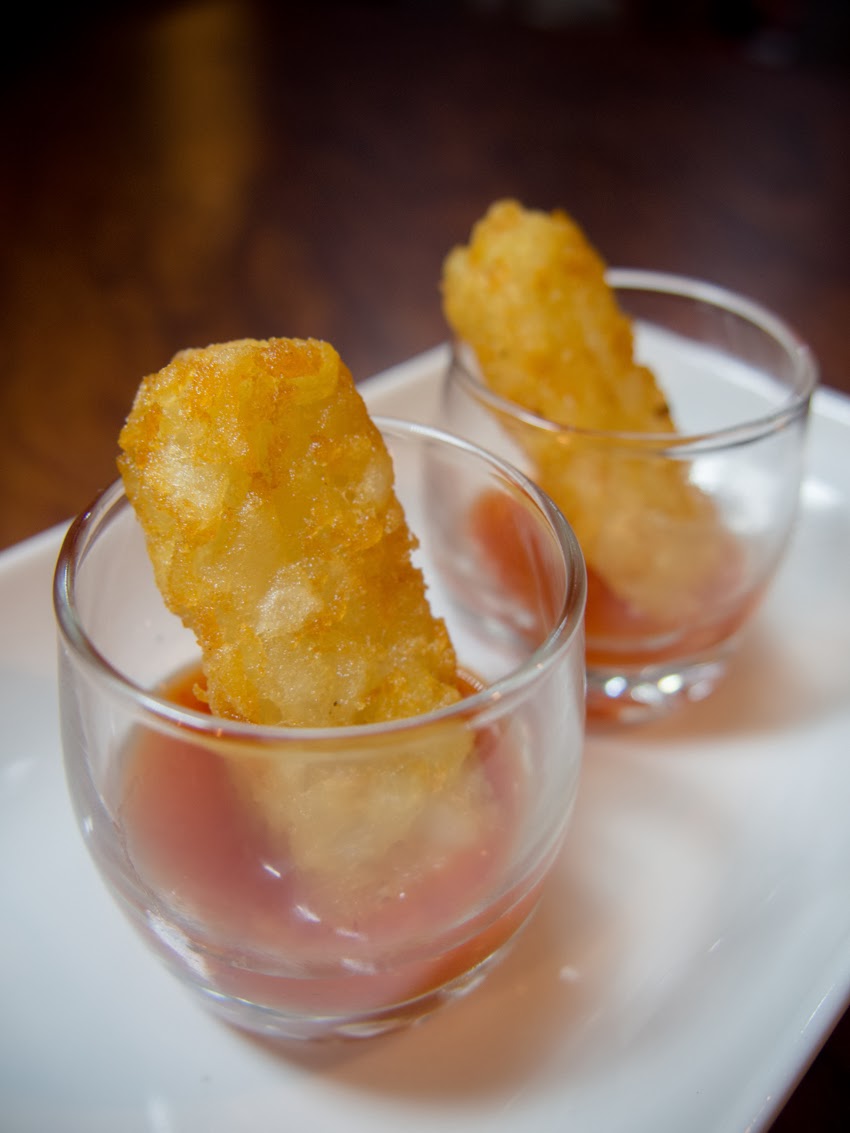 Crispy Hash
Next, we had the hash browns. This is deep fried hash, so trust me, you cannot go wrong with it. True enough, it was fried just to the right crisp level with the softness of the hash maintained inside. 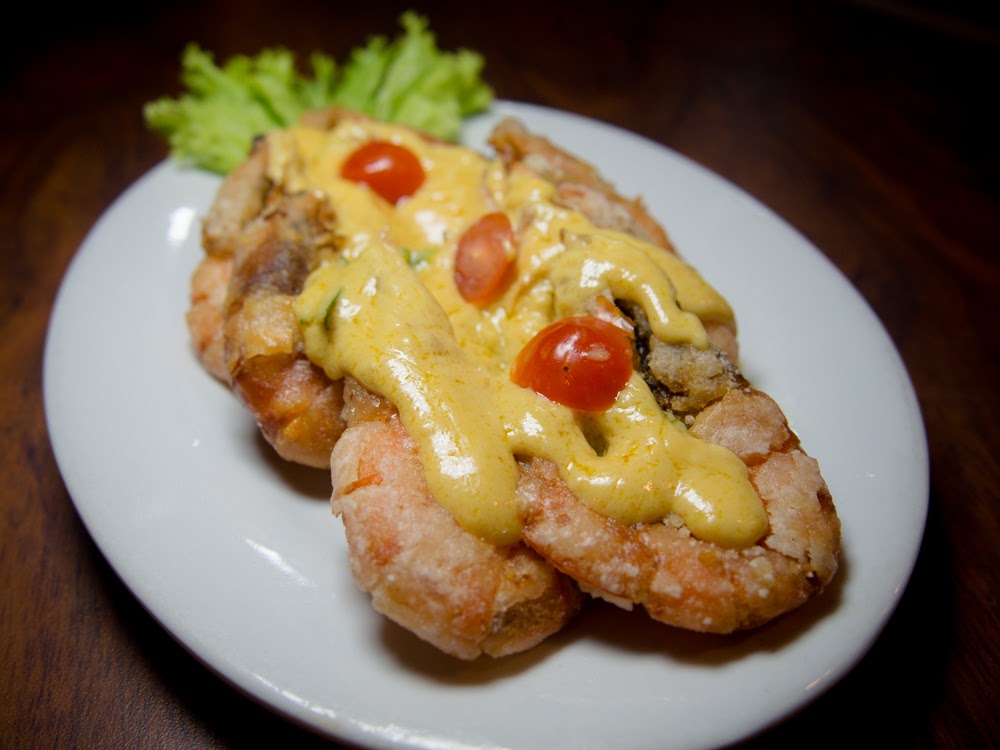 Creamy Butter Prawns
Prawns are my weakest spot, when I see one I know I must have them. Needless to say, when the Butter Creamy Prawns arrived, I was so tempted to dig it immediately. Can you see the glorious amount of golden butter sauce, dressing the deep fried prawns? When I finally got to dig in (after all the formalities, picture taking, angling, ya-da ya-da), the prawn was crispy enough to be eaten with the shell. The sauce itself was rich and it complemented the prawns really well. Buttery rich, and heavenly, yums. 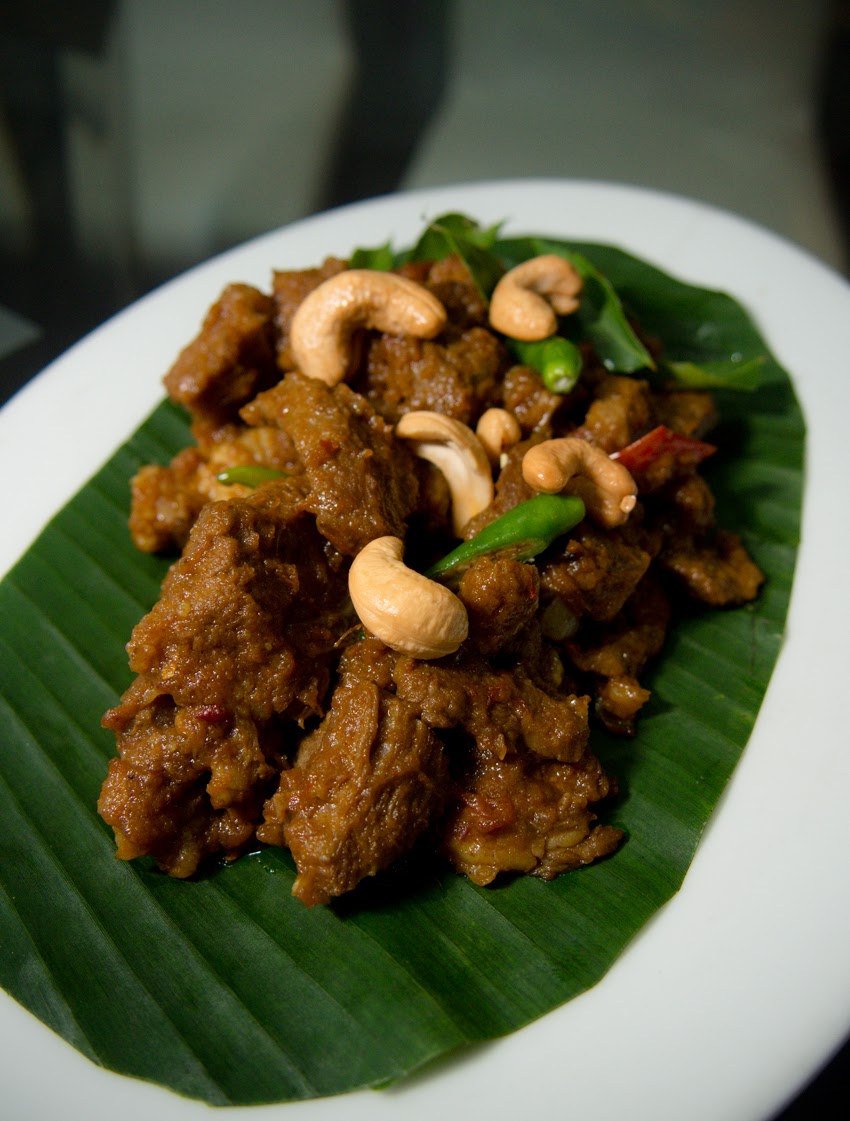 Lamb Masala
Initially, when this dish arrived, it kept us wondering what type of meat was used. Was it beef? Or was it mutton? We tried asking the waiters but some of them don’t know what it was. We later found out that it was lamb, no one thought of that though. The lamb meat was tender and it was well marinated. I do like how it tasted, but it didn’t leave much of an impression. 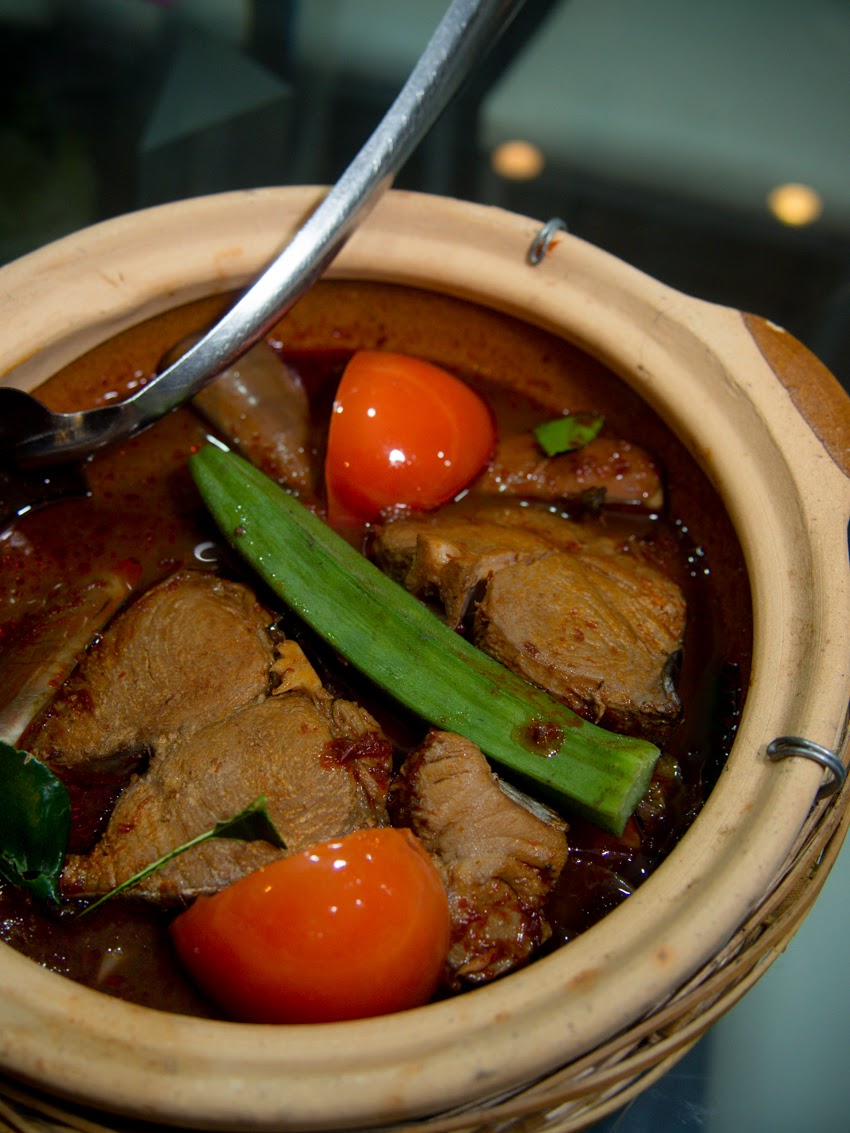 Asam Pedas Asmara Tenggiri
This is the asam pedas, served piping hot in a claypot with generous amount of chili flakes over it. This dish itself is daunting for someone like me, because I don’t usually take much chilli. I am able to handle spicy, but I prefer not to. As I carefully sipped the soup, I was greeted with a burning sensation of spicy chilli rush. The dish is hot spicy hot spicy, but it was flavoured nicely. I once had an asam pedas in Melaka and it was the most watery plain one I have ever eaten. This was way better than it. There was however, something I didn’t like about it. The vegetables (brinjal, ladies finger, tomatoes) are very fresh, or uncooked, I would say. 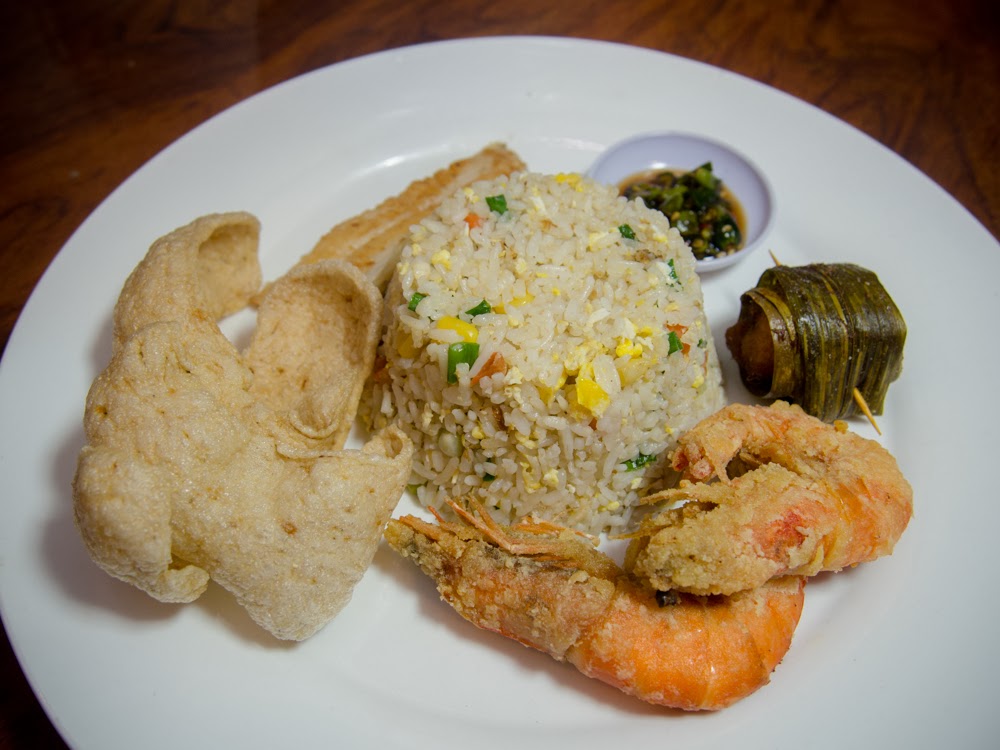 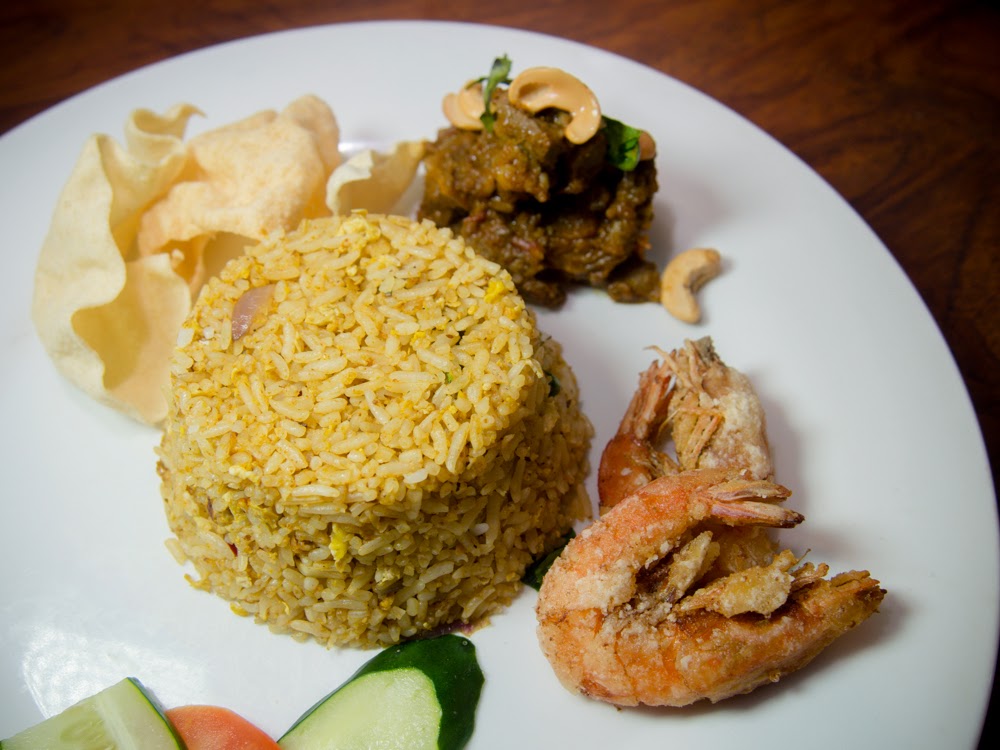 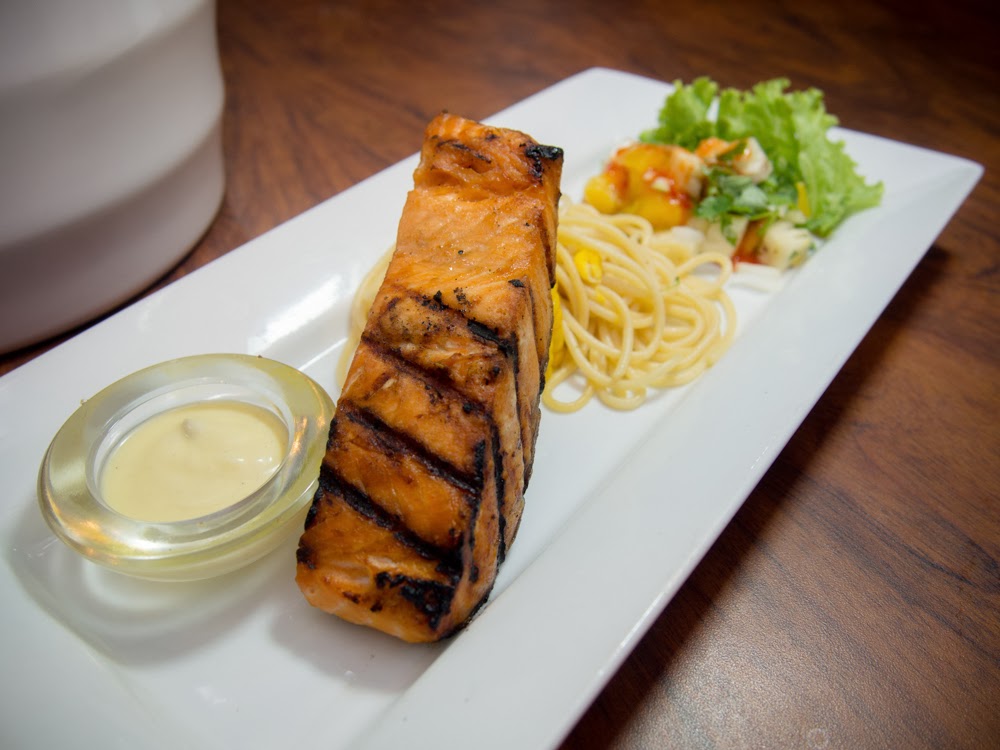 Salmon Steak
Just when we thought the dinner was over, a western dish of grilled salmon arrived with a small serving of plain pasta, corn cob and fruit salad. One look was enough to tell that the salmon steak was too dry, pasta seemed bland and fruit salad has chili flakes on it! I thought just maybe this was a fusion attempt. As I tried each one of them, they tasted pretty much the same as how it looks and how I expected it to be. However, according to the manager, he mentioned that customers had requested for their steak to be cooked as such. So, my best bet is that if you plan to have this, put in a little request to have the steak cooked medium well done. 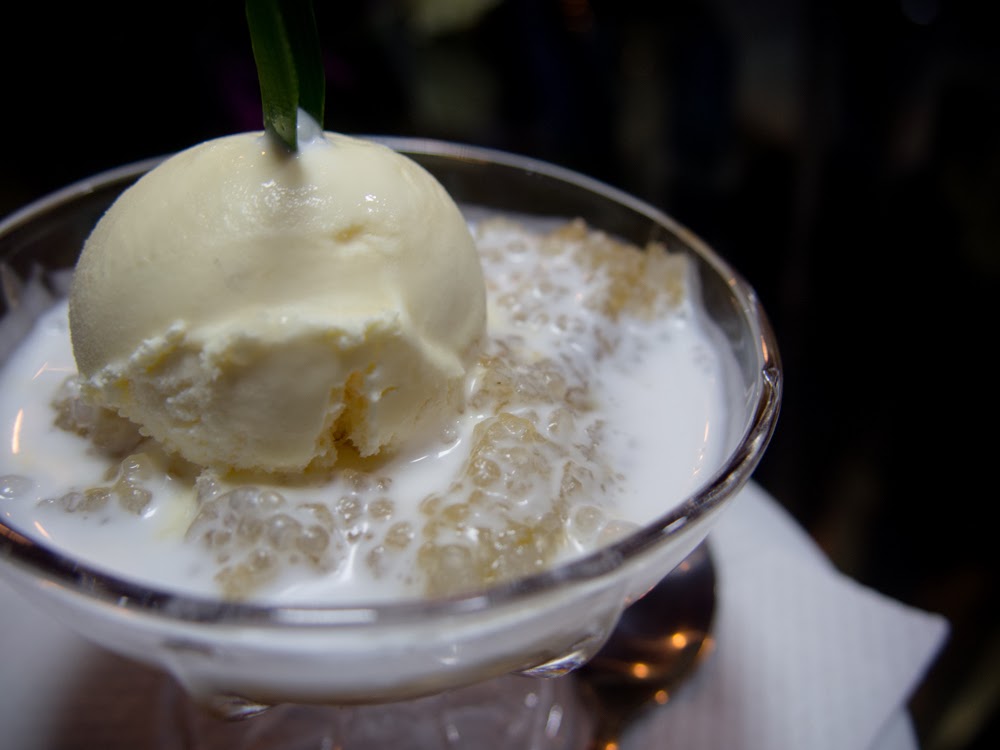 Sago Gula Melaka
And last but not least is the sago with gula Melaka topped with a scope of ice cream. I’m not a fan of gula Melaka but the ice cream have made this dessert just the right amount of creamy and it gives you the creamy chewy sensation like. Pretty neat, I would say.
* * * * * * * * * * 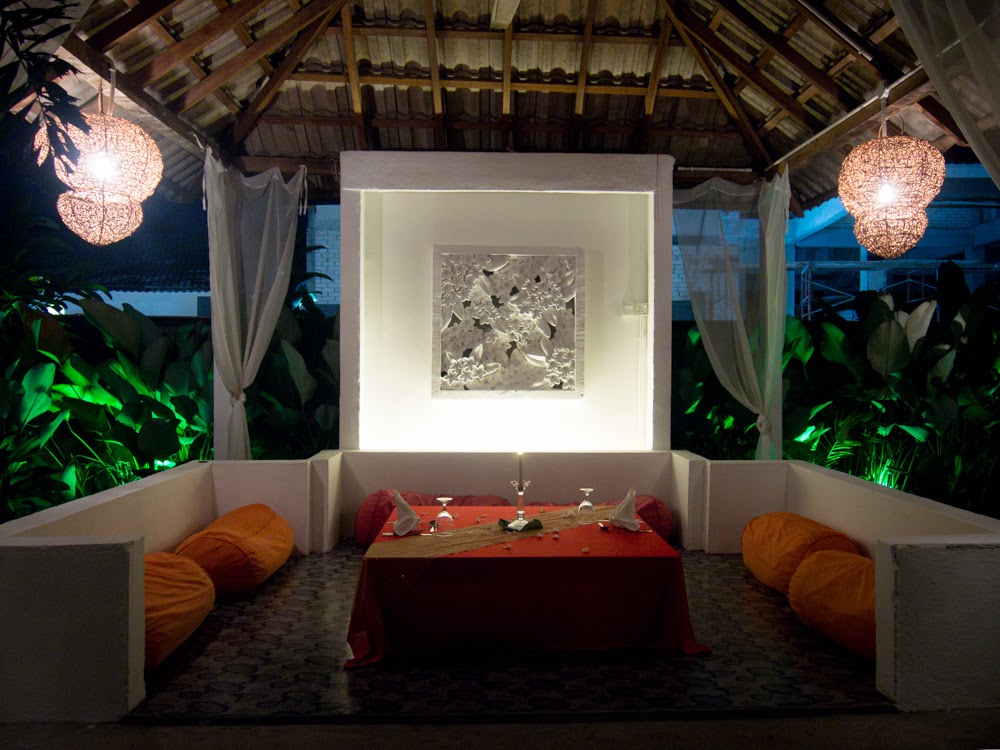 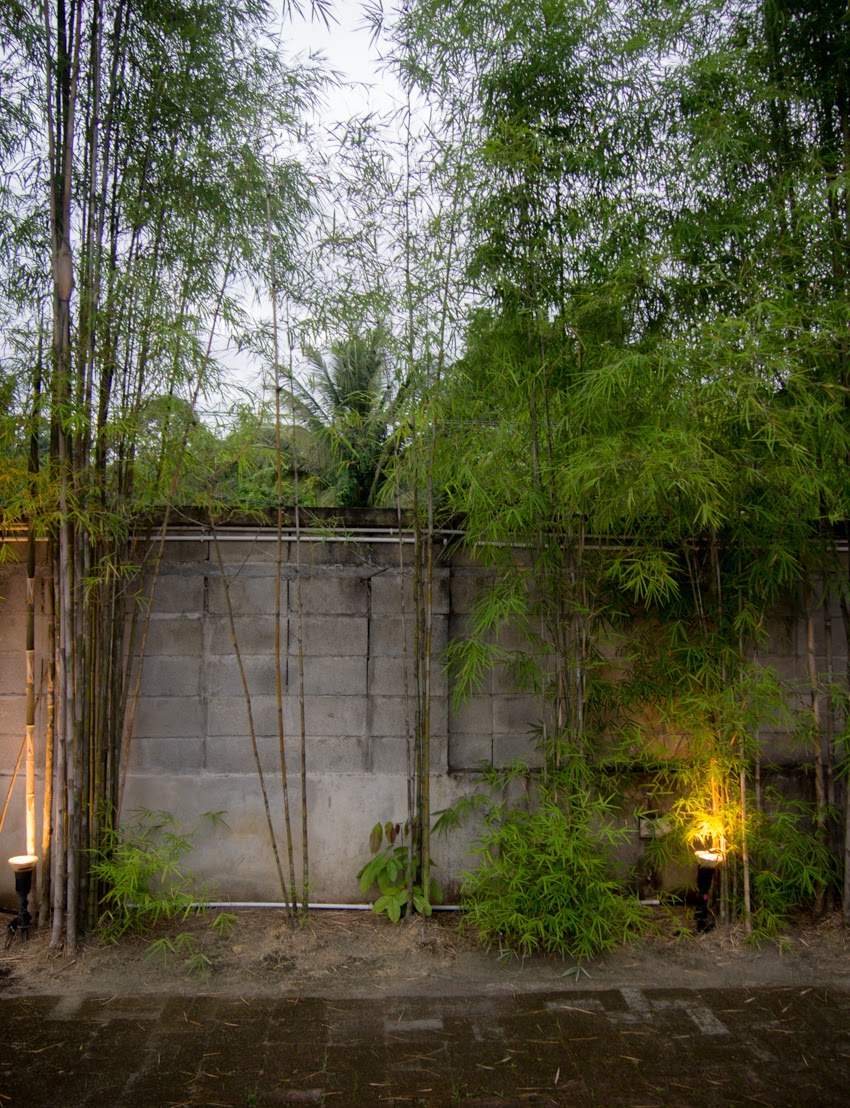 All in all, I love how beautiful the place is. It is one of the places that gives you a relaxing feel and a very romantic ambiance with it soft light. There is even cushions in some of the individual pergolas. The restaurant is rather spacious, and I understand it can fit around 800 pax. Beware though because most of the restaurant are open air with a nature like concept, there tend to be plenty of mosquitoes around. You can also opt for a room as well.
* * * * * * * * * *
&. Thanks to Nomster and Asmara Penchala for having me. +
You can find the best value in money dining deals here at http://www.mydeal.com.my/dining/kuala-lumpur.
Share