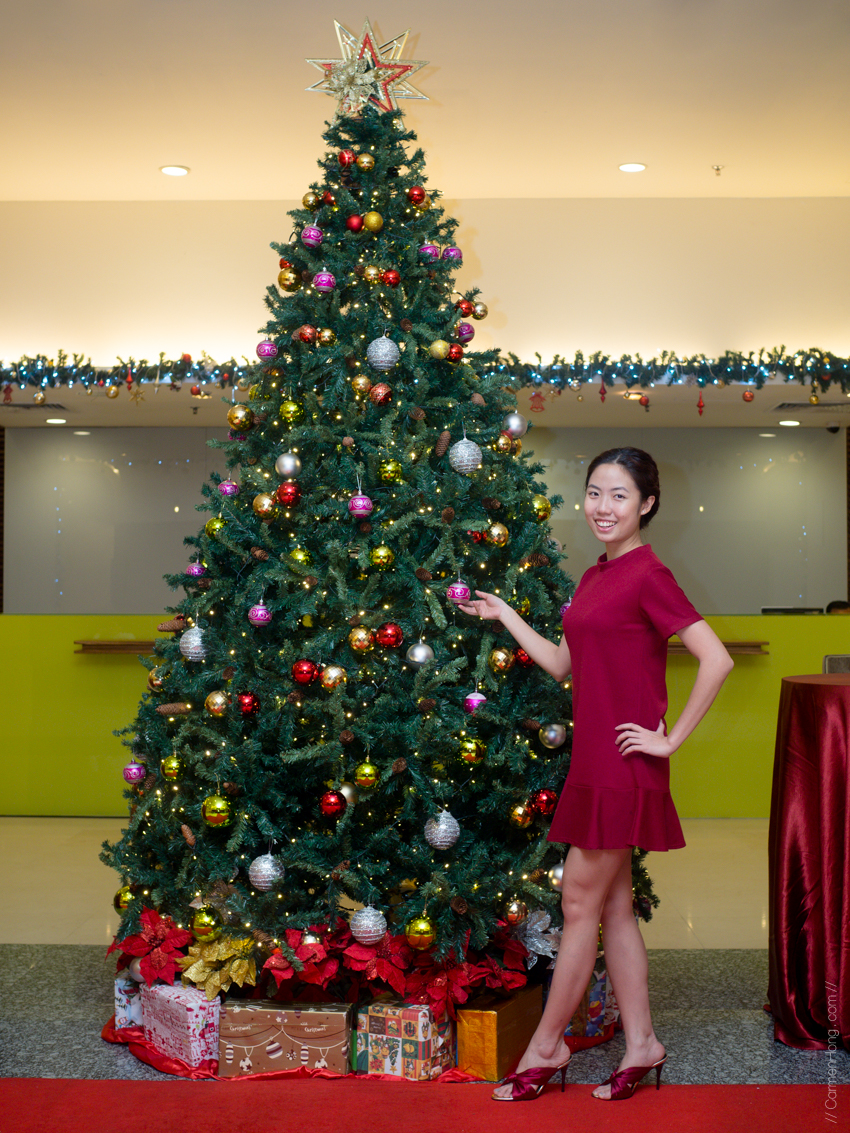 There are 12 months in a year and of all the months, December have always been like a marathon filled with delicious food for me to savour. We are only midways through the month and I’ve already lost count of the no. of buffets and festive gatherings I have attended. This time around I’m featuring the Christmas and New Year’s Eve buffet at Big Apple Restaurant in Berjaya Times Square Hotel. The buffet are served on selected dates only and are as follows ; Christmas Eve Buffet Dinner on 24 December 2017, Christmas Hi-Tea Brunch on 25 December 2017 & New Year’s Eve Buffet Dinner on 31 December 2017. 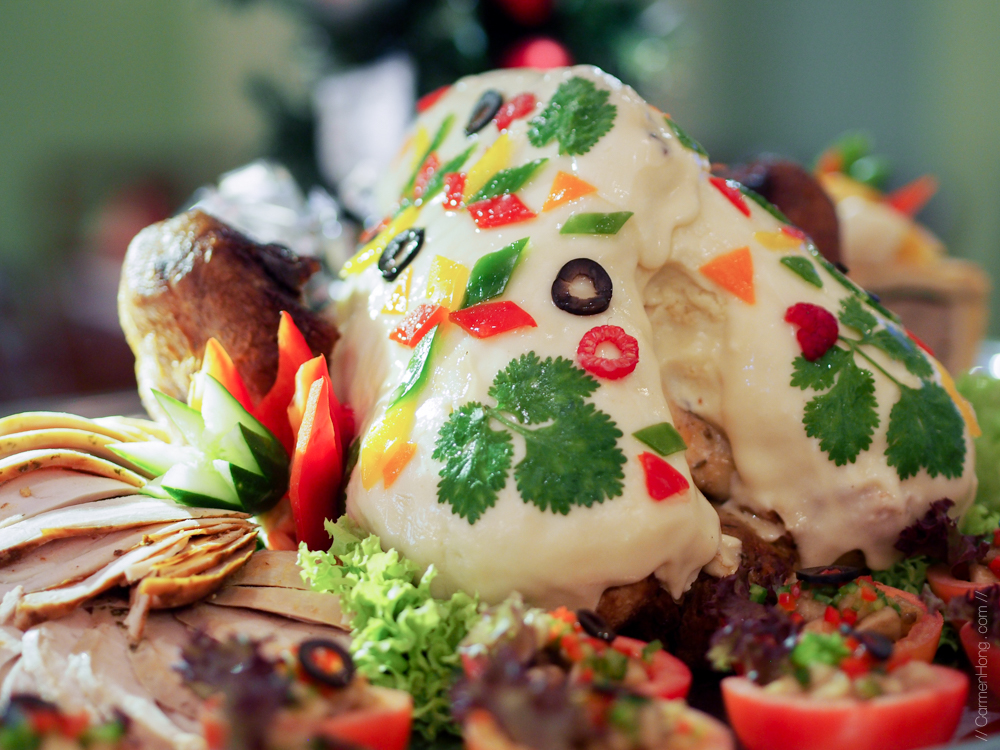 The Christmas Eve & Christmas Day buffet is themed around the characters of Pocotee & Friends, perfect for fans of them. However, if you’re not … fret not as there will also be lucky prizes to be won such as fashionable bracelets of finest artwork sponsored by 97’s, beautifully crafted madeleine dessert tower by L’ange Petit Patisserie, hotel stay vouchers and hotel dining vouchers. 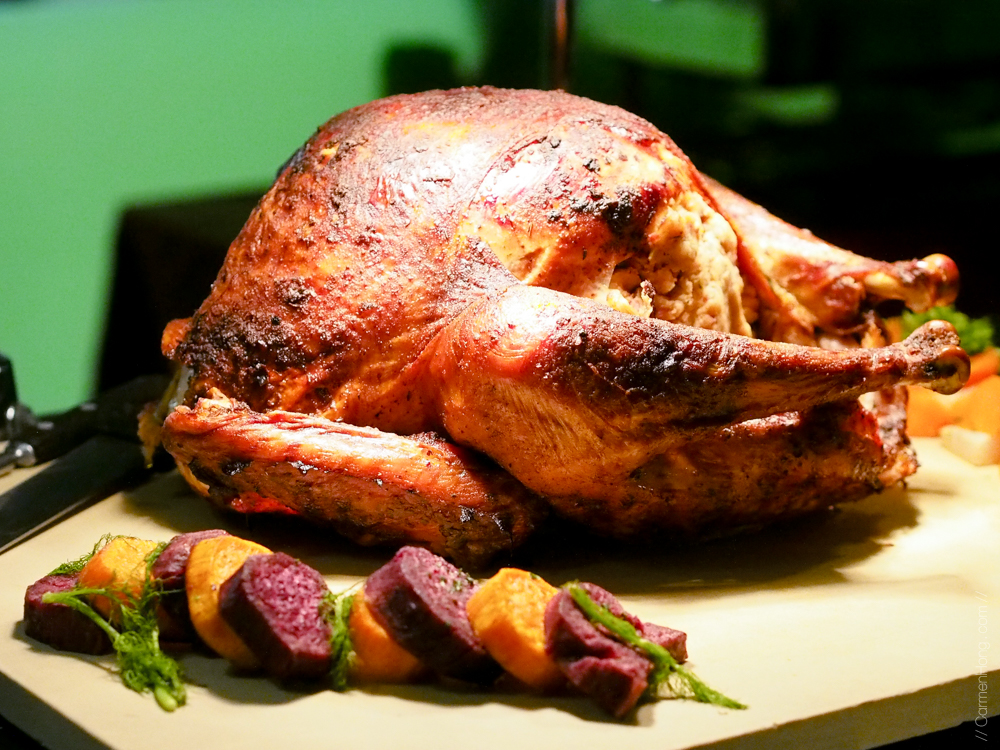 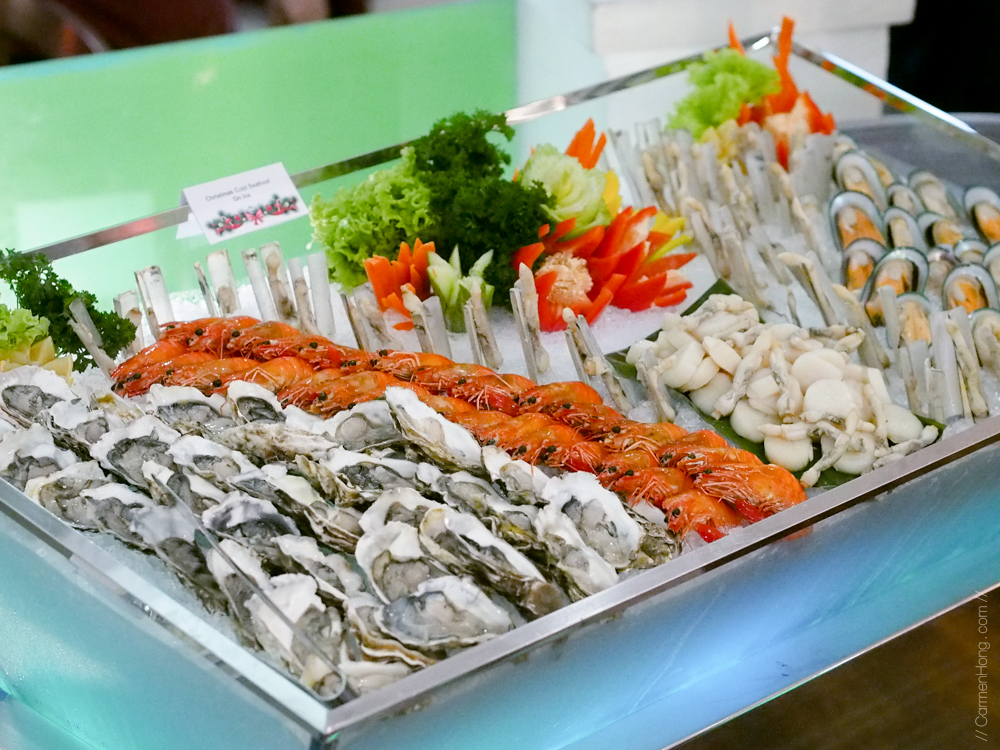 Other than these, there are various other dishes from the spread with something for everyone! But my absolute favourite is the freshest seafood on ice which includes half shell fresh oyster, scallop, giant clams, green lip mussels, bamboo clam, prawns, salmon and tuna sashimi.

Below are the dates of the different dinners, along with the applicable prices. 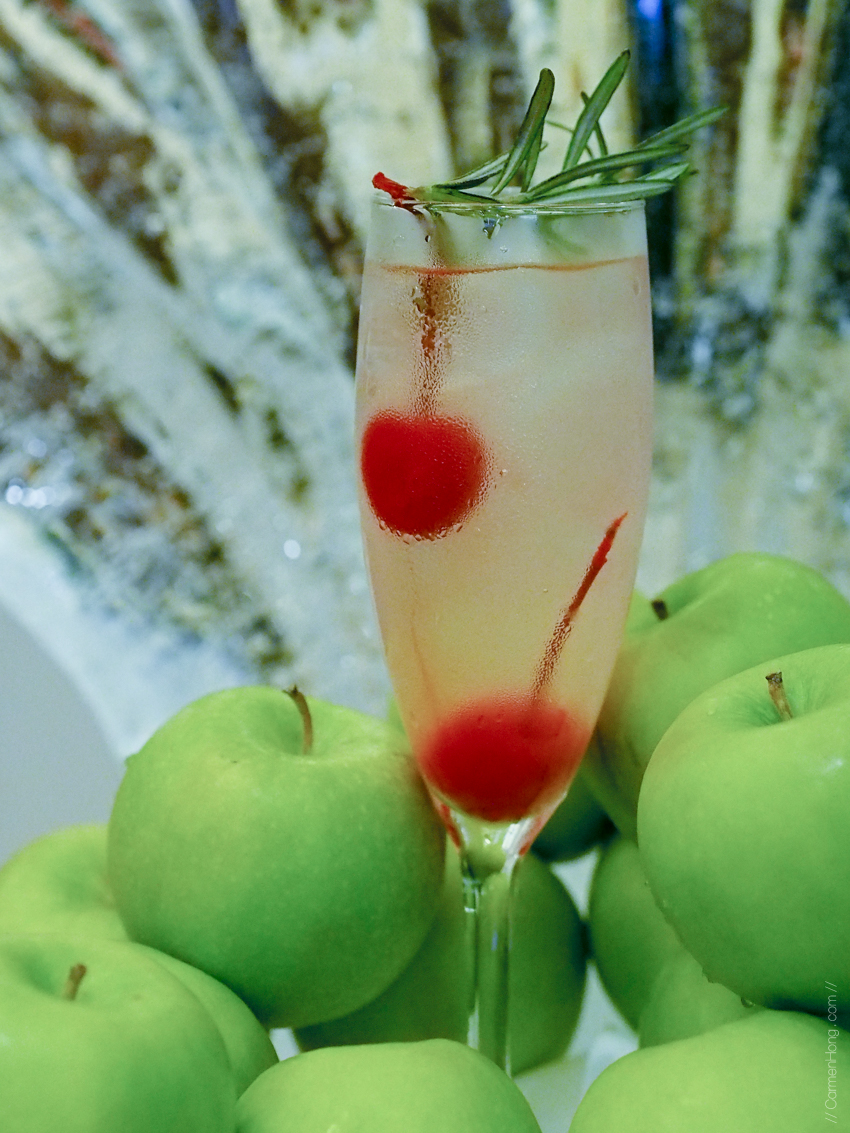 Alternatively, if you prefer to enjoy a romantic atmosphere in Christmas you can also visit the award winning fine-dining restaurant known as Samplings on the Fourteenth. Here at Samplings on the Fourteenth, there is the Christmas Eve Set Dinner on 24 December 2017 which is RM178 nett per person; inclusive a glass of Carlsberg draft, house wine, house cocktail, soft drink or chilled juice. For the New Year’s Eve on 31 December 2017, it is a 5-Course Set Dinner priced at RM218 nett per person; inclusive a glass of house wine or house cocktail.
The New Year 2018 countdown in Berjaya Times Square will be happening on 31 December 2017 at Broadway Lounge from 11.00pm till 2.00am where you can enjoy an unobstructed view of the famous Twin Towers or spend it at a countdown party at the Poolside Gazebo from 9.00pm onwards for an annual Fireworks Extravaganza which will be lighting up the sky. Both priced at RM50 nett per adult and RM25 nett per child (12-15 years old); inclusive a glass of beer, house wine or house cocktail.
Christmas goodies are also for sale and pre-bookings available in the Life Size Gingerbread House situated at the hotel lobby; such as various selections of Takeaway French Turkey, Christmas Chocolate House, Red Velvet Chestnut Yule Log Cake, Christmas Fruit with Icing Sugar and many other selections; starting from RM16 nett – RM388 nett.
To make a reservation or for further inquiries, please call Big Apple Restaurant at 03 2117 8000 (ext. 8133), Samplings On The Fourteenth (ext. 8131), Broadway Lounge (ext. 8127) and Poolside Gazebo (ext. 8977) or log-on to: www.berjayahotel.com
Share

Out & About : My new everyday functional wear with dENiZEN™!