Remember my last post about the burgers in Smashies? I said then that, there are so many burgers joint mushrooming faster than I can say “Buuuurgers”. Well, guess what there’s another new burger place and this time, it’s at Setiawalk, Puchong.

Before I go on about the food, let me just say that I hate that place. Setiawalk is the new hip and happening place to be in Puchong area, especially among couples, families and the young people. The concept is lovely, they have a lake(?)-ish place and boardwalk with restaurants lined alongside. But, parking there is absolutely horrible. It is very confusing and the spaces are very weirdly allocated albeit, being pretty huge. And it turns out that I parked close to the mall area when the restaurants were actually miles away from the mall. =.=” Like wtf. So, if you are heading to the restaurants, park near the blocks. It’s like office blocks at the higher floor and restaurants at the ground floor. 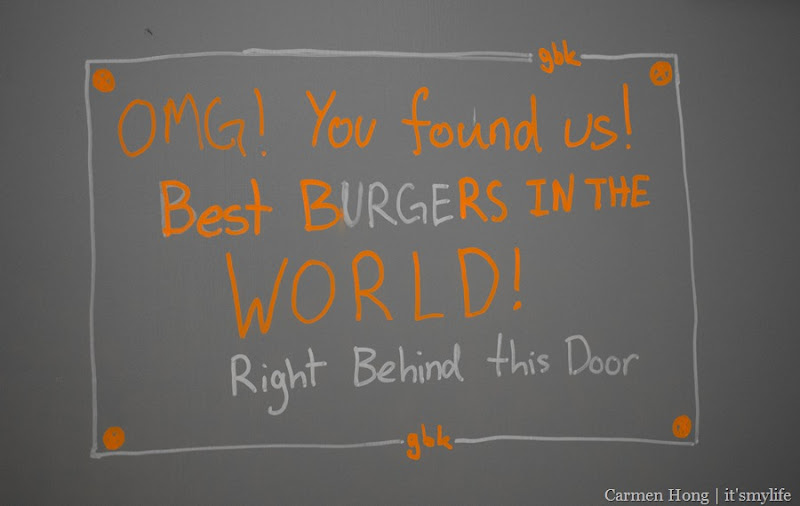 Now, finding this place is also a pain. I was there early, but I actually got lost trying to find Go Burger Kitchen. To make matters worse, I didn’t see any directory around the area. I walked for at least 30 minutes with my heels, before I finally found it. It was located on the first floor, so you would have to take the stairs up. You can take the stairs up once you see BMS Organics. If you take the lift, look out for the door scribbled with words (as shown in the picture above) because you will be greeted by doors when you take the lift up. 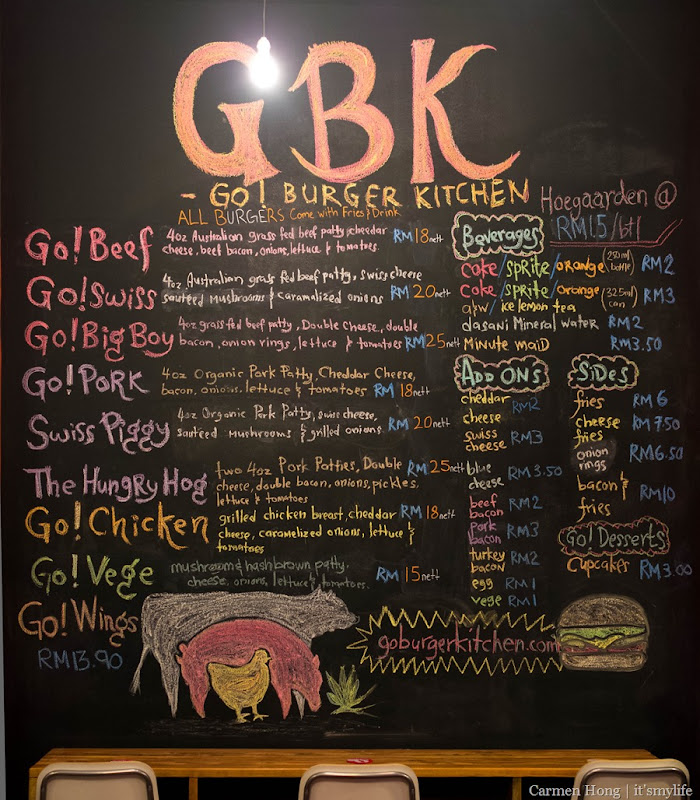 The Menu | A really huge menu, written with chalks on a wall painted with chalkboard paint.

Now that I know such paint existed, I am so going to paint my wall with this paint. 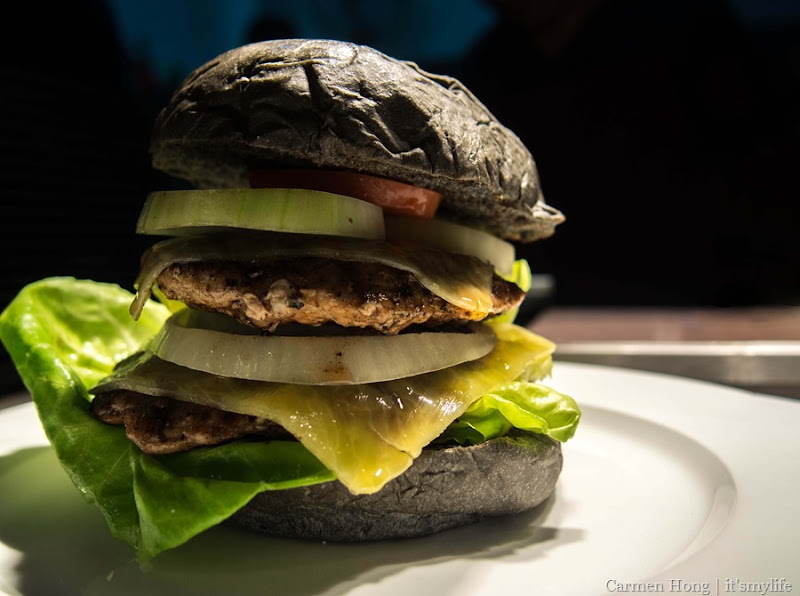 I had a taste of the patty and I quite like it. It was marinated well, but the patty were thinner than what I was used to. The charcoal bun was soft and easy to eat. (I didn’t really get a taste of this burger, just the patty.) If you’re wondering where the bacon is in the picture above, it was because of the angle of the picture taken. You’ll find the double bacon below. 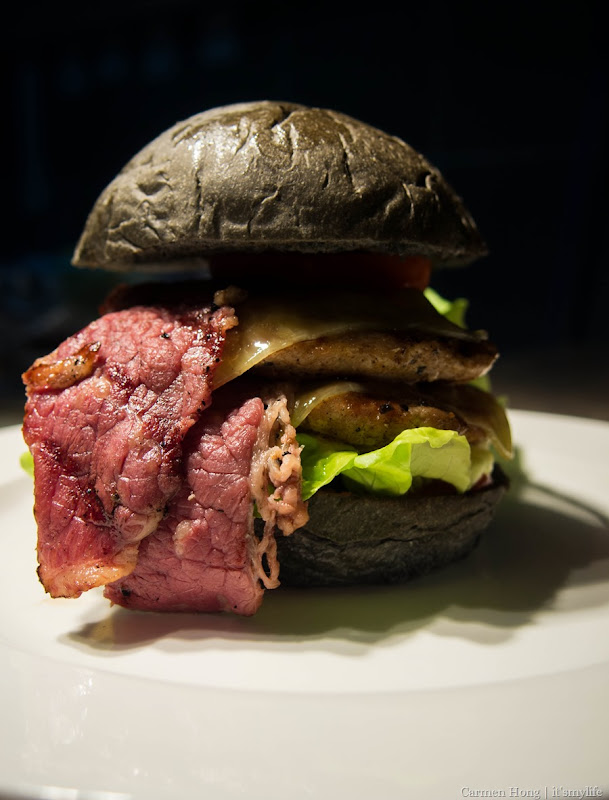 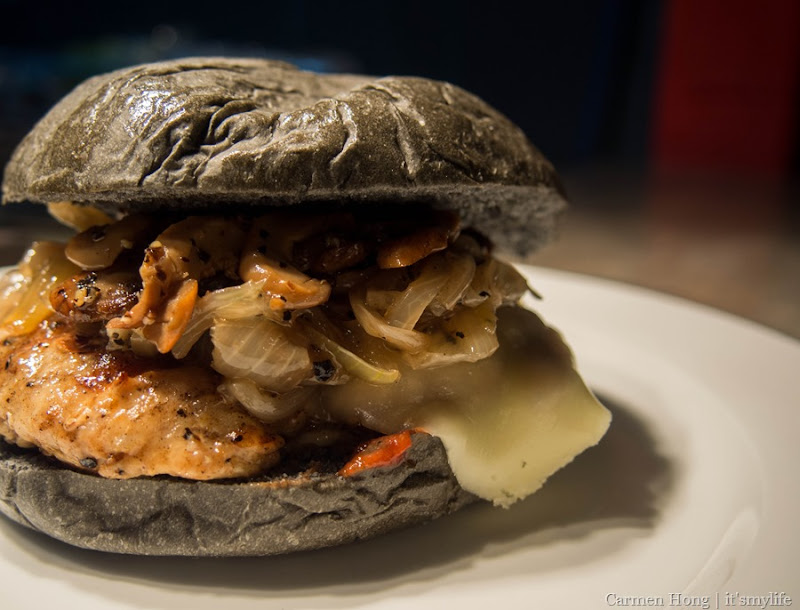 The mushrooms used here were Champignon mushrooms, which pretty much reminds me canned button mushrooms that my mom used to cook. I found it funny that they used this mushroom to sautéed as I would have chosen to use Swiss brown instead. They are more flavorful, IMHO. This is the Go Burger Kitchen’s best seller. Looks delish, right? 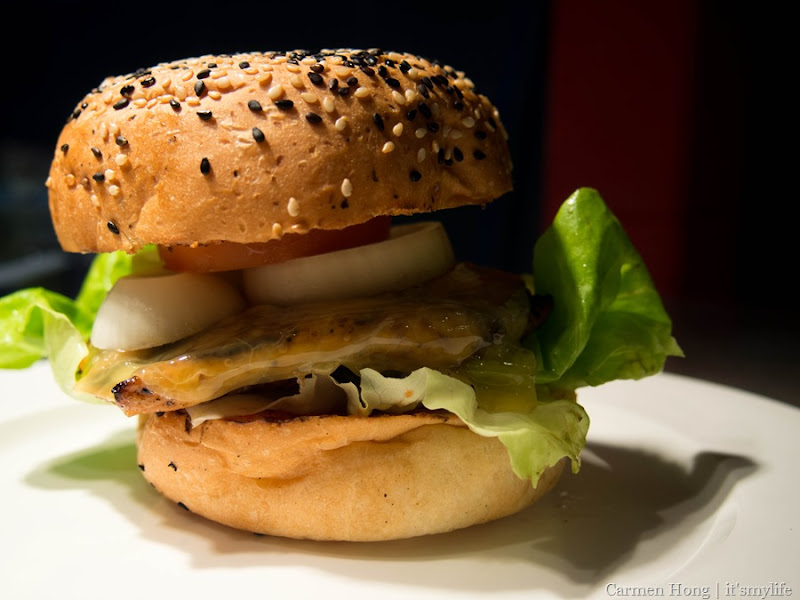 I love the sesame buns used for this burger, it is such a nice change compared to the common black charcoal buns. Nowadays, everyone is going black and that becomes the norm. The cheese appears somewhat transparent here because it was flame grilled before being served. 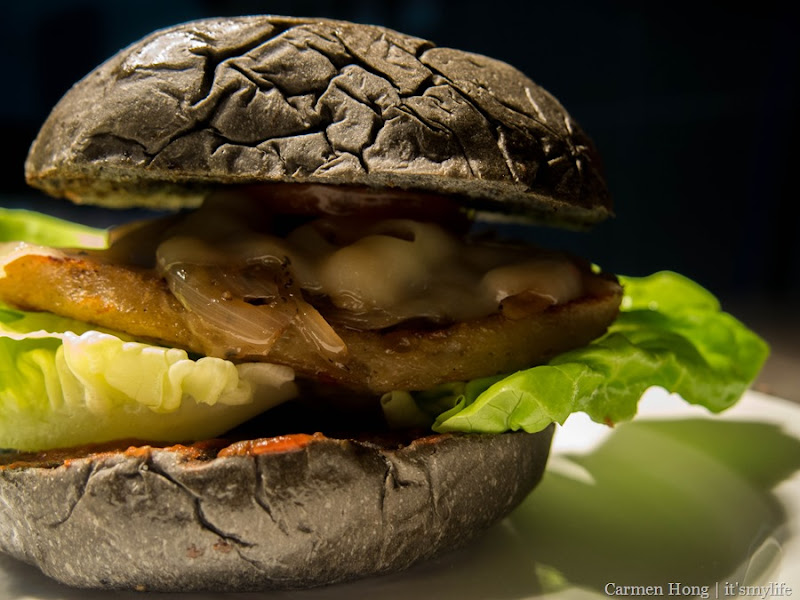 Vegetarian burger have never looked so good before, I would actually eat this burger. Although I would say the price is a bit steep for a vege burger. The next few burgers are ones that I actually tried and tasted, so I guess the review actually starts here. 🙂 Also, point to note that these burgers are actually part of a special menu in which the recipes are still a work-in-progress. 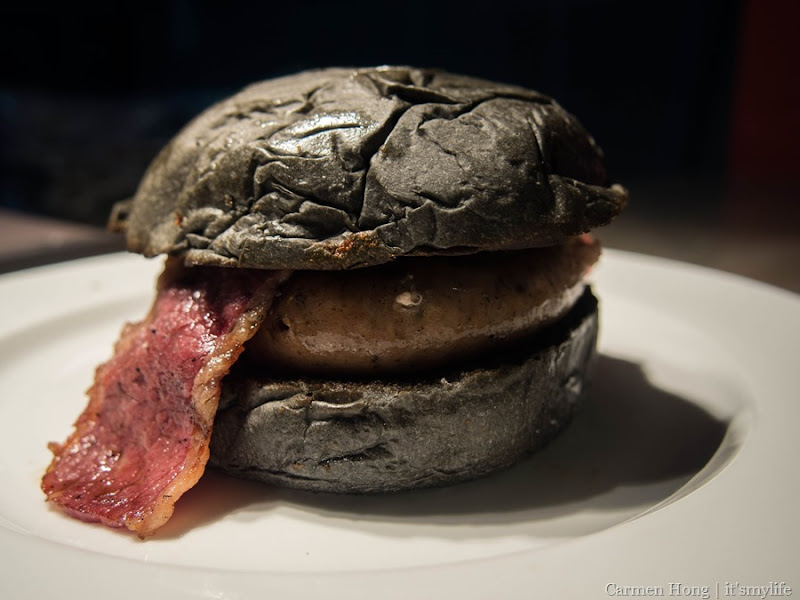 This is probably the most hideous looking burger I have ever seen, but it was also the first and the best sausage burger I have ever tasted. It is served rolled up, logically it isn’t the typical type of burger to eat using your hands, I used a knife and a fork to eat this. The sausage was really tasty with spices and the beef bacon was just mhmm-awesome. Usually served with pork bacon which apparently, would be a better pairing. Also, this burger is pricier than the rest because it is 5oz compared to the 4oz patties. 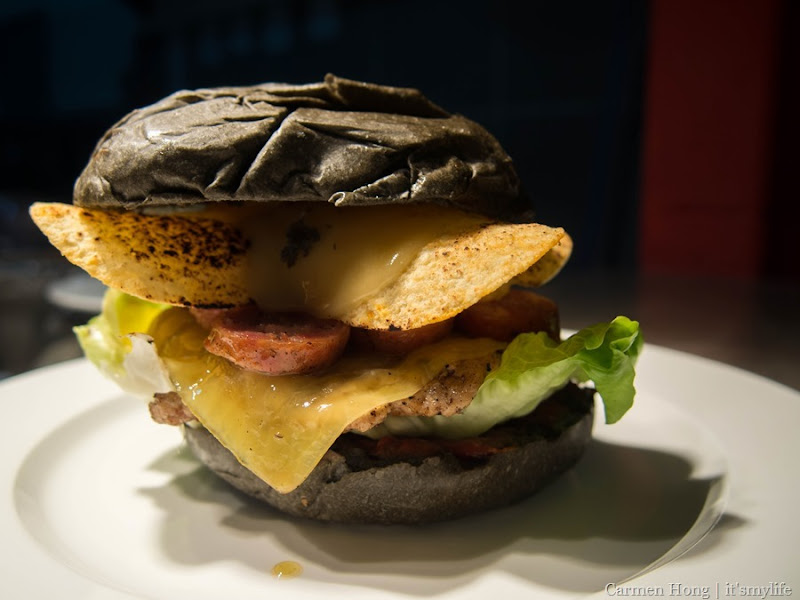 I have never tasted Chorizo sausages and I had no idea they were this tasty. It was slightly spicy and totally flavorful. I really suck at describing flavors, but this is the bomb. The sausages are imported from Spain, so you can be assured that this is as authentic as it can get. I don’t know what to say about having Pringles in the burger, it’s a nice touch but one I don’t feel necessary. (Maybe cause I ate it separately.) Also, I didn’t really taste any salsa sauce in this, but overall I loved the burger. 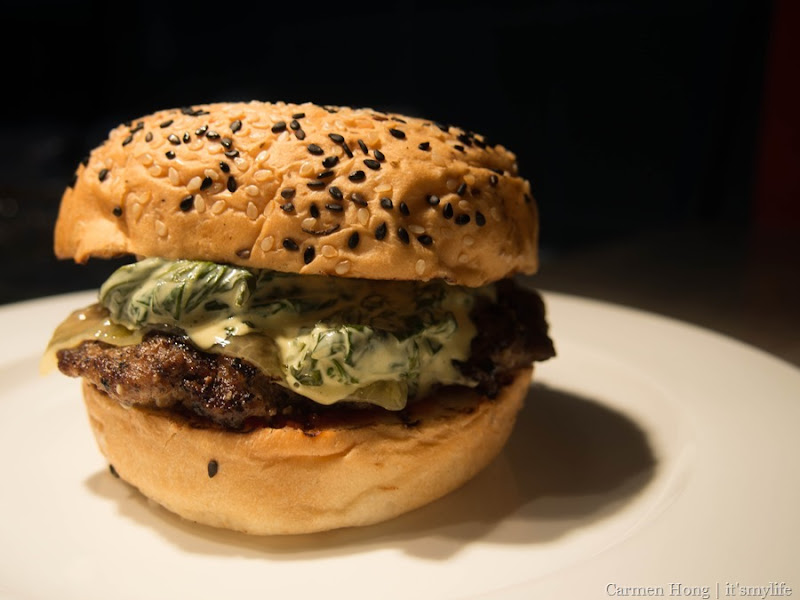 I CAN HAZ 10 OF THIS AND I WILL DIE HAPPY. I’m dead serious about how good this was. But, this is just my opinion okay, don’t come and hunt me down when if you didn’t like it that much as I do. It’s a downright, super simple burger, even you can make it at home if you’re like a chef. But no one, has ever thought of marrying creamy spinach with patties so kudos to Chef Rao. He is the chef and the owner of Go Burger Kitchen, super nice and friendly guy. He appreciates comments on his burgers, so the next time you’re there, let him know what you liked or disliked about the burgers. 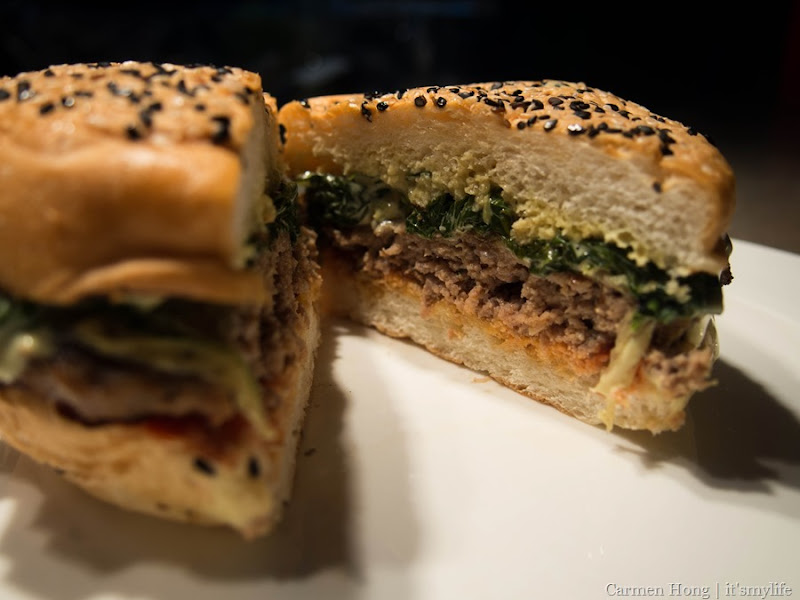 The Goblin, RM27 | Cross section of the burger. Yummy!

If I am not mistaken most of the the burgers have tomato paste as a base and if it comes with cheese, it would be flame grilled with a torch. All burgers comes with fries (made in house, with no added preservatives) and a drink. 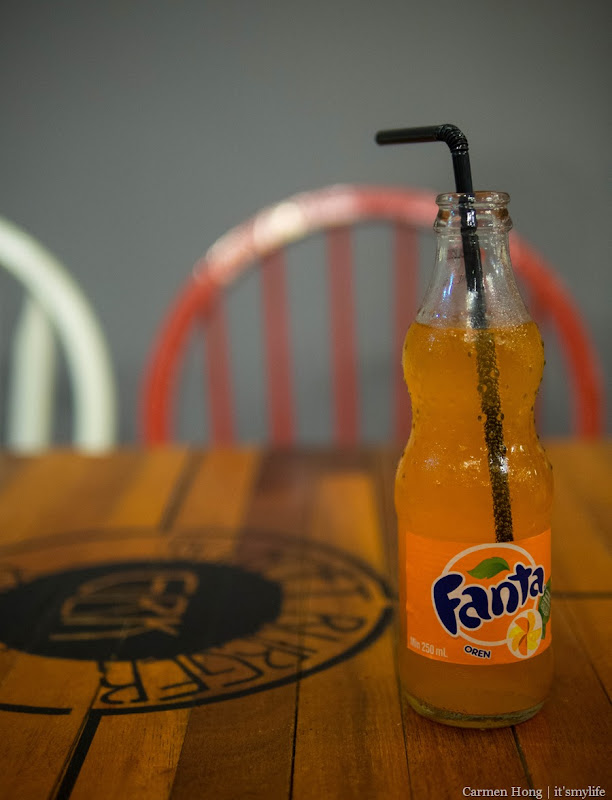 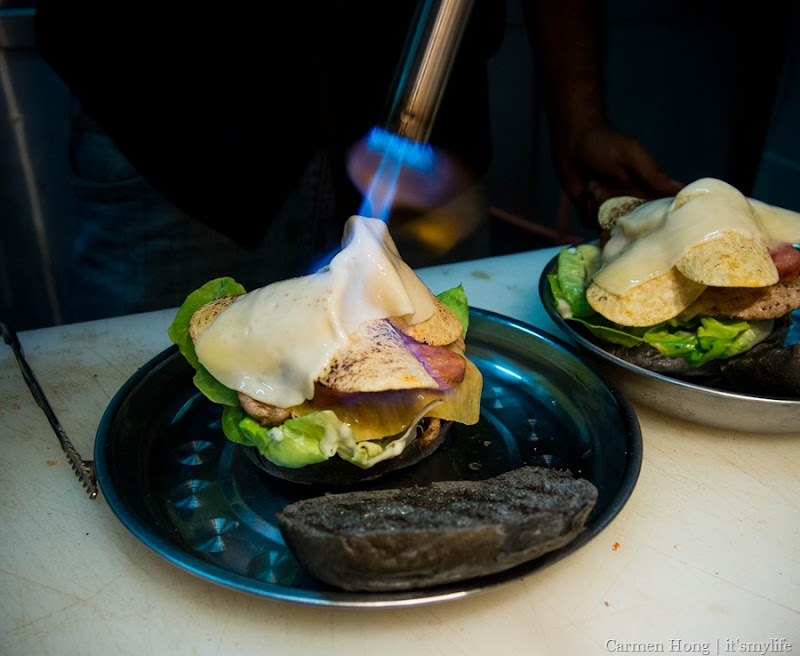 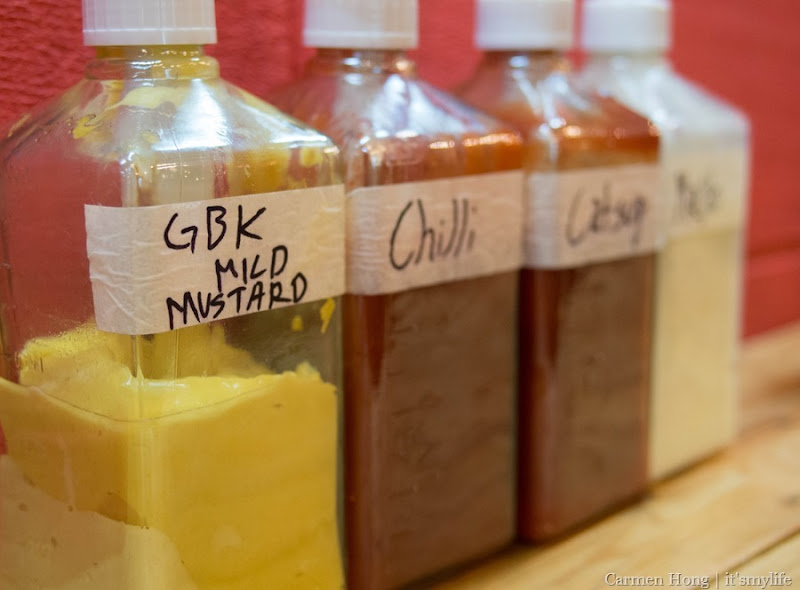 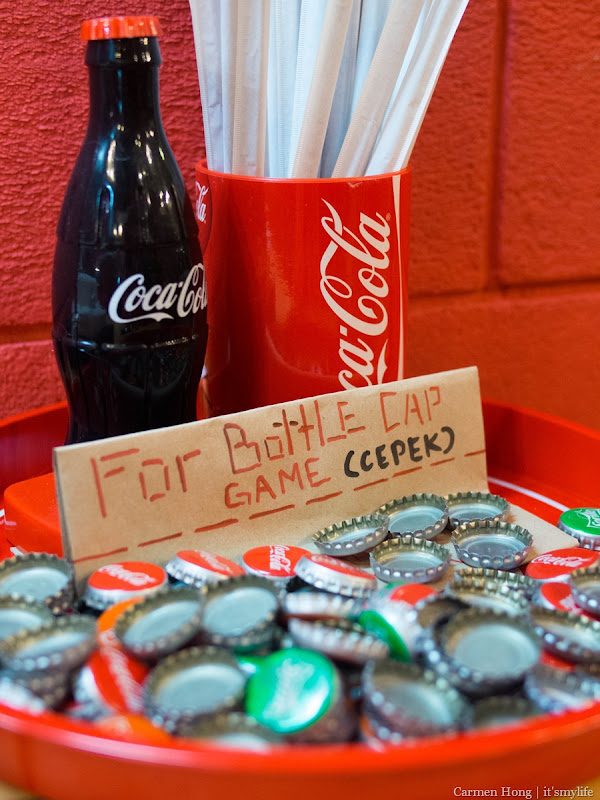 Cepek? | Never played this game, no idea how to play. But, 😉 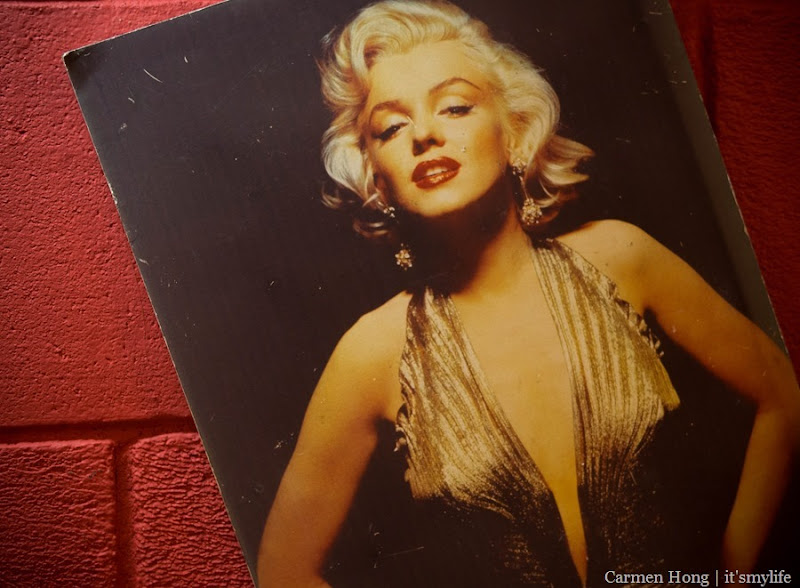 Marilyn | Love the deco in the place, it is a pretty cool place to hang out and chill. 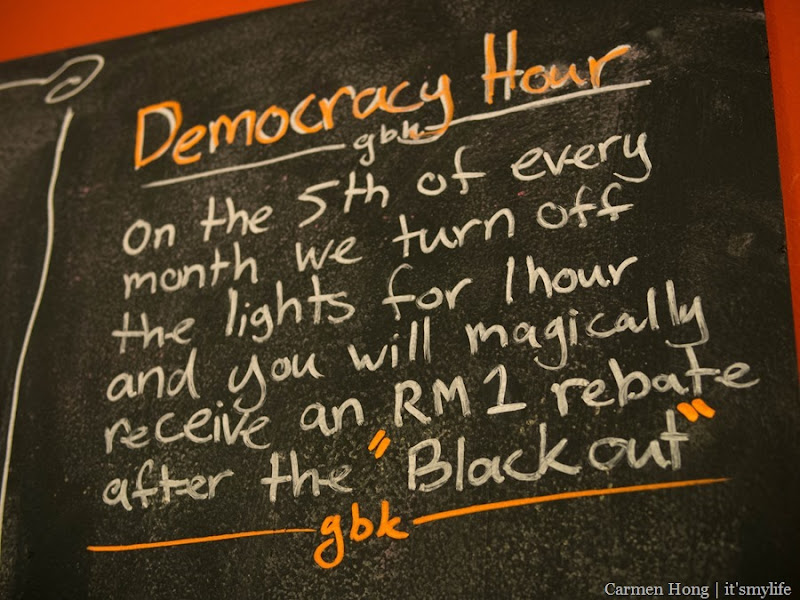 HAHA | The guys at GBK have a really good sense of humor. 🙂 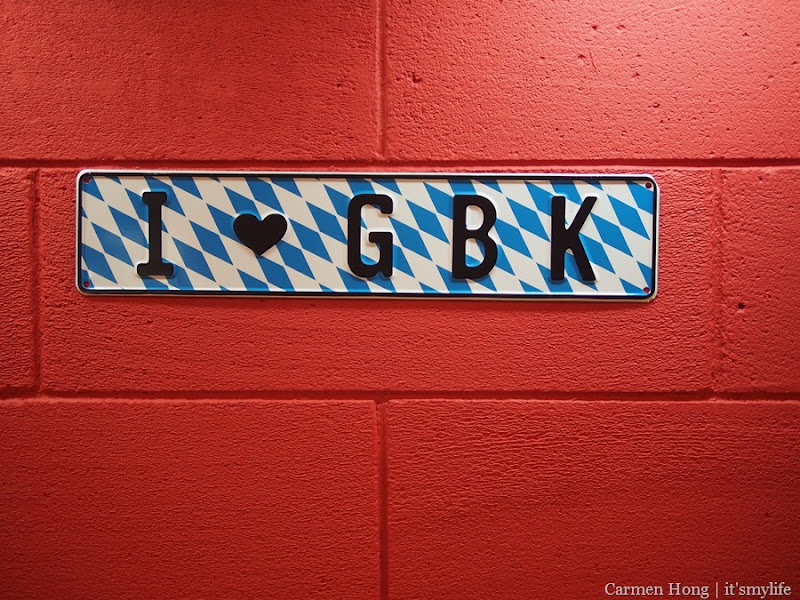 <3 | I do, and I’m definitely going back. Especially so, because Chef Rao said he’ll make even more improvements on the burger.

&. Thanks to Foodirector and Go Burger Kitchen for having me. +

Pictures in this post were shot in RAW with an Olympus EPL5 with (mostly) 14-42mm kit lens and some with Panasonic Leica 25mm f1.4. Edited using Adobe Lightroom.