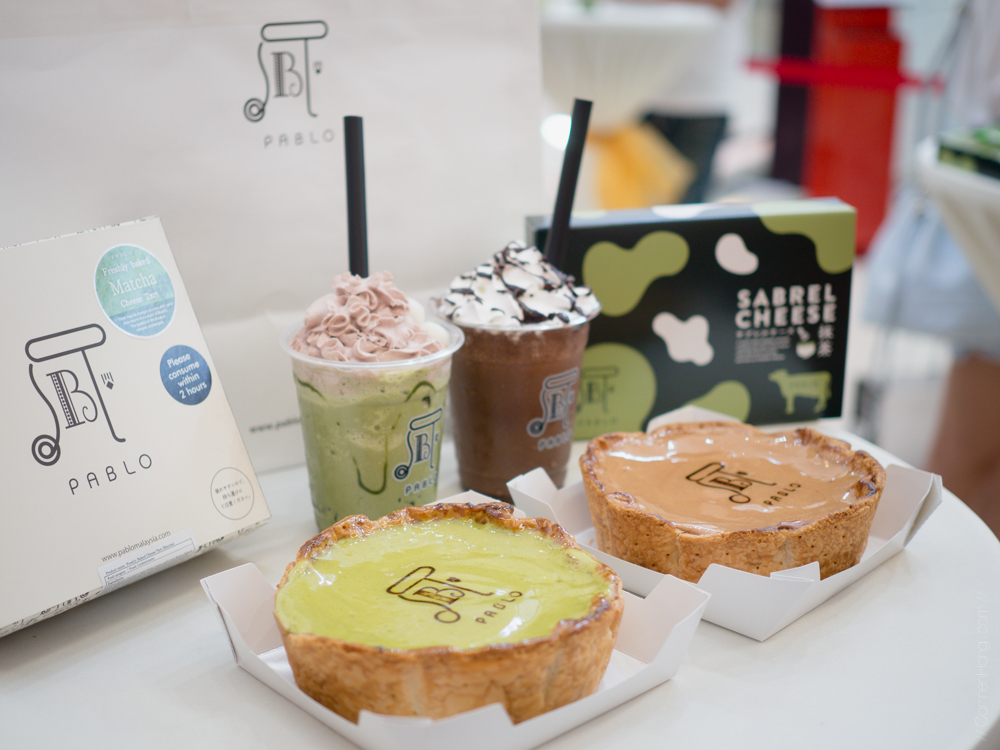 The No.1 Japan’s world famous cheese tart can be found in the grounds of One Utama Shopping Complex (Second Floor at the Old Wing) in PABLO’s Malaysia first ever outlet. Ever since PABLO’s Malaysia opened, their PABLO mini cheesetart have always sold out daily. Whilst I love the Mini, I do also enjoy eating their Freshly Baked Cheese Tart too. The texture of the crust and the cheese fillings are fluffier and lighter in the Cheese Tart. So it came as a delightful news when I found out that PABLO’s Malaysia is introducing their range of Matcha and Chocolate products! If you’re curious what these products are, read on more below ! 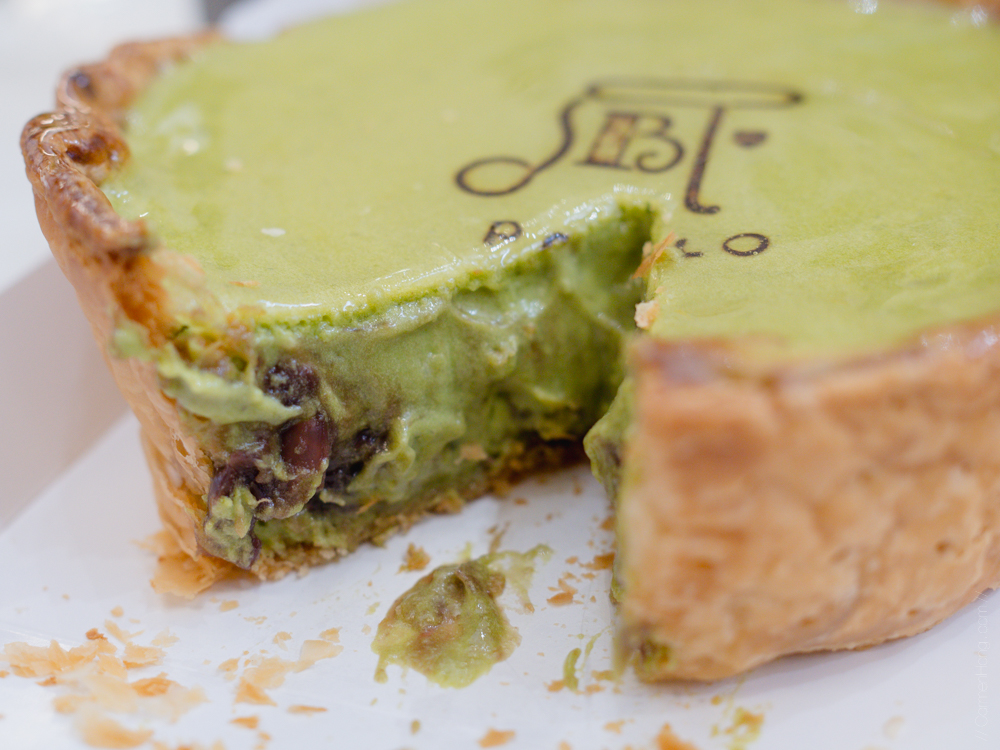 Freshly Baked Matcha Cheese Tart with Shiratama & Azuki | RM49.90
If you loved their Freshly Baked Cheese Tart in their signature cheese flavour, you’ll welcome these two additional flavours introduced. ; matcha and cheese. Freshly Baked Matcha Cheese Tart with Shiratama & Azuki, as its name suggest have chewy bits of shiratama placed randomly within the cheese tart. You’ll also find plenty of yummy azuki bean paste, complementing the rich matcha taste! Matcha lovers, would definitely enjoy this very much! There is only a slight hint of cheese, so the matcha flavour is actually stronger in this tart. I would suggest to eat this chilled rather than fresh from oven, giving the matcha cheese filling more form/shape. 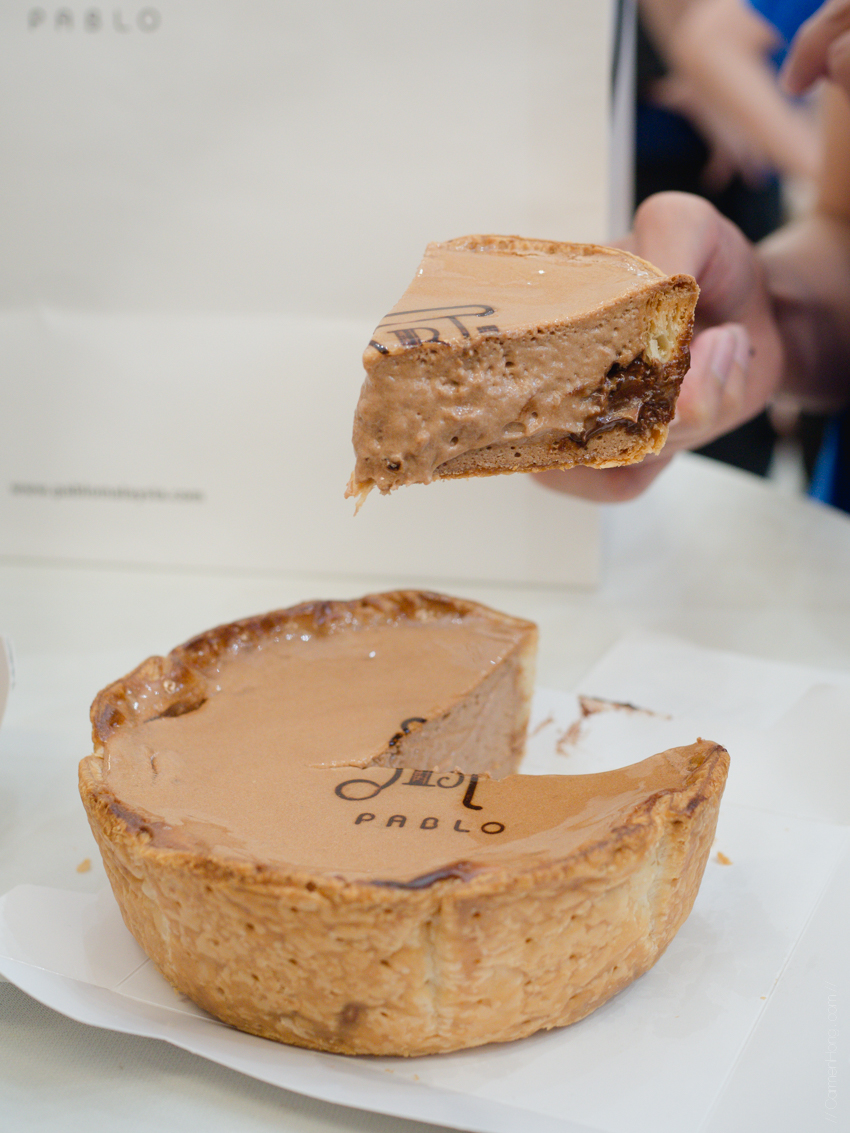 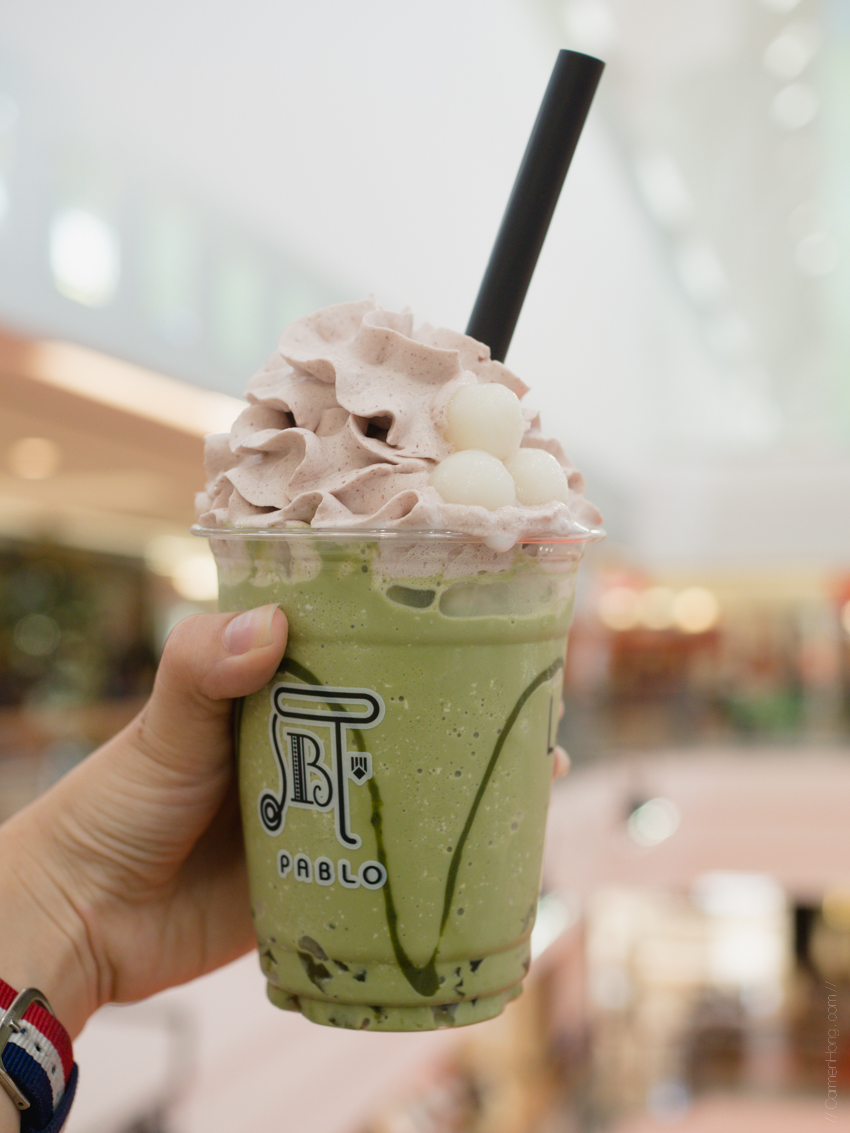 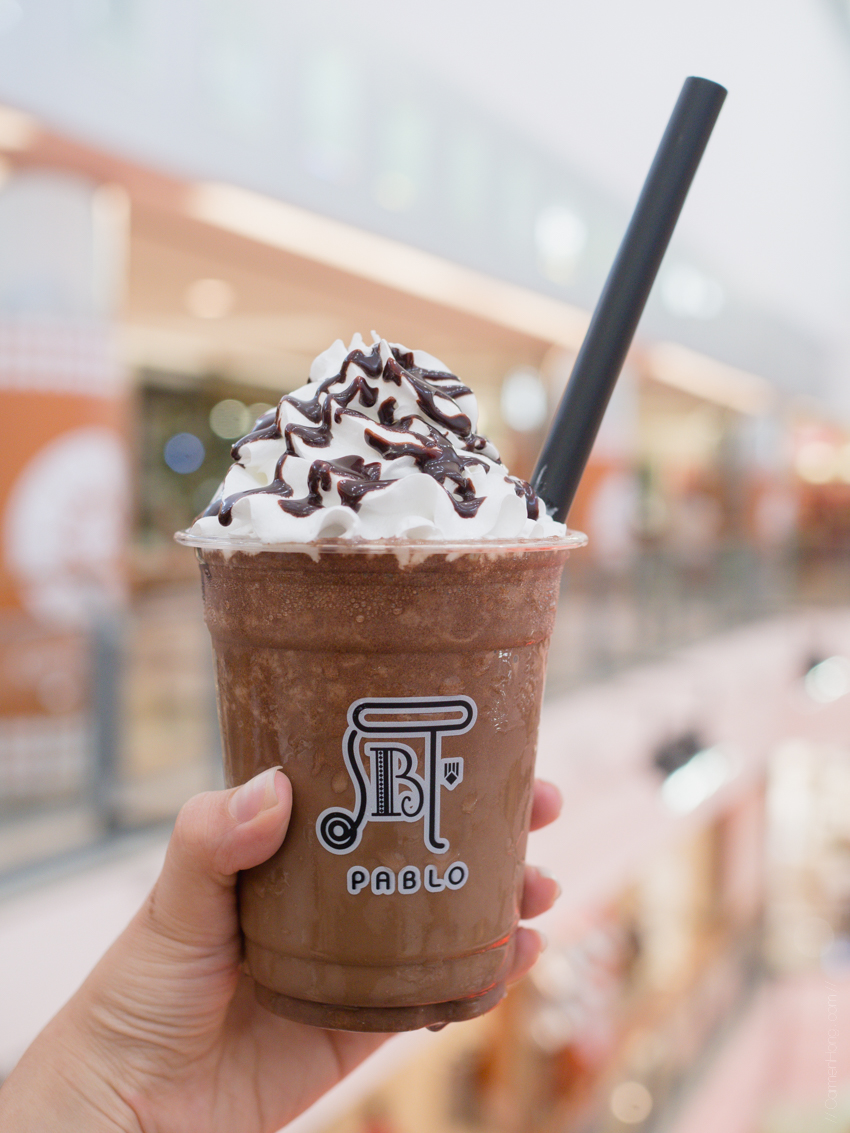 Special Chocolate Frute | RM15.90
The frute is a cheese flavoured blended drink which is supposed to let you taste their yummy cheesetart without actually having to chew, like if you would have to when you eat their Freshly Baked Tarts. Similar to the two new Freshly Baked Tarts above, they have introduced the same flavour for PABLO’s frute. The Matcha with Shiratama Frute, of course have the matcha cheese flavour along with the shiratama but the azuki is actually in the form of azuki cream. The Special Chocolate Frute actually has a richer chocolate taste and is topped with whipped cream, then drizzled with chocolate sauce. 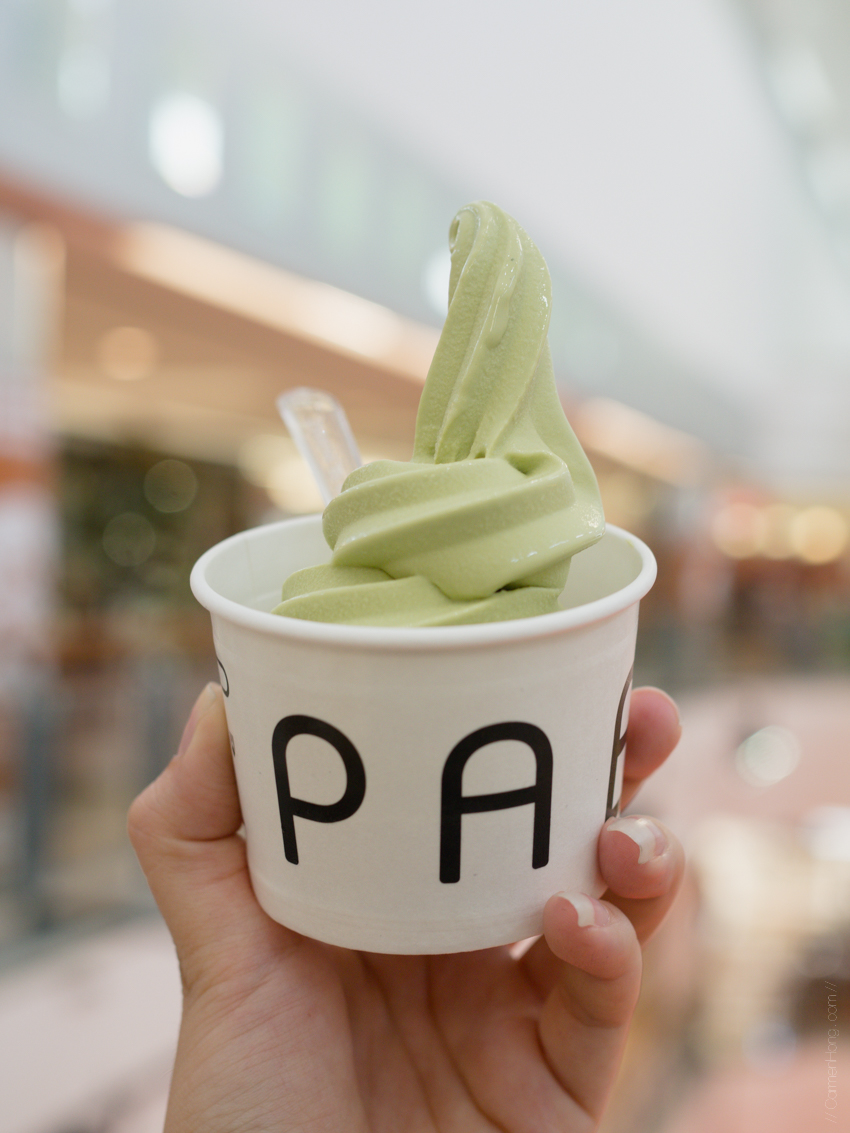 Matcha Cheese Soft Serve | RM11.90
I have always been a fan of soft-serve, so it’s a not suprise that I really love their  Matcha Cheese Soft Serve. The cheese flavour is subtle and appear more as an aftertaste, the matcha is definitely more prominent. Besides this all, PABLO have also introduced the Sarabel Cheese in Matcha flavour. 🙂 And that is all the new products that PABLO is offering now. So, if reading this have officially made you hungry, then you know where to head on over to! 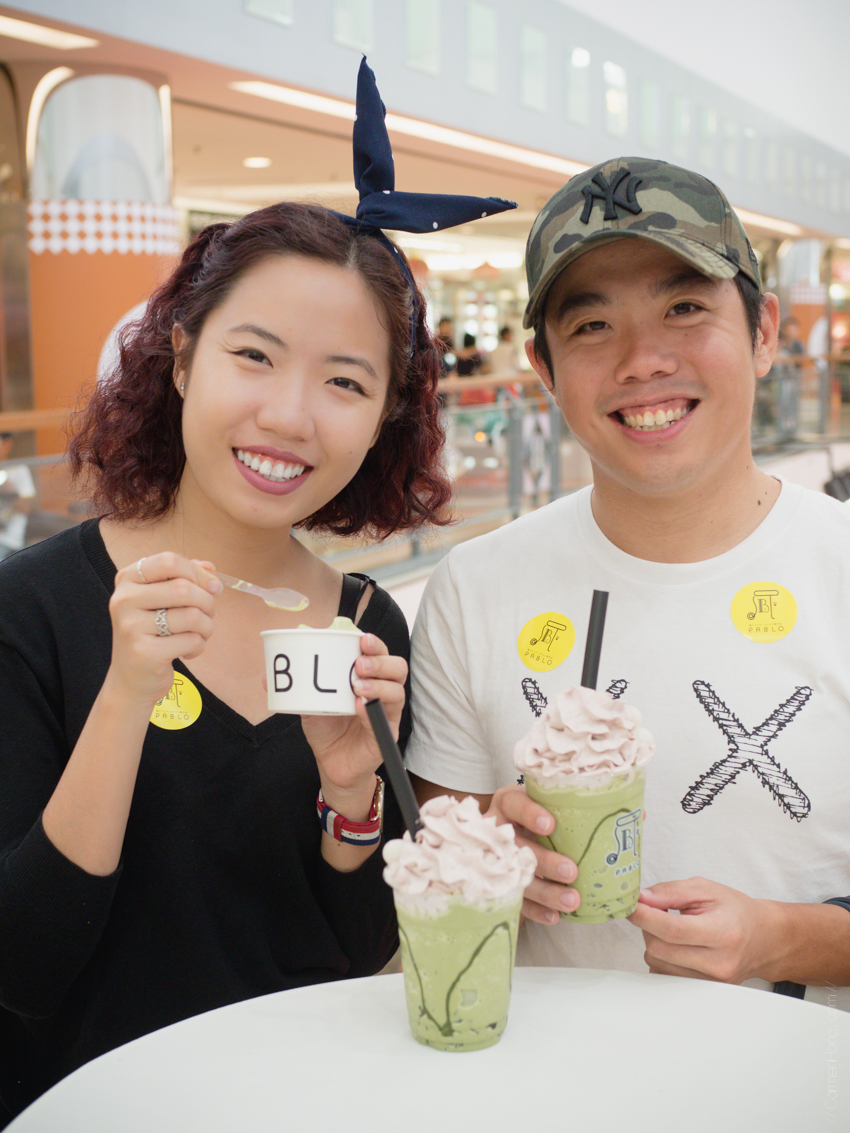