I’d recently turned two decades old, and I had my birthday dinner at this lovely, cosy restaurant in Mon’t Kiara. It is located right next to fast-food chain, Wendy’s and these two restaurant were the only ones occupying the building. Because of this, it is actually alright to opt for the al-fresco dining. Although, it may feel a bit claustrophobic for some. I don’t know, but I certainly felt that way when I saw the tables outside and I really couldn’t imagining dining outside.

I love the interiors of the restaurant; when we first came in, we were greeted by the a bar. It has that cosy and warm feel to the place. We were actually given a seat downstairs, but I asked if we could get a place upstairs, because I’m pretty sure it’ll be more private upstairs compared to below. And true to that, upstairs was really nice and quiet. It felt as though I was going to have dinner at a friend’s place. They had sofas and a fireplace, although that isn’t a functioning one.

So, when I saw the restaurant and I was greeted with majority of pasta and pizzas, I had simply assumed it was an Italian restaurant. Until I came home and google-d them out, to discover that it was actually serves Mediterranean cuisine. (See the complete menu here.)

Anyway, I’ve babbled enough so let’s move on to some of the food we had that night. The pictures are not that clear because the lightning had meant to give it a cosy feeling. 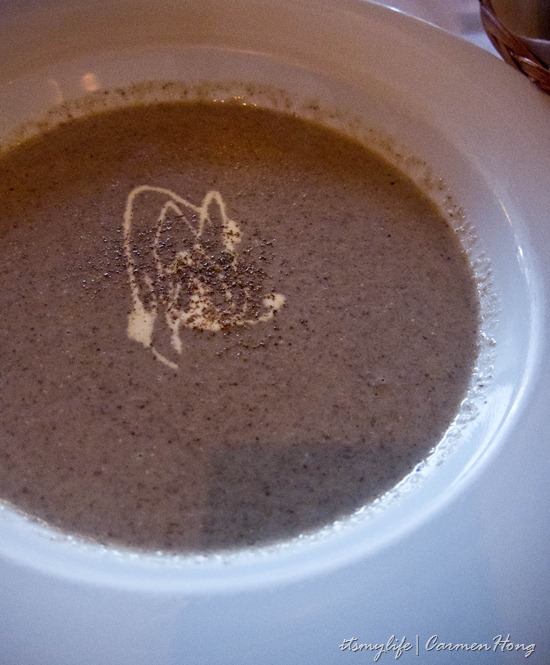 I quote Jason, who said the soup was mushroom-y. Well, duh. What he meant to say was that the soup was rich, but not so much in my opinion. It was thick, yes but somehow I felt like the mushrooms were blended. It didn’t have the chunky bits of mushroom that I’ll love to chew on. 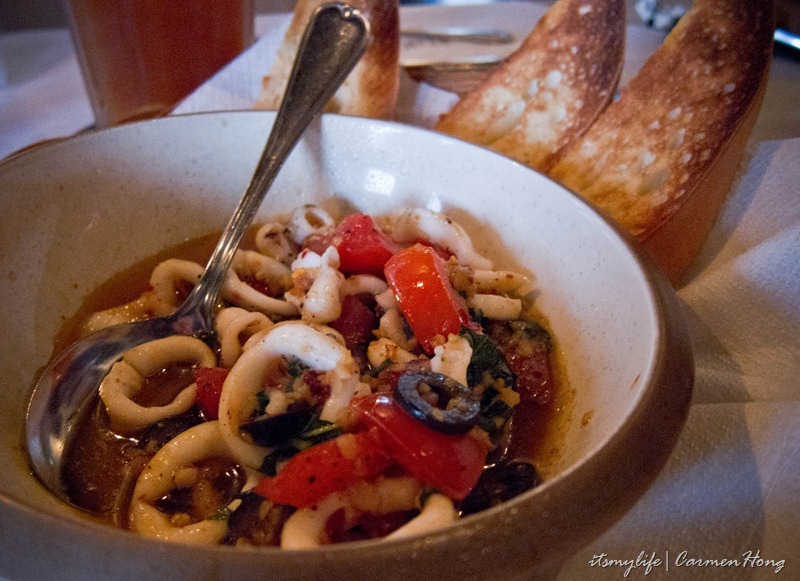 This is goooood. I’m serious. It looks pretty normal (weird even), and you might think what a funky combination to have calamari and olives with tomatoes together. But the taste really blends well, and this is probably because a lot of garlic was used. If you love squids and garlic, you have to try this. 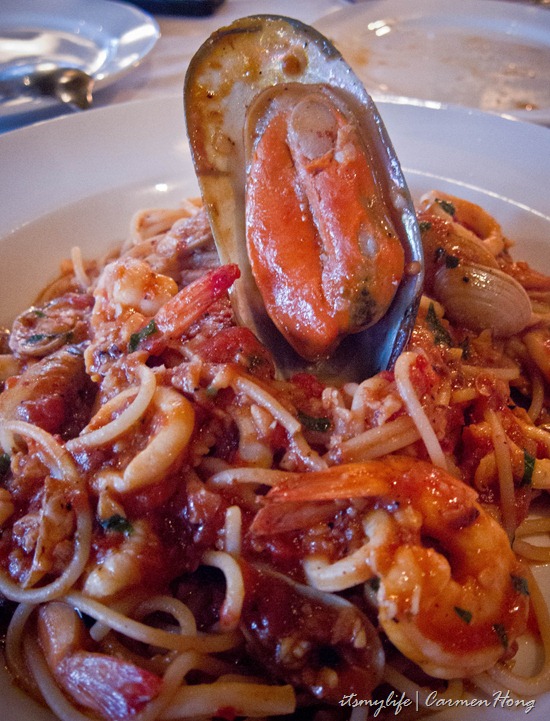 When it came to my turn to order, I stared and stared and stared and stared and stared… Okay, you get my point. Too many to pick from, I was really spoilt for choice. Ended up picking the recommended pasta off the menu. After all, you cannot go wrong with a pasta named after the restaurant’s name. Plus, it had seafood (clams, prawns, squids) in them, my favourite! It turns out to be pretty good, unique I must say because the tomato sauce was slightly spicy and had a tangy taste to it. The serving size was a little too much for me, could finish it up. And I would have preferred my clams to be peeled; it came with the shells. 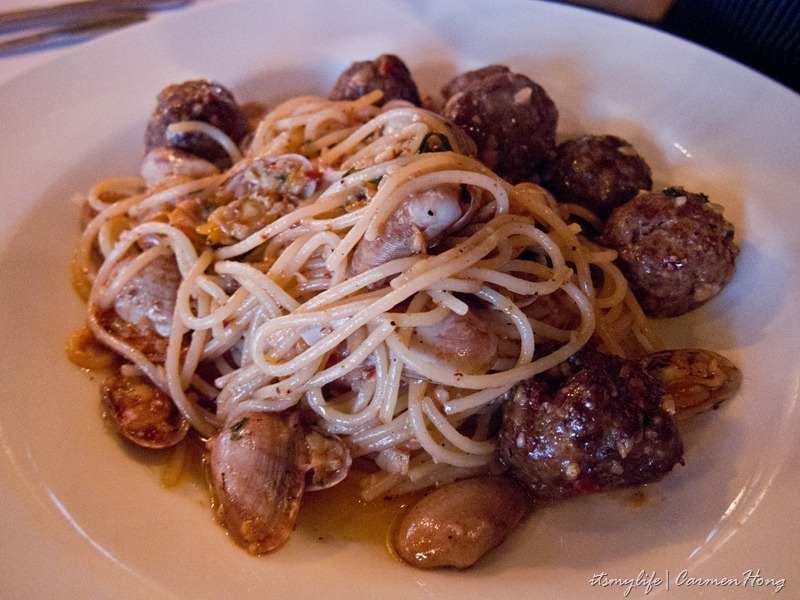 I’d actually didn’t try this pasta dish but I was told that it was pretty good although it was tad oily. It also had a bit of spicy aftertaste. I know the meatballs were really meaty and nice, I did manage to try one of those. The only other meatballs I ever had was from Ikea, of course you cannot compare it that way. This one taste way better than Ikea’s one. By the way, the meatballs did not come with the pasta. It can be added on to any the pasta of your choice. Kinda regretted not ordering that. Oh, well. There is always next time. Heh.

I didn’t take a picture of my drinks but I had the fresh lime juice, which was very refreshing and tasted really fresh. Like as though they just squeezed out tonnes of lime to make that juice.

Here is the address for the restaurant if you’re planning to visit;

I think that would be all for my entry this time, I’ll be trying to write more about food. Those posts will be labelled as Eat/Food. Look out for them! 🙂 And oh, I met the ever so lovely Esther there, she was there to celebrate her birthday as well. It was a surprise to bump into a friend, which makes me somehow feel the world is so small. Feels like I live in a movie, haha.