Taking a break from my usual food reviews, this short post will be about the quick meals you can have in Damansara Uptown (which I feel is a food haven as it is). There are plenty of food eateries in the Uptown area and it’s one of those places I wished I had more time to explore. I said quick meals because these are what I call them as one plate dishes, everything served on a plate.
* * * * * * * * * * 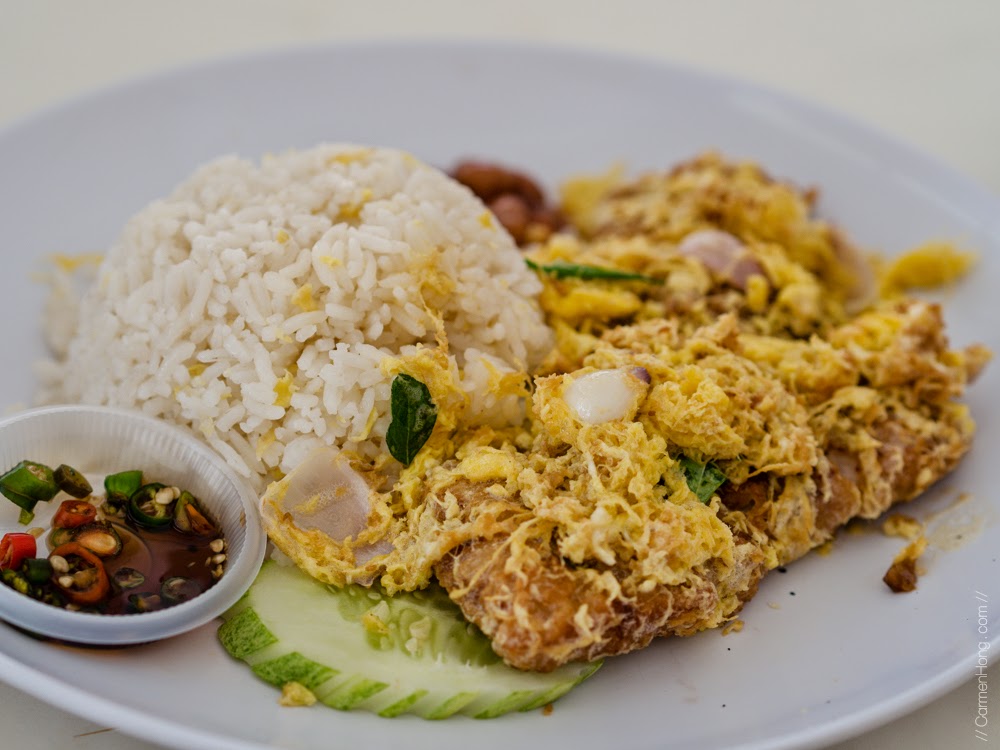 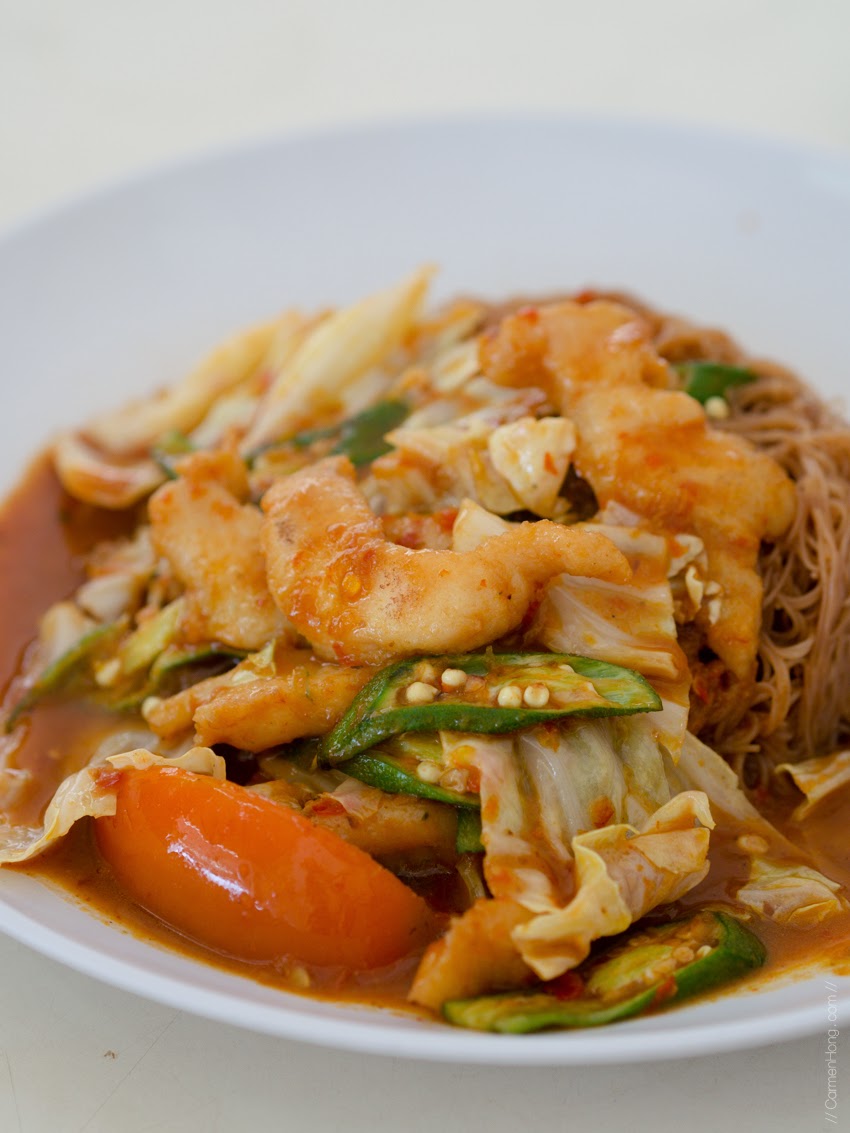 Assam Fish with Fried Mee Hoon | Dim Sum Kitchen
Dim Sum Kitchen, as the name suggests serves dim sum in the morning and in the afternoon, you can expect dishes like the above. Over here, you can pretty much mix and match. Say for example, you can pick your choice of meat and have them cook it the butter style and have it served with rice. Or you can have black pepper style with noodles. Just pick the styles from the menu and choose your rice/noodles. Just that easy. 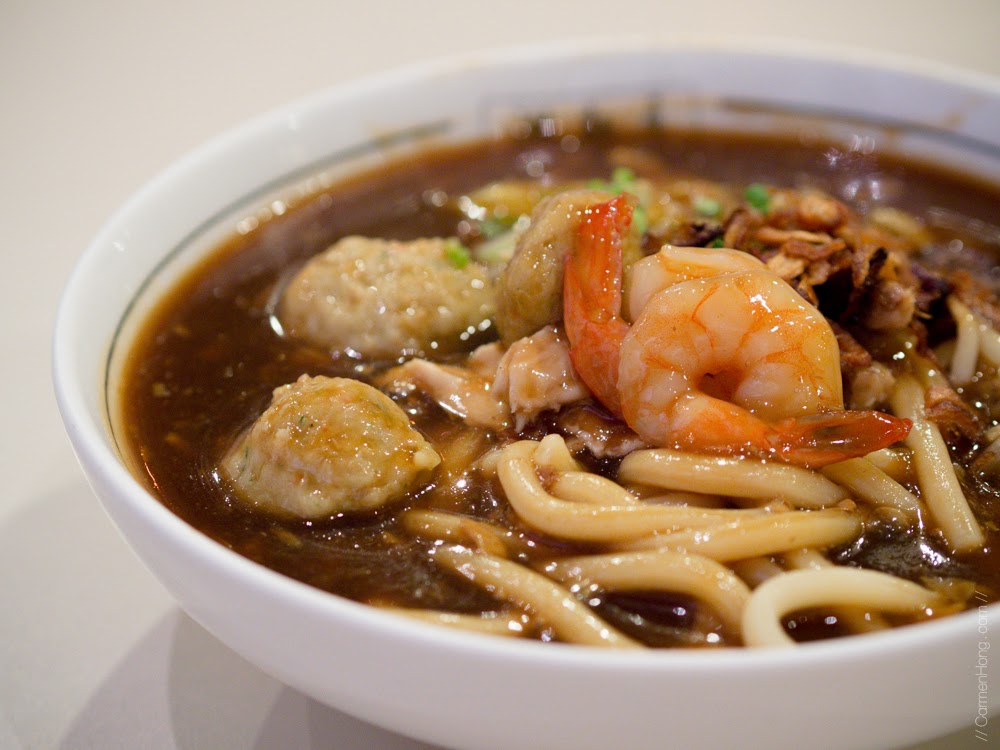 Lameeya is probably a familiar name for many because they have other branches elsewhere besides Damansara Uptown. Here, I tried their Original Lam Mee which comes with pork balls along with the usual chicken slices and prawns. The pork balls won me over, along with the deliciously thick broth. This dish was filling on its own, I could finish it but I won’t be eating it for a while now. There are other types of lam mee sold there as well as rice dishes too. 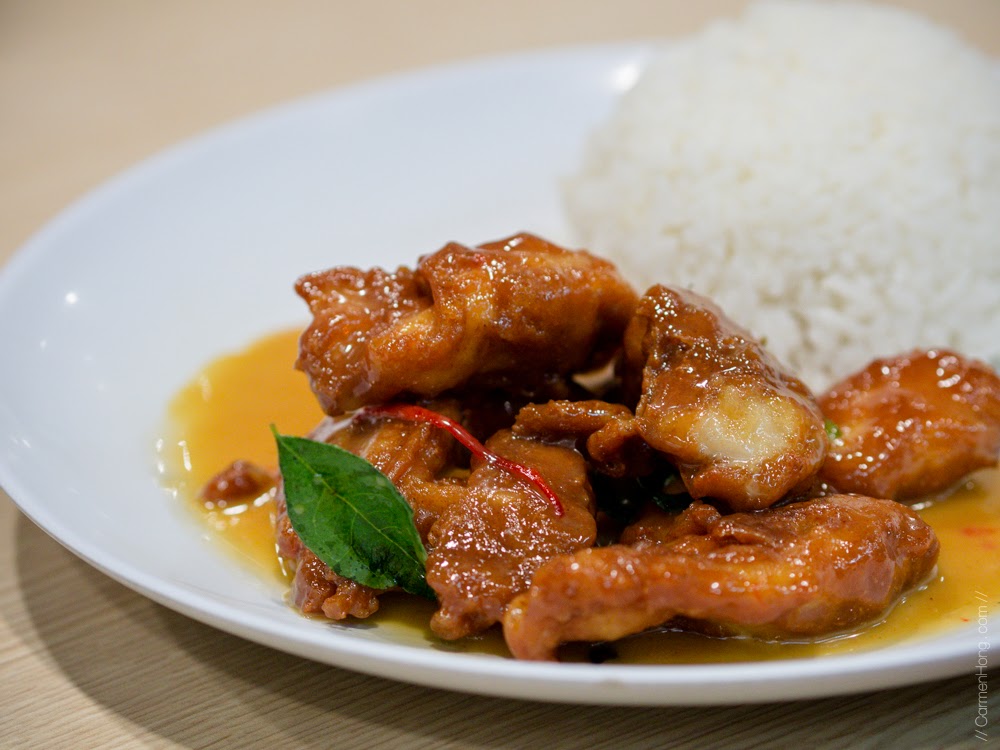 Butter Fish Rice | Fusion Kitchen
Initially I didn’t want to put this picture in this post, but as it turns out my other pictures were unusable. Hence, I decided to include Fusion Kitchen as well. But to be honest, I had their Butter Fish Rice and as good as it looks, it made feel like puking after having it. The butter sauce was cooked with condensed milk, making the whole dish super duper icky disgusting sweet. It also made the fish super sticky. I would stay away, miles away from this restaurant and no second chances given. The drinks was awful as well. But, the place serves no pork and they serve mostly Chinese style dishes.
* * * * * * * * * *
And that’s it, peeps! This list is hardly exhaustive and I have barely scratched the surface for all the delicious quick meals you can have in Damansara Uptown. I might actually do a part two on this, depending on when I’m back there again. 🙂 Hope you enjoyed reading this!
Till next time,
xoxo
Share