I’m never been a fan of “shopping mall’s food”, which basically means any food/restaurant found in shopping malls. With a few exception, of course. Somehow, I always prefer to eat out at restaurants; those located in row of shops and etc.. well, you get the idea. Why don’t I eat in the malls? For a start, the food are not the best ones around. They can sometimes be overpriced as well. For the same type of food, I could get it elsewhere and tastier too.

So, before I attended the food tasting session in Sakura Kristal, located inside of Giant Hypermarket in Subang Jaya, I was tad skeptical about the food. Something I know I shouldn’t do, because I should be objective.. bla bla and all that. But I just can’t help it. I’ve grown a distaste for shopping mall’s food since so-long-I-don’t-even-remember. 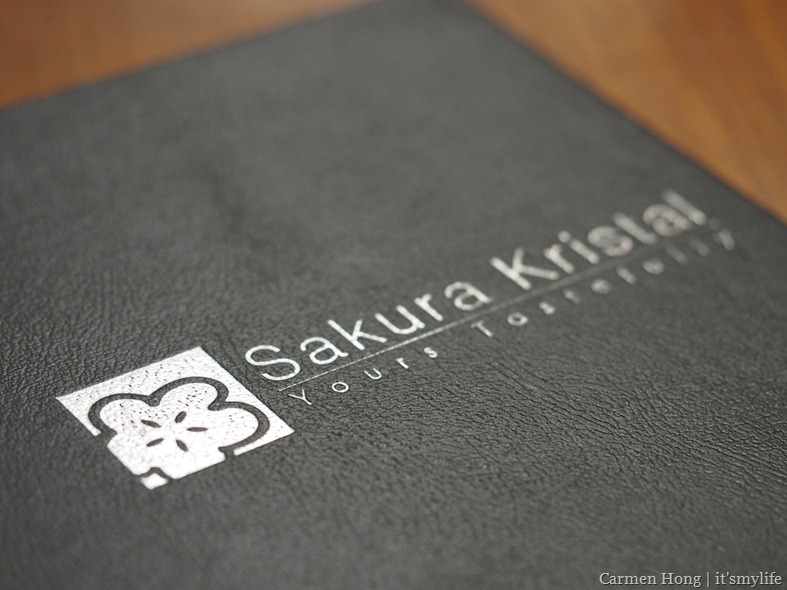 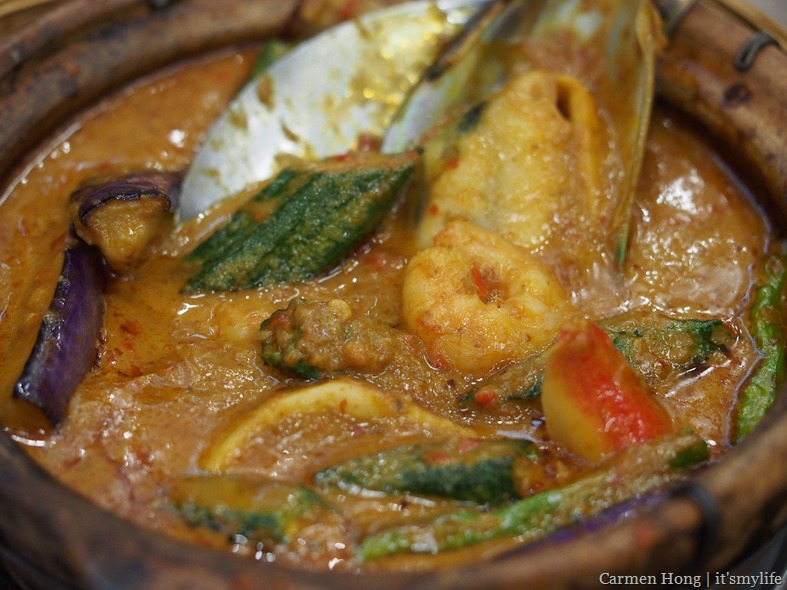 This is was the first dish served and I don’t know if I was too hungry but I felt that this is the best dish from all that was served. It’s really good. The gravy was thick, flavourful and filled with spices. They don’t stinge on their ingredients to make the gravy and neither do they stinge on the portion of the food. The whole claypot could very well serve two pax. I have tasted claypot curry before, but none have gotten me this smitten that I have already made a mental note to return and order this next time. 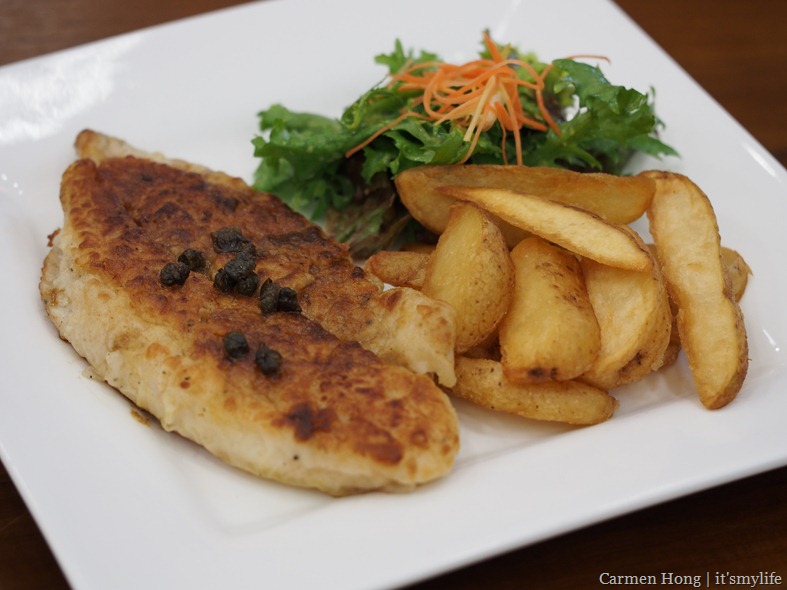 Pan Seared Dory with Vinaigrette Sauce, RM17 | Picture is descriptive enough that I don’t need to describe the ingredient. :p

This was something I would order after looking at the menu. Then again, the pictures on the menu are always for illustrative purpose. It certainly looked the same like in the menu, but the taste fall flat in comparison. It was marinated in salt, grilled and then topped with their homemade sauce. Personally, I have never tried or heard of the sauce, (still exploring these Western food) so, I can’t compare the taste. But what I do know, is that it tasted bland. The meat was bland, but the crispy grilled part tasted like caramel popcorn. It could be the sauce. I would say that this dish is just okay, edible but not fantastic. 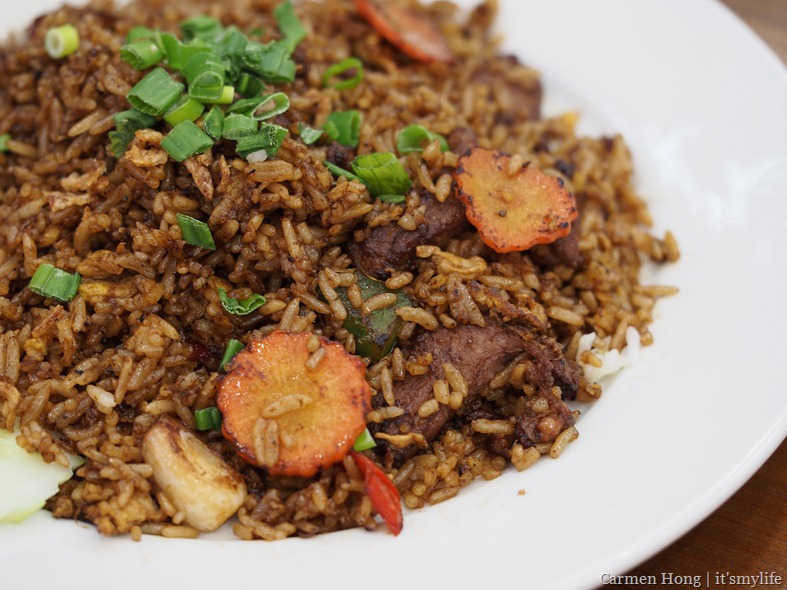 This was something rather unique. Yes, I have seen so many different types of fried rice but never one with beef and in this colour too. I love beef, so I thought I would like this. I did love the beef in the rice but the rice itself tasted just like rice mixed with sauce, which is not quite the fried rice taste. 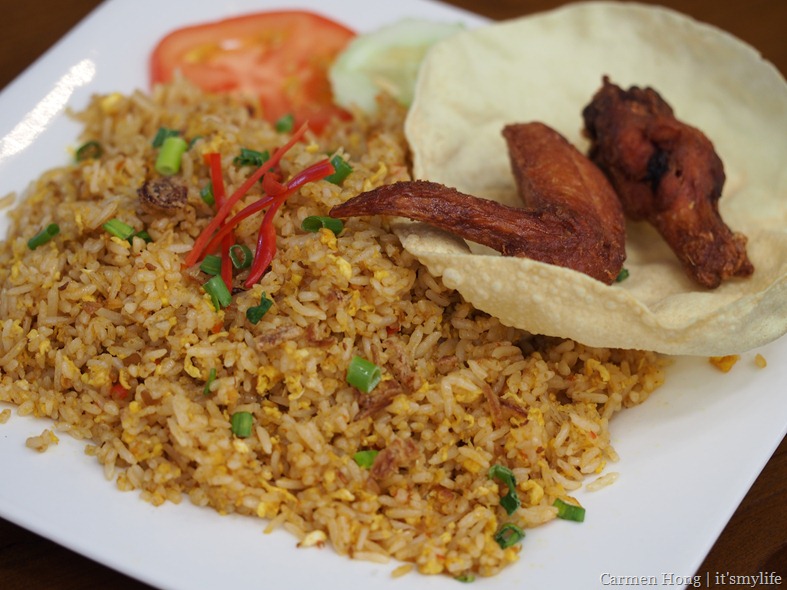 You know the saying the goes something like this, “Don’t judge a book by its cover.” ? Well, this looks like the most ordinary fried rice, something you can get anywhere. It looks so simply done, almost effortless, but after my first bite, my senses were literally like fireworks exploding (If you watched Ratatouille, you would I made reference to a scene in the movie). Why so? Because it was the most delish fried rice I have eaten in the longest time. It was one that I could gobble down one plate, and another and another. Yes, it is that good. 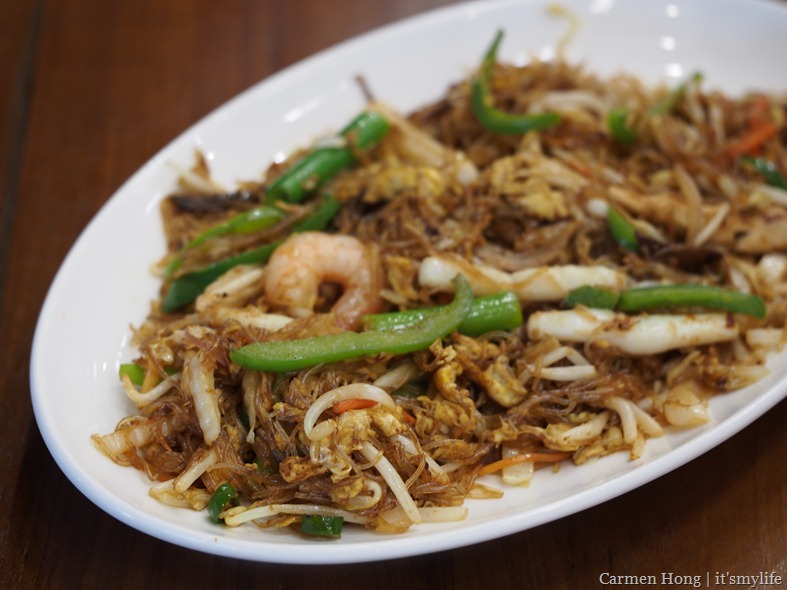 This is somewhat similar to Singapore Fried Glass Noodles (Xing Chow Mai) with the ingredients similar to it. I liked how it was really well fried; well cooked would be a better way to say it. The glass noodle was still tad springy, and not too soft. 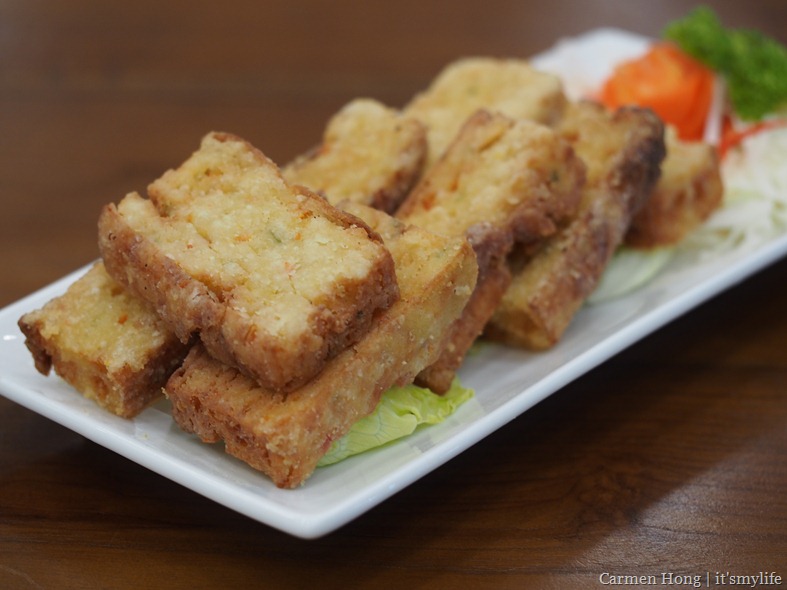 I don’t like this. It’s too soft, and I don’t taste any fish or even tofu. It’s a dish which tried to be something (with a fancy name) but end up being lost. 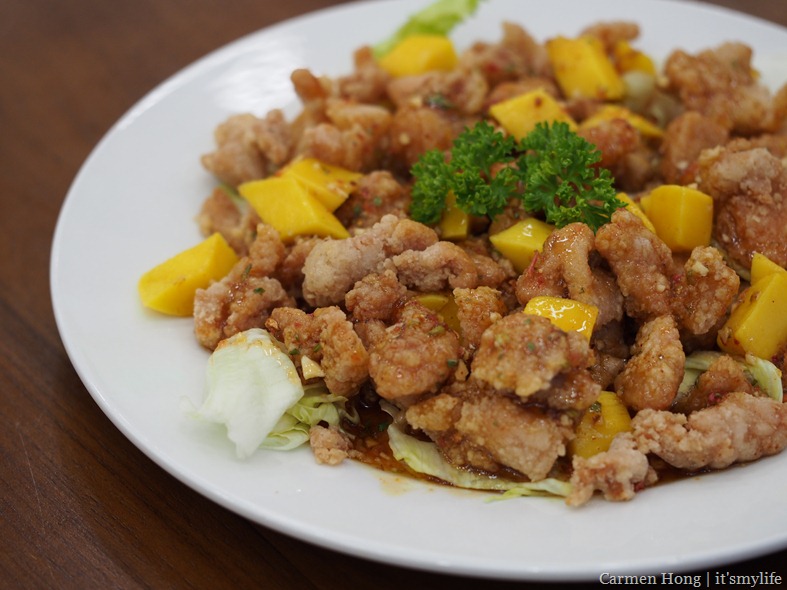 I’ve never been a food of fruit main dishes and this wasn’t an exception. There was more flour on the chicken than needed and the mangoes didn’t quite work with the chicken. Maybe the lemon one would have tasted better. 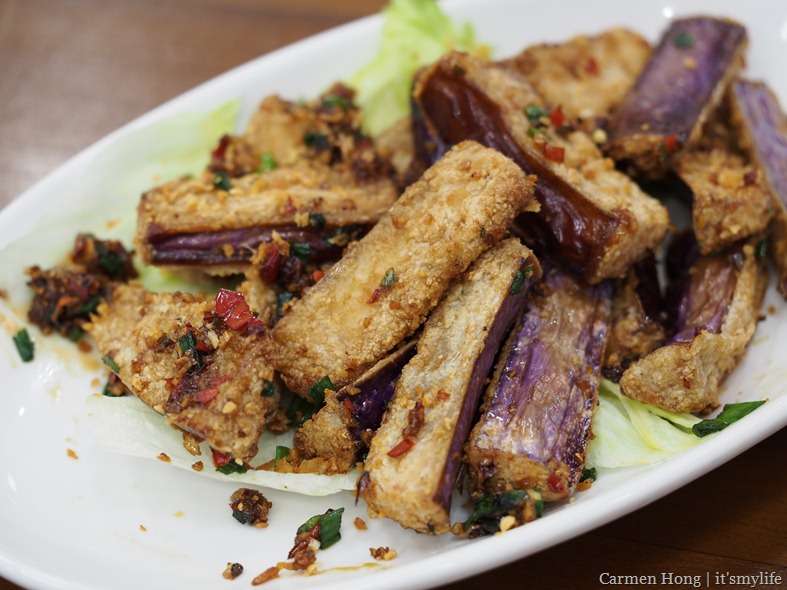 This falls flat, the picture I have to admit is bit deceiving. It looks better than it taste. Almost tasteless, and not so crispy. I also felt that the toppings didn’t make much difference to the dish. It was probably stir fried together to give it taste, but the brinjal tasted just like fried brinjals.

And finally, all meals would never be complete without desserts! It’s like a gaping hole that can only be filled with desserts. 🙂 While the desserts look pretty and so photogenic, there wasn’t anything fantastic to shout about them. When it comes to describing desserts, I am handicapped only because I am extremely picky with the desserts I eat. I generally don’t fancy sweet stuff. So, yes. 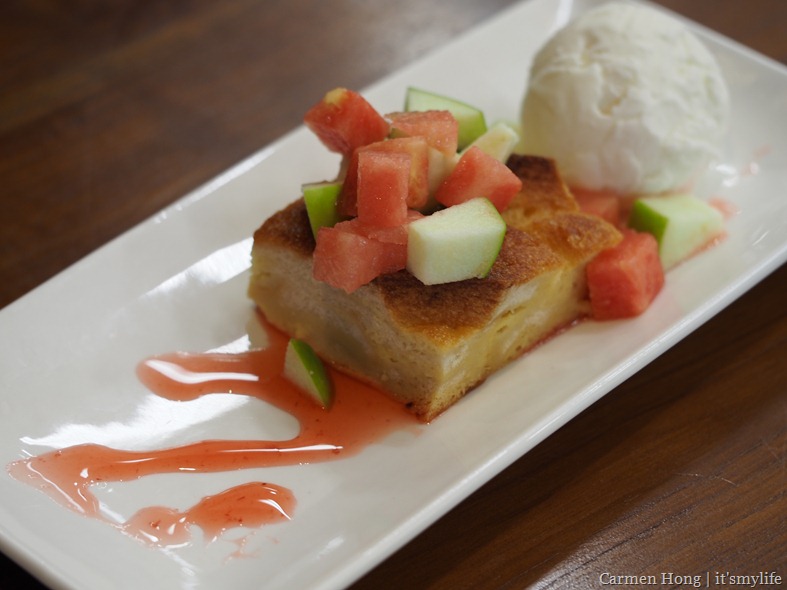 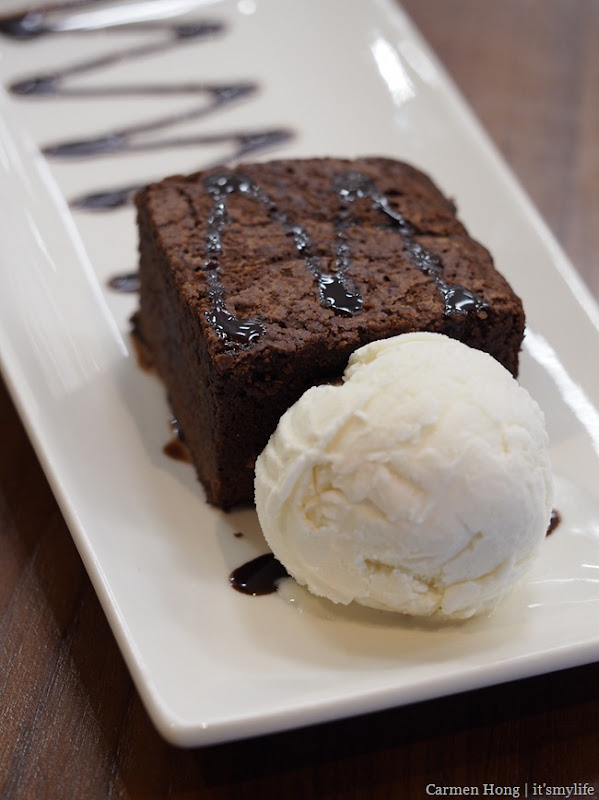 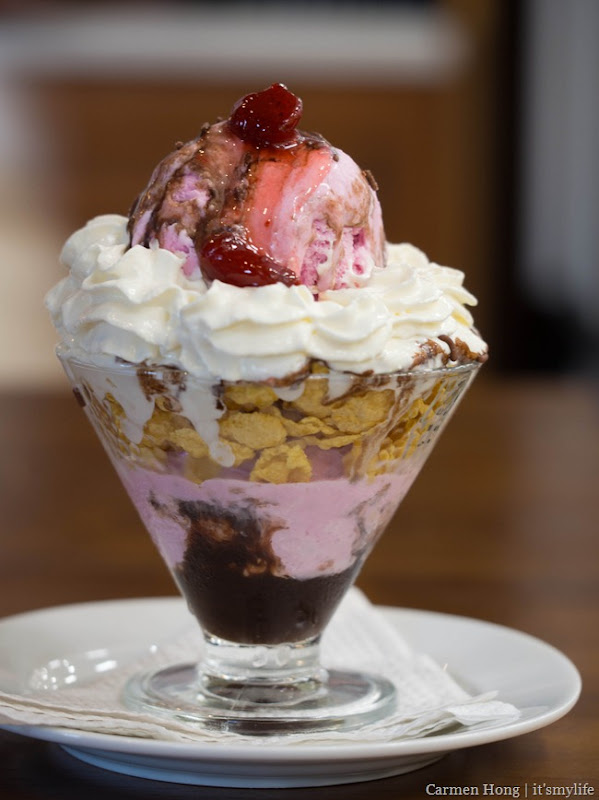 While I really enjoyed some of the food, there were others that were just okay. Even so, I would drop by again to eat the Peranakan Seafood Curry and The Indonesian Treasure. Although, I could eat the curry with the fried rice instead of white rice. Best of both worlds, ftw!

&. Thanks to Foodirector and Sakura Kristal for having me. +