If you’re around Brickfields, then coming to Sin Kee is a must! I have heard about Sin Kee from my dad and my colleagues. It was highly recommended to try the ‘man fan’, although I have no idea what it is called in English. I just ordered that when I was there. 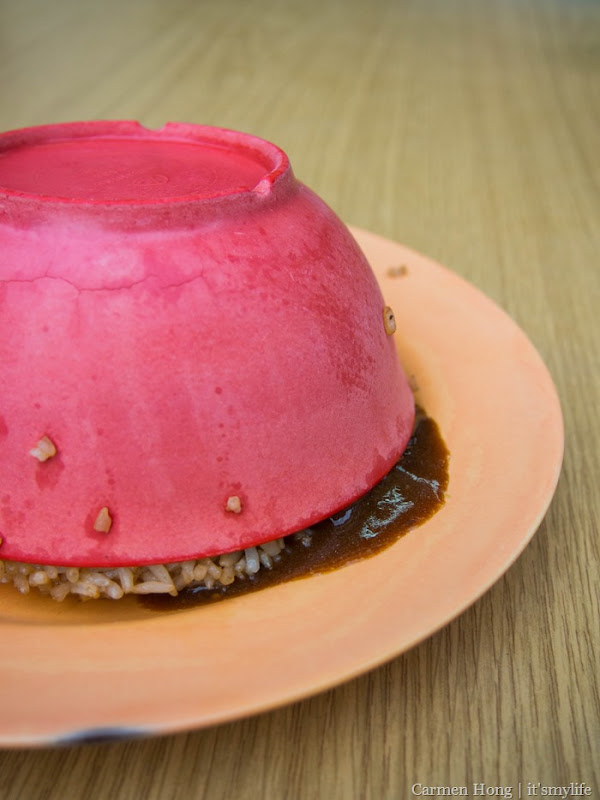 It is served with a bowl turned upside down on a plate. It’s a pretty unique way of serving, I assumed it was because they filled up the bowl first and to serve, it has to be on a plate and hence, this was it turned out to be. 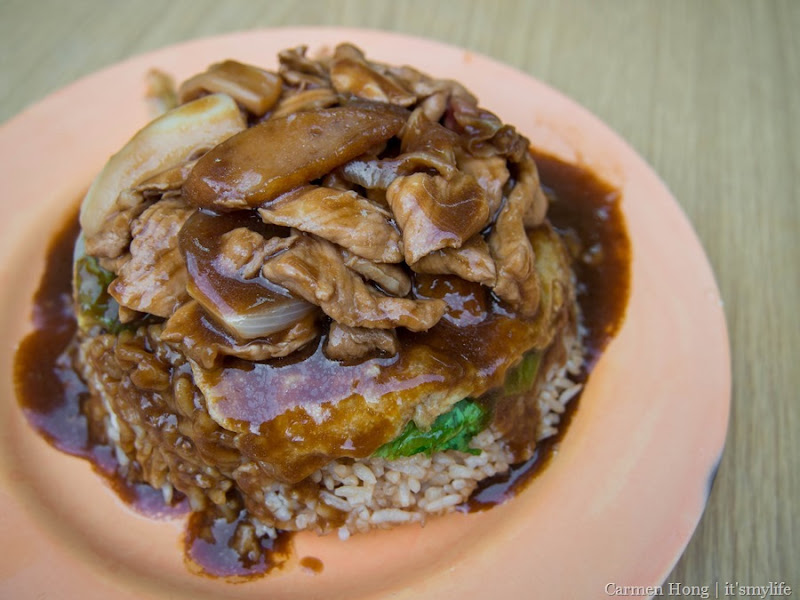 The serving size of the ‘man fan’ is pretty huge. It is served with an abundance of meat, slices of fish cakes, vegetable and the rice is topped with omelette. The best part was this cost less than RM8. The rice used is also one that has been cooked with a little bit of sauce, and it wasn’t white rice. 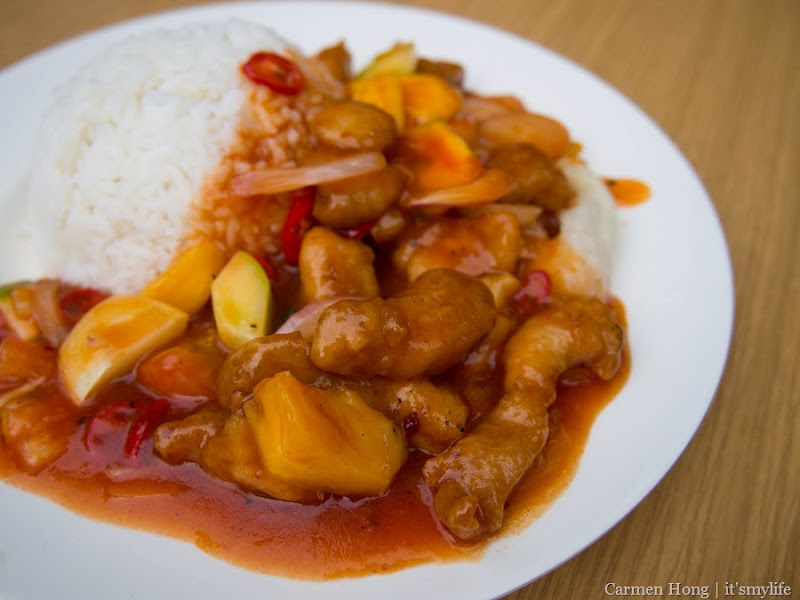 Sweet & Sour Pork | Served with a portion of rice

For those who don’t know what to order, or those who prefer simple meals, then ordering a rice dish would be the easiest way. Sin Kee like most shops, serves dishes cooked with rice. Like the sweet and sour pork rice, pictured above. I must say that I didn’t quite like the way it was cooked. It was bit too sour and there was too much batter being used to coat the pork. If you aren’t too particular about food, it is actually okay. 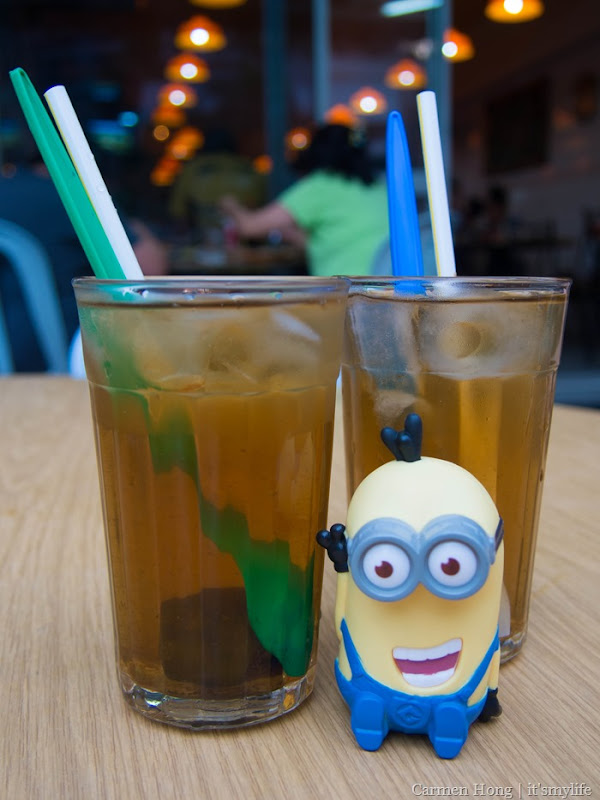 When the waiter took our order, I asked what drinks they have. And in Cantonese, he replied, “kat chai sim mui” which in direct translation would be lime and assam. I actually had a different expectation of the drink, I thought it would be the greenish one. The greenish version is the one that lime is blended and assam is added in, but when my drinks arrived, I was surprised to find that the drink was really literally lime, assam and water. Haha. Had a good laugh with my friend about this, because we both had the same expectation of the drinks.

The total bill came up to RM21, for two plates of rice and two drinks. Pretty reasonable. Here is the address for the restaurant; No. 194, Jalan Sambathan, Brickfields, Kuala Lumpur, Brickfields.