For Sunway students, Rock Cafe was a place with many memories. It’s located just a mere 500 metres from Sunway University College and within the light industrial area of Sunway as well. Because of that, many of us (myself and my college mates included) always headed to Rock Cafe for lunch and occasionally dinner after those late nights of group study. Back then, about a couple of years ago, there wasn’t that many food options and certainly not that cafes around. Rock Cafe had so many options with all the different food stalls located within their grounds which automatically made it the default choice and also a crowd’s favourite, seeing that there is definitely something for everyone. For those who don’t know, Rock Cafe is actually a food court similar to that of Asia Cafe (now closed) and Ming Tien (also closed).
It’s probably been approximately 4 years since I last went there. When I went back to Rock Cafe recently, it looked almost the same but of course, there has been some minor tweaks here and there. Revisiting it again after so long, I had the opportunity to to try the different foods from a couple of different stalls. Here’s my short list of the top food you should try from Rock Cafe. 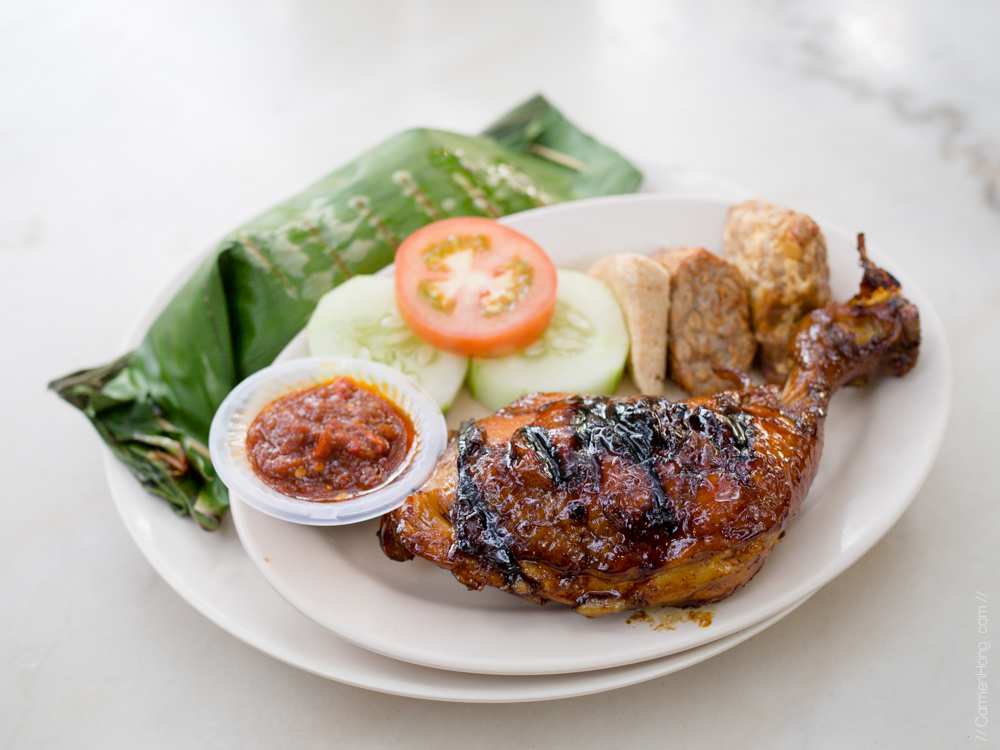 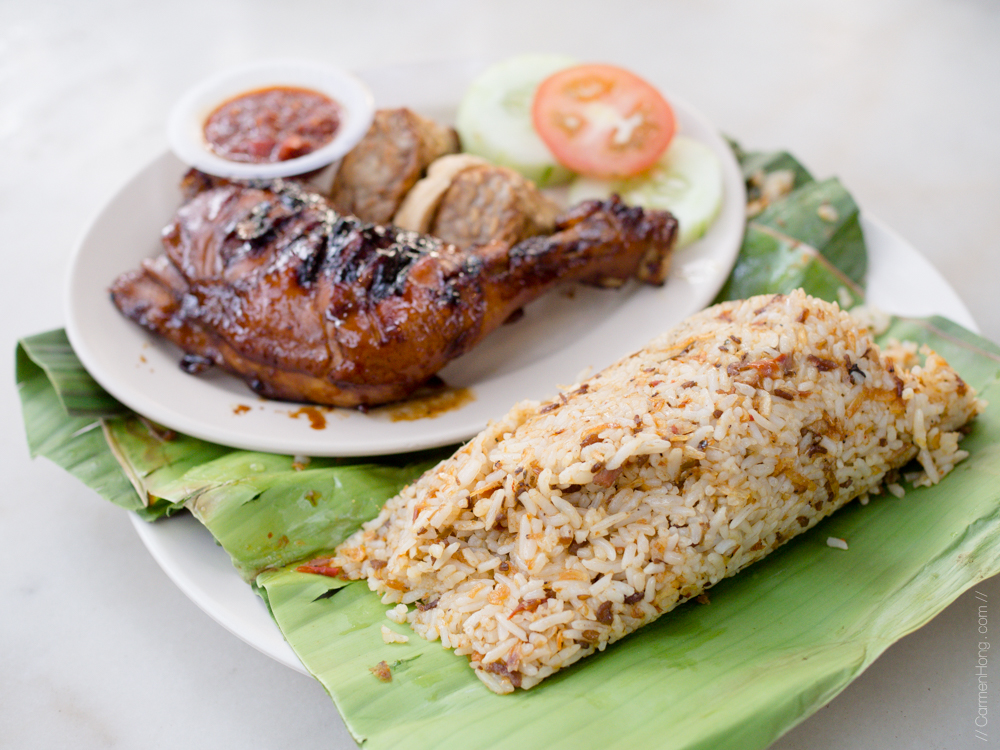 First on this list is the Nasi Bakar Ayam Indonesia. When this dish arrived, the rice was wrapped in banana leaf which I learnt was because the rice was also cooked on the grill. I’d always love it whenever banana leaf is used because of how aromatic it is. True to my expectations, the rice tasted amazing because it’s infused with the banana leaf and also cooked with spices which made the rice so colourful. The chicken was grilled to perfection and its shiny glaze, made it so drool-worthy! It was absolutely flavourful and the chicken is perfect to be eaten with the rice. Now, I wonder why I haven’t tried this before, after all those years! Grilled Chicken with Arabian Pita Bread | RM14 for half chicken

The second food I’d highly recommend is the Grilled Chicken with Arabian Pita Bread. Arabic cuisine is one of my favourite cuisines and I have been tasted some of the tastiest Arabic cusines around, so I have a benchmark that I always compared against. Most places fall short of it, which is pretty disappointing for me. But this one I had can easily hands down beat some of the more “famous”  Arabic restaurants that I have tried. What I loved most from this type of cuisine is the arabic pita bread and their oh-so-delicious garlic sauce.  I could just eat these two combination. 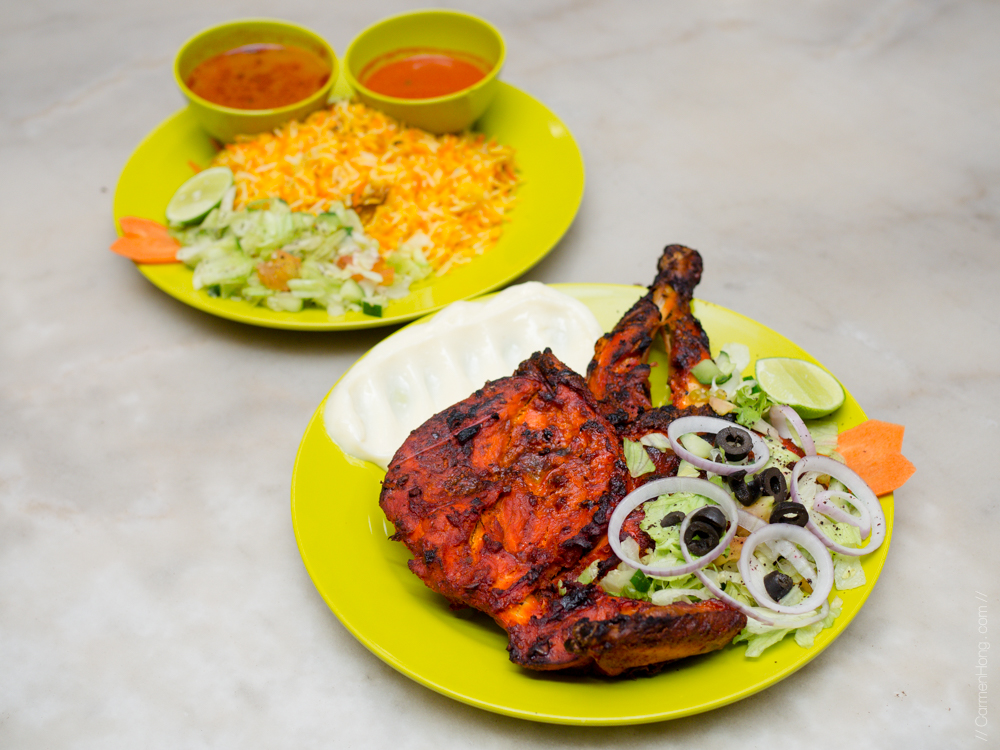 Grilled Chicken with Arabic Briyani Rice | RM14 for half chicken

Their version of garlic sauce, is less creamier compared to what I’d usually prefer but is still rich in garlic flavour. The bread served which is actually called khubz  is baked in the tannur oven, and when served fresh and hot is actually very crispy. This was cold when it served, personally I like it when it’s hot. Texture was, it was pretty authentic and thin as you can see from the pictures. The chicken was one of the best kind I have tasted where it’s juicy and delectable. It’s worth pointing out that they served 1/2 a chicken which is more than enough for one person, this dish would be ideal for sharing. There is also an option to swap the bread for Arabic Briyani Rice  which goes well with the chicken as well. 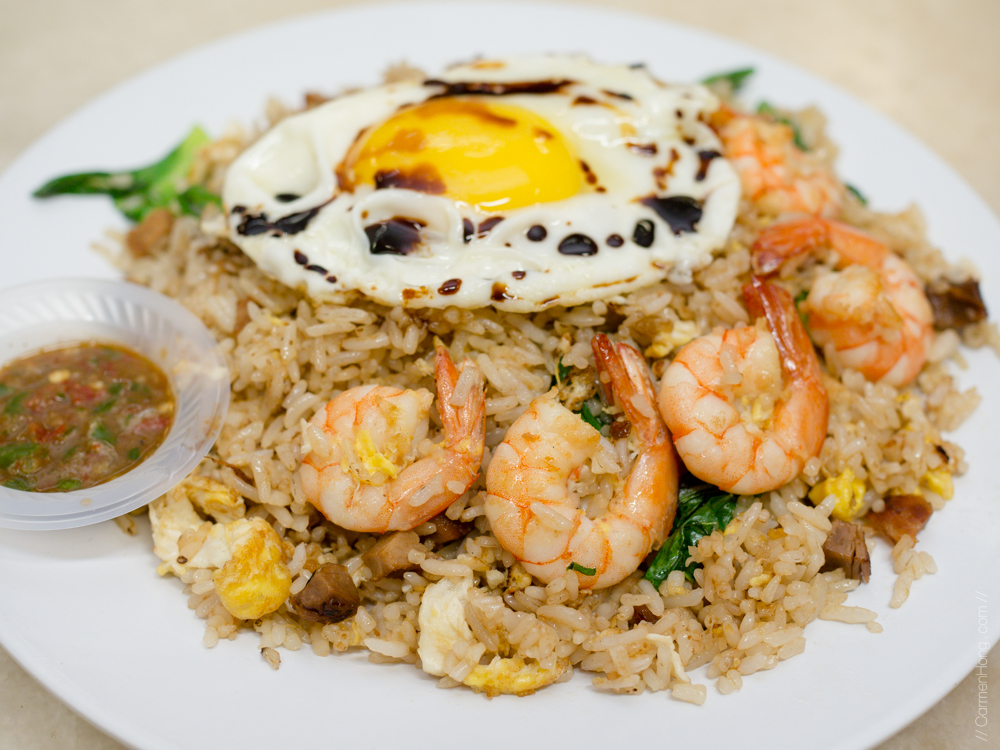 Fried Rice of Char Siew with Prawns and Fried Egg | RM 9 (small)
I was told that the normal waiting period for Uncle Huat Fried Rice is 45 minutes and yet, customers are willing to wait that long just to eat this fried rice. With such acclamation, it’ll almost be a crime not to have tasted it. So we placed our order for the Fried Rice of Char Siew with Prawns and Fried Egg.  I didn’t really timed the waiting period because I was with friends and we were all munching on other things anyway, but it was a reasonable wait. The glorious plate of fried rice looks amazing especially with the fried egg as the topping. Taste-wise, it certainly didn’t disappoint as with every bite you can taste the “wok-hei”  in the dish. 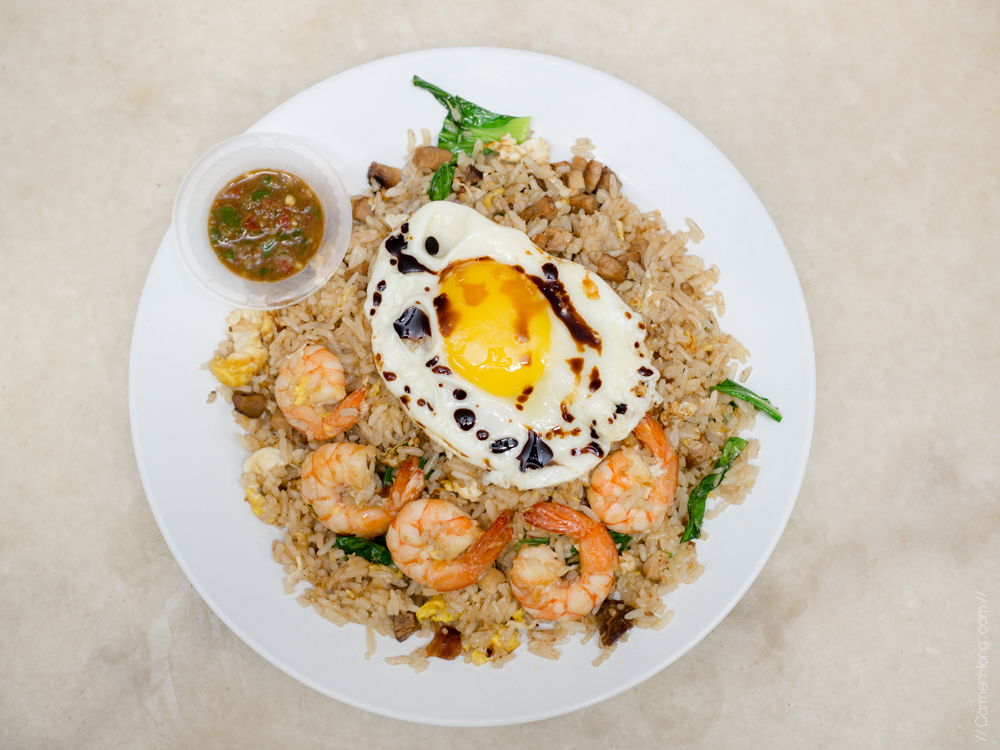 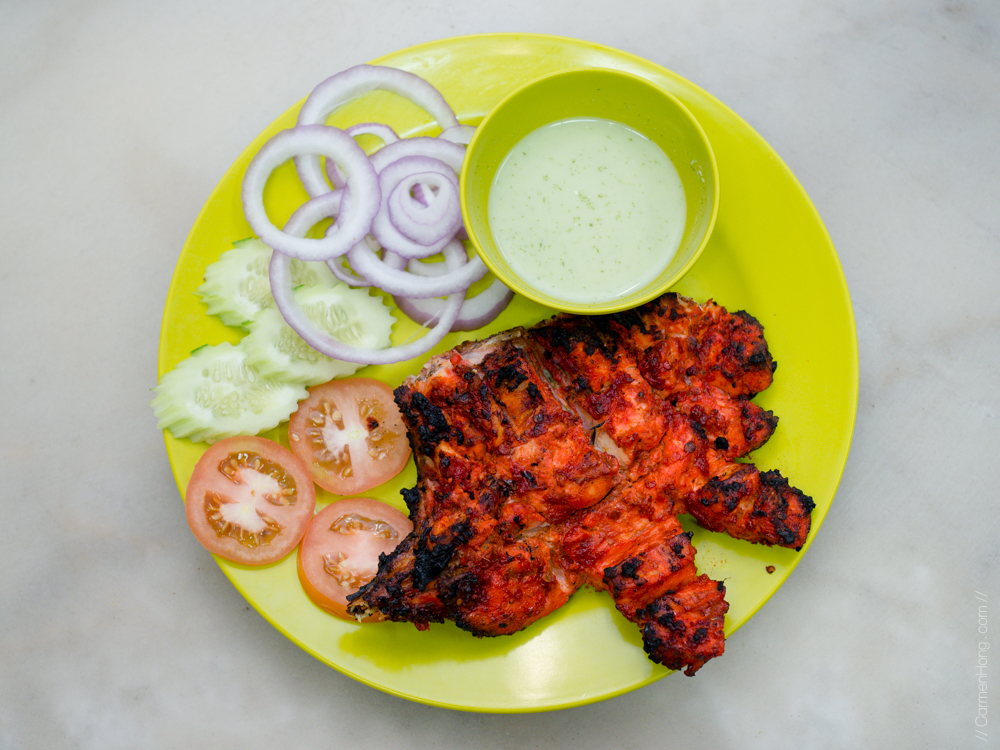 Tandoori chicken is another one of my favourite places and frankly, I’ve been very picky about my tandoori chicken ever since I tried the best one from Pak Putra, Malacca. Sadly, Malacca is not exactly near and I’ve been on a hunt for one that is closer to home. So when I saw that there was tandoori chicken from one of the food stalls, I knew I had to try it. So I ordered Tandoori Chicken with Garlic Cheese Naan Bread. By the looks of it when the dish arrived, it appears very promisings especially the serving size of the chicken which is pretty huge. Taste wise, the chicken was marinated sufficiently as you can taste the flavours in the meat too and not just on the surface. As for the garlic cheese naan, I tasted more garlic than the cheesy bits. It is delicious nevertheless! 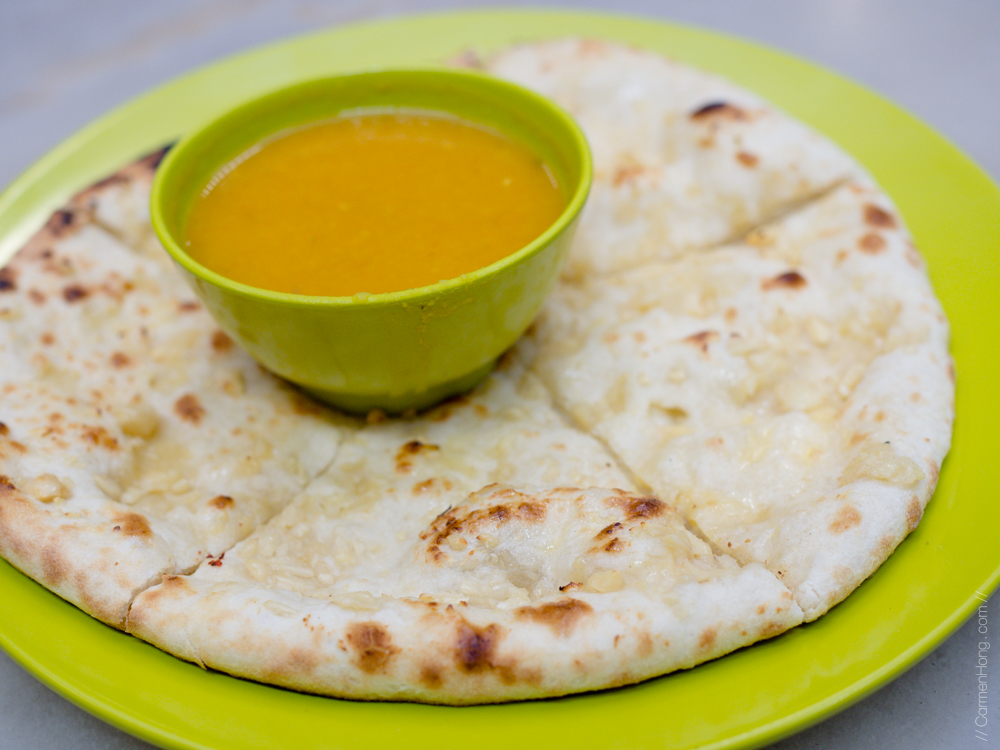 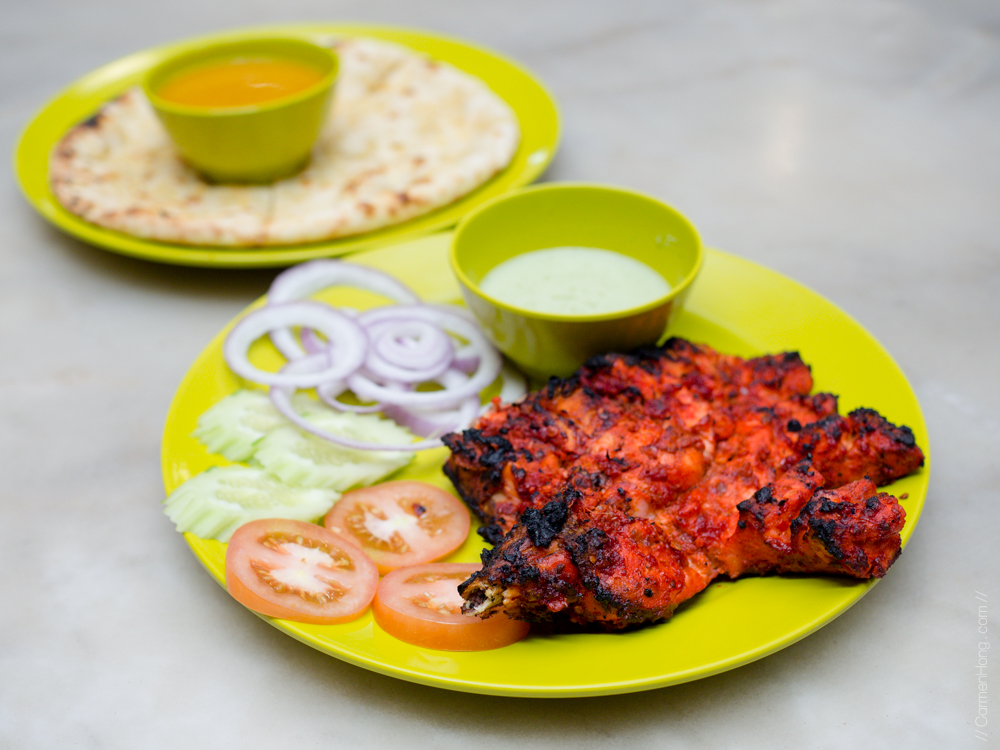 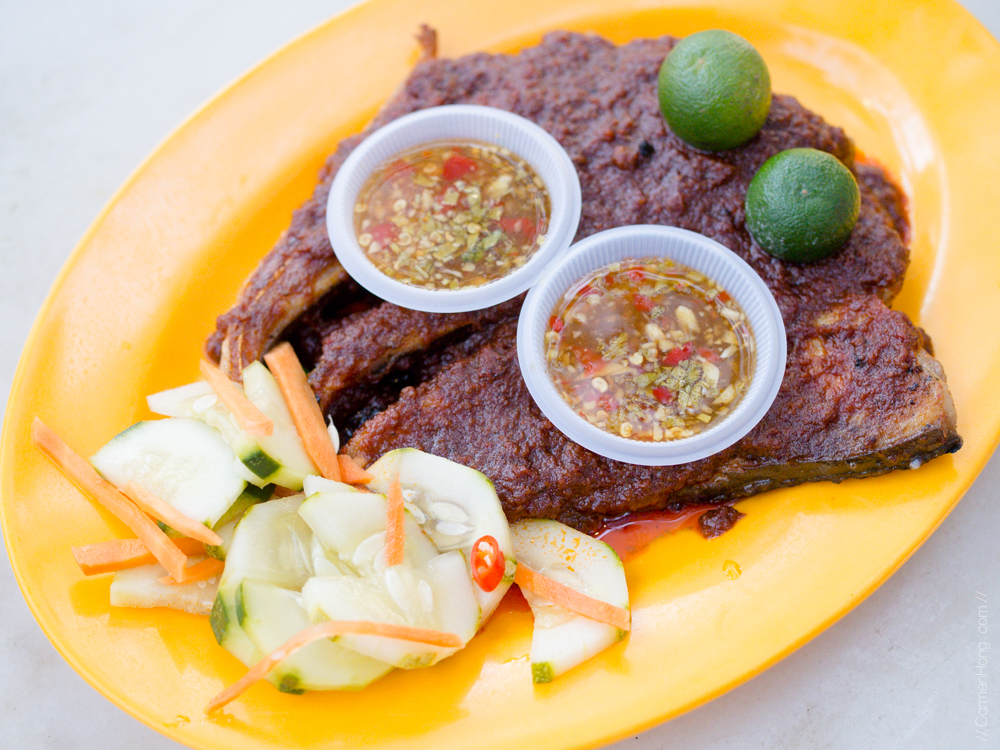 What was interesting about the Portuguese Grilled Fish stall was that the seafood are obtained fresh daily from Pulau Ketam, so freshness is guaranteed. There are a wide variety of seafood choices to pick from but we chose to try the stingray one. Those type of grilled fish is actually my favorite type. The serving portion was just nice and actually suitable for sharing. As for the taste of it, it’s spicier than usual and I kinda hoped it had more dried prawns with more different spices used. Nevertheless, it was still good but can be improved. I still have it on one of my top food to eat in Rock Cafe because of my biasness to grilled fish! :p You’ll find other kind of dishes below which you can try too.
* * * * * * * * * *
Besides the top 5 dishes to try, there are also a few other interesting food that you can try in Rock Cafe. As I’m writing this post, I just realised how diverse the food options are since there are various international cuisines you can pick from. In fact, of the five dishes I listed above … if fried rice is considered as Malaysian dish then the rest of it originates from another country. 🙂 There are actually many other type of food you can also have, have a look at the rest of the food below. 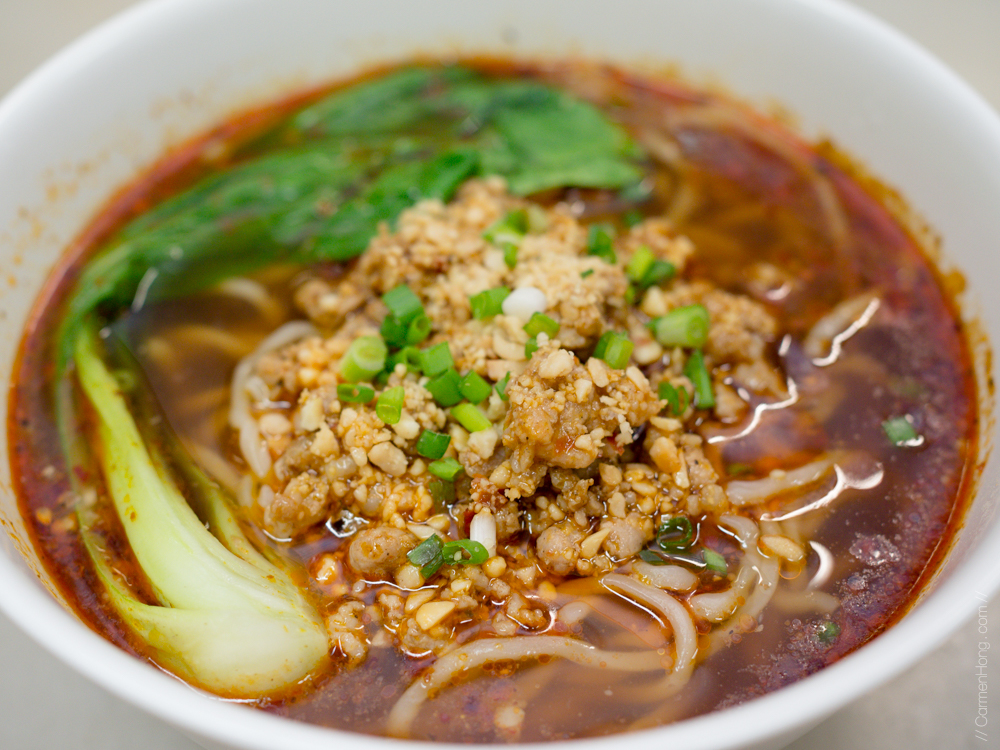 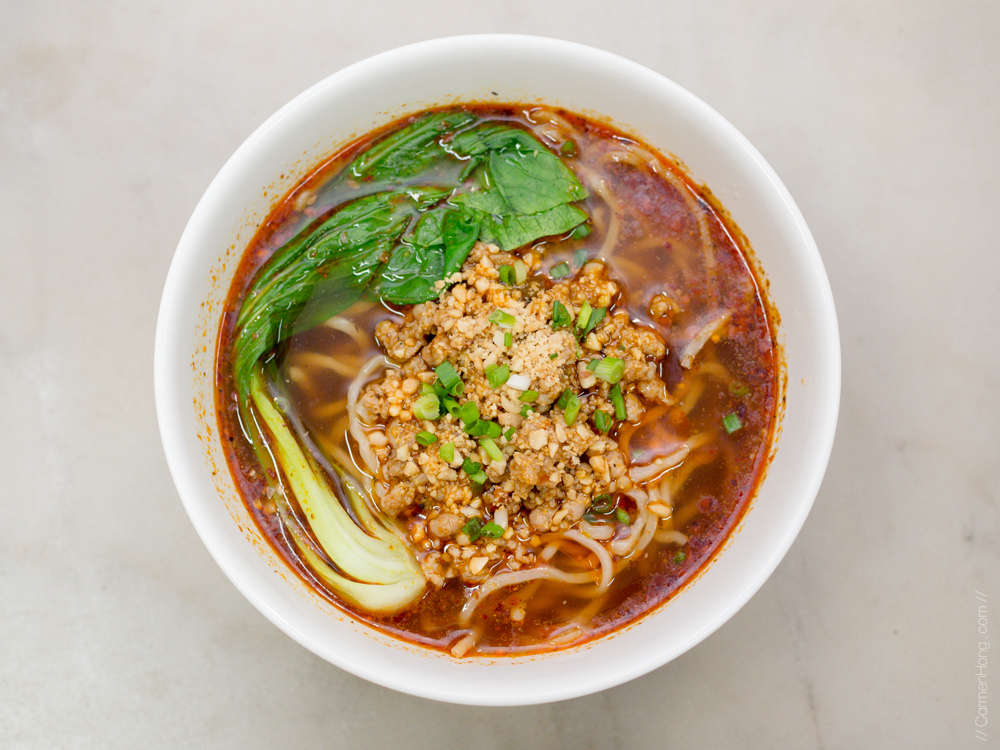 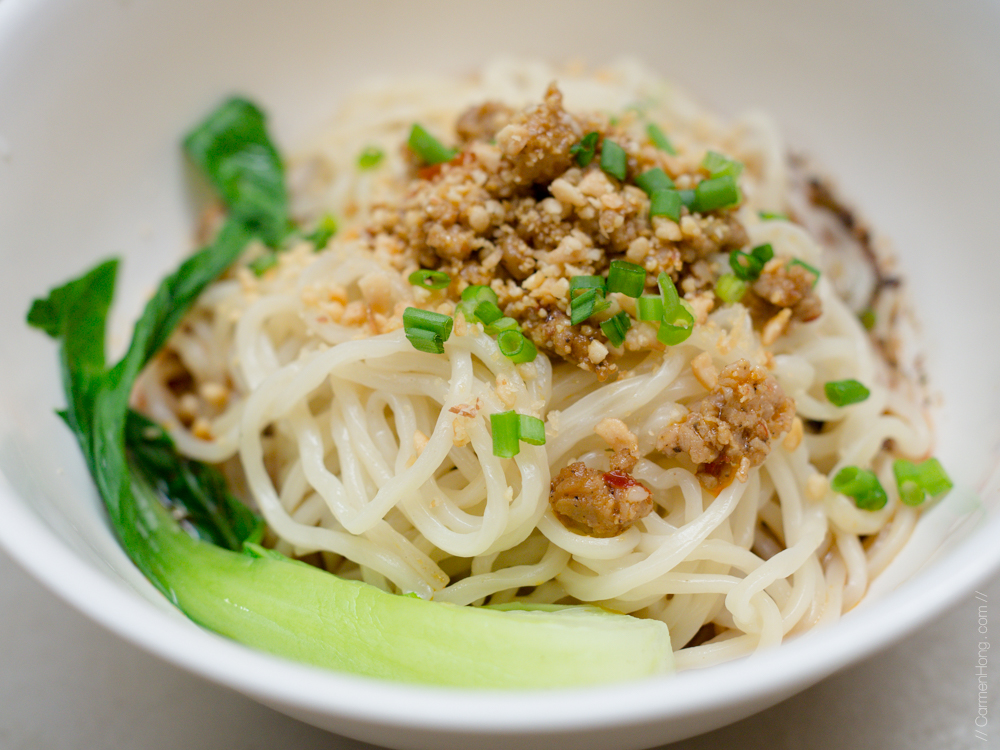 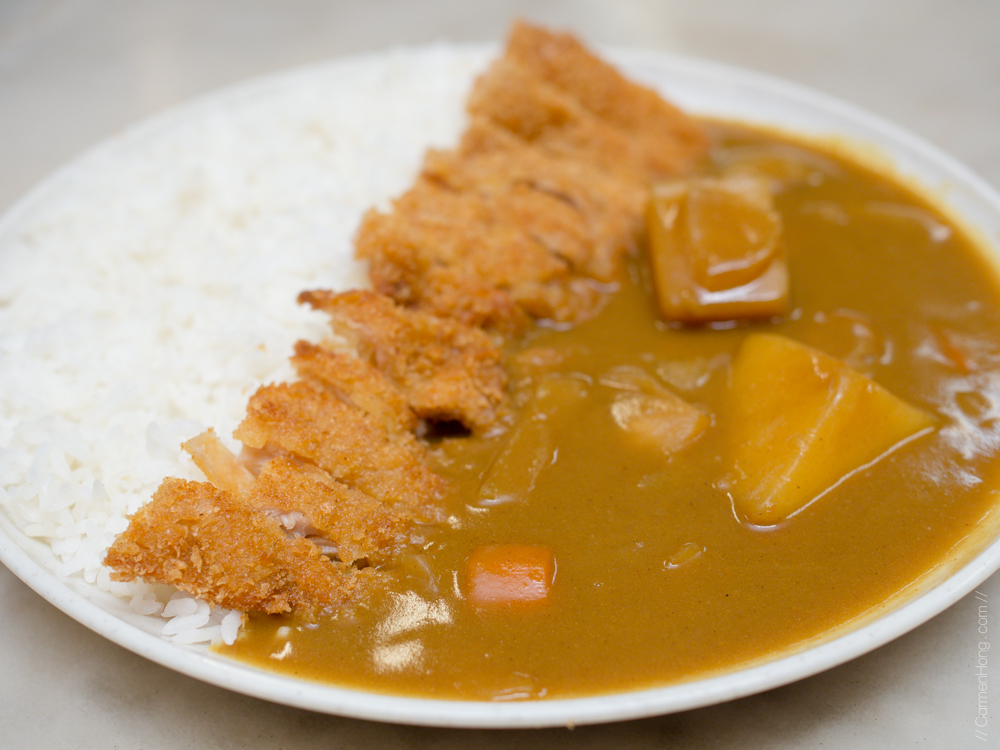 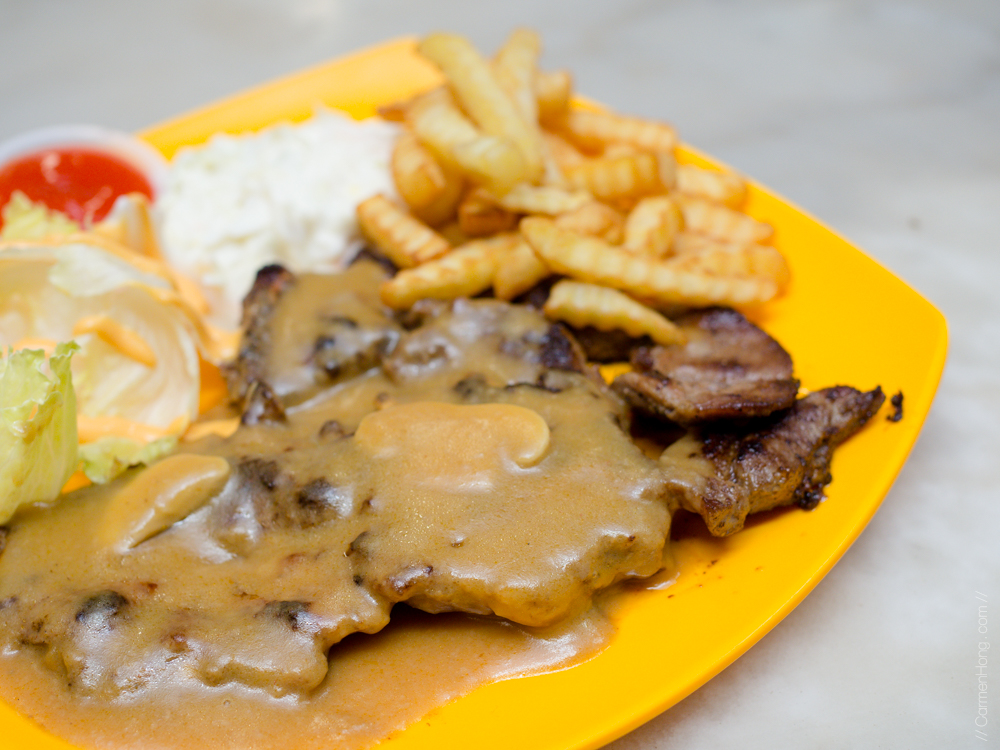 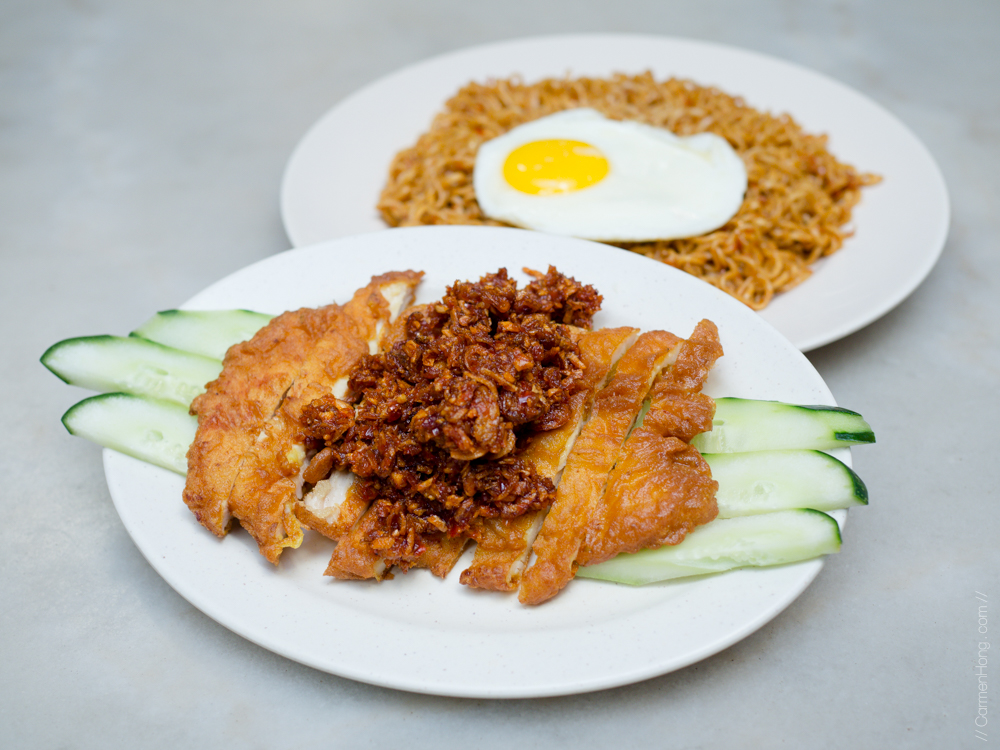 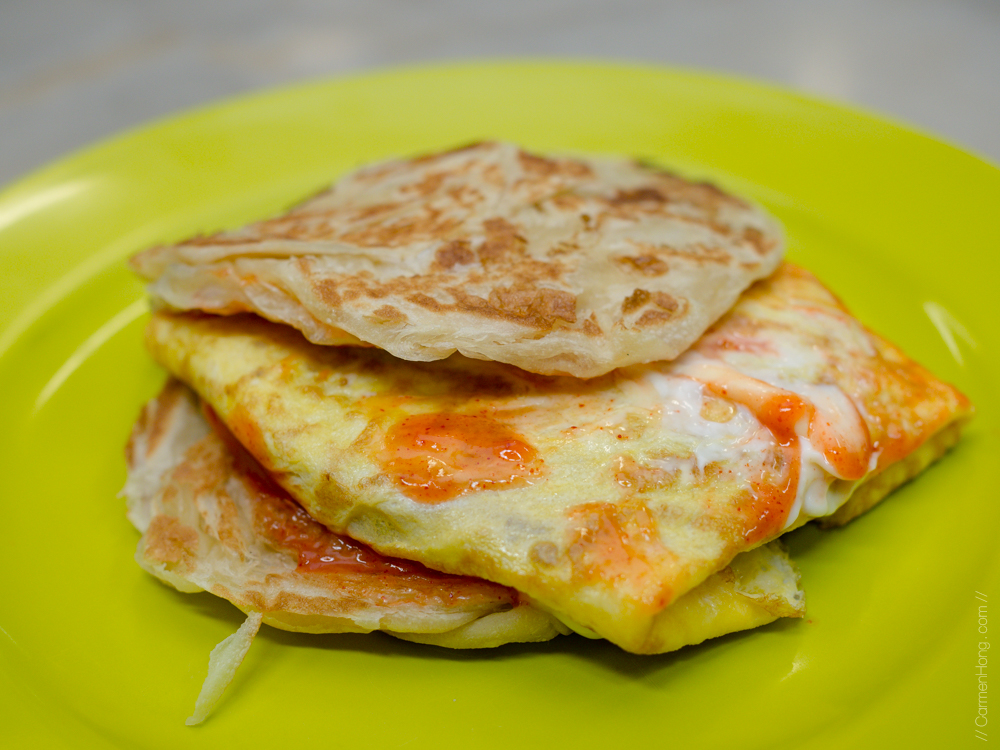 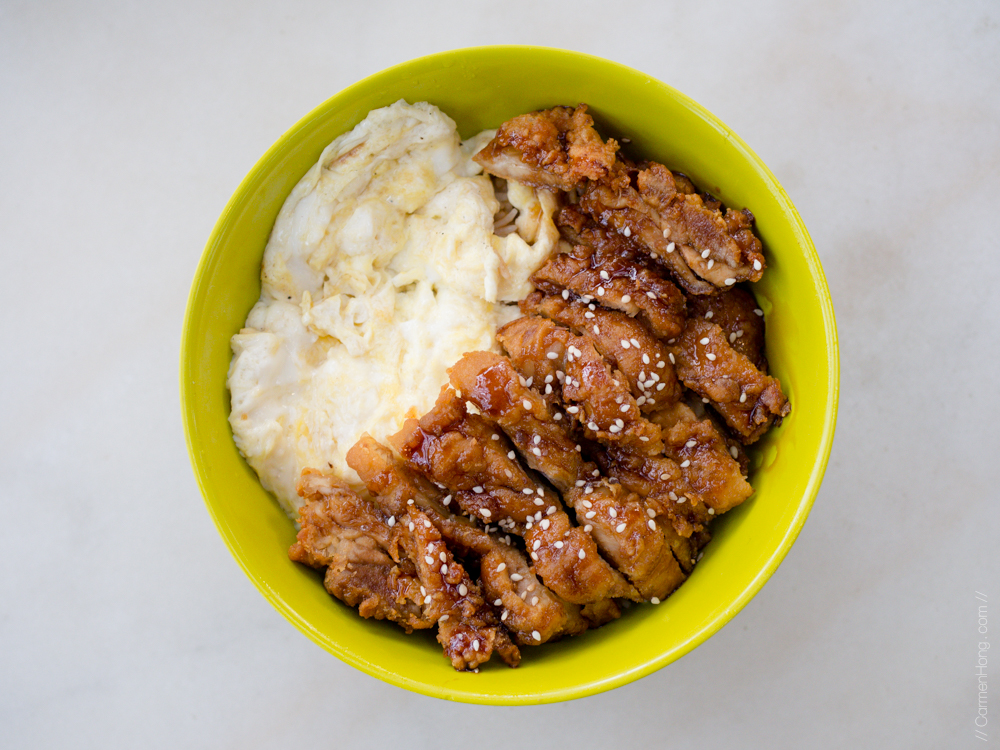 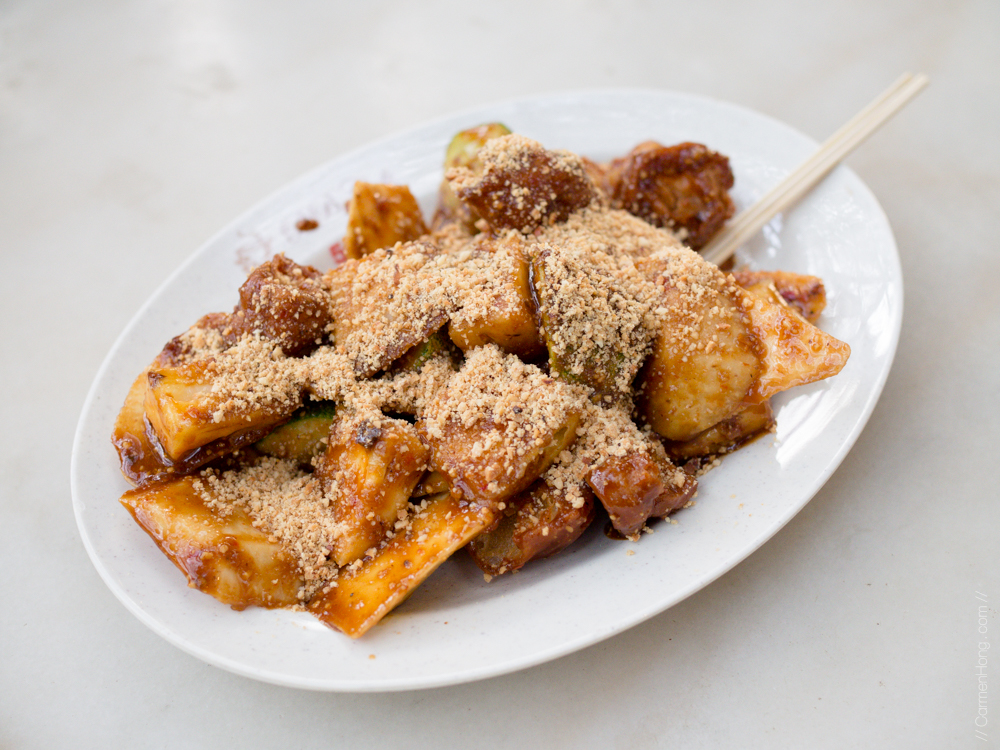 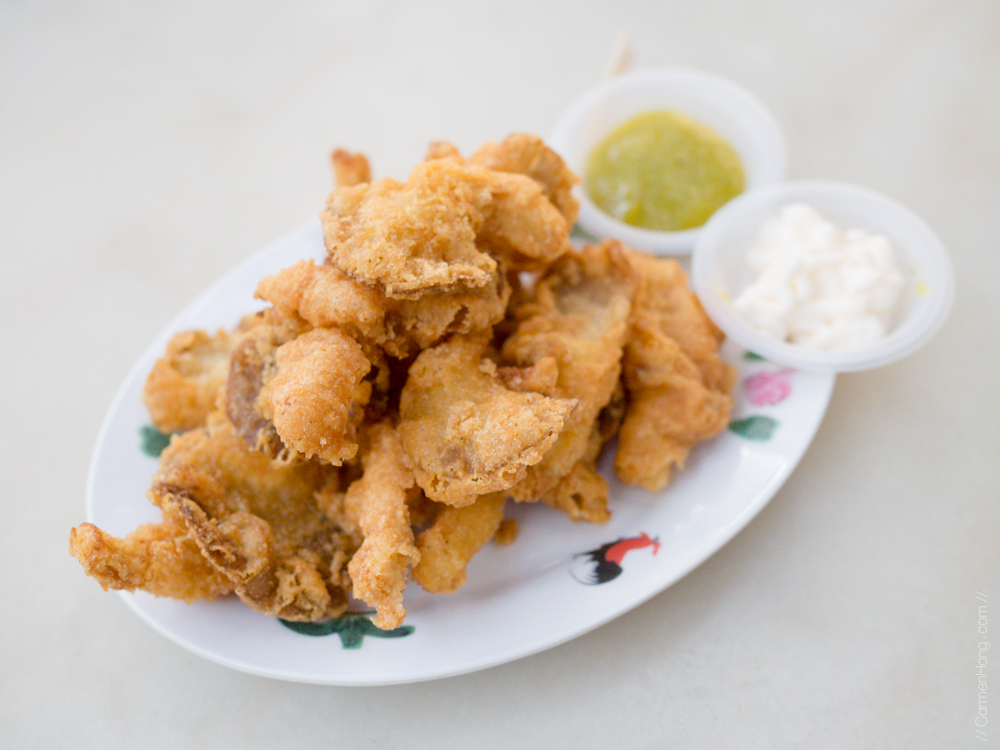 Aaaaand that sums up all the different food that I managed to try at Rock Cafe. There are actually a lot more food stalls selling various other type of food, what I managed to cover is just a handful. And from the ones I tried, I have picked my top five picks as you have read above. 🙂 If you’re around Sunway, it’s worth dropping by Rock Cafe to have your meal. Since students are the main customers here, the prices are actually affordable and reasonable. As you can see, the food are all prices below RM15. Plus they are open 24 hours too, so if you ever have hunger pangs at midnight this is the place you can head to.
Rock Cafe also have screening of the football matches making it a perfect place to yumcha with friends, along with contests which run concurrently with the football matches. For example, you can guess the number of goals or the winning team to win the official football merchandise. Alcohols like beer and cider drinks are also sold at Rock Cafe. Do let me know in the comments below if you tried or do try the food at Rock Cafe!
* * * * * * * * * *
// Medan Rock Cafe, Jalan PJS 11/20, Bandar Sunway //
//Open 24 hours //
Share