If I closed my eyes and randomly pointed in one direction or a place, chances are that I would likely stumble upon a Korean BBQ restaurant there. That would pretty much sums up the Korean BBQ scene in Kuala Lumpur, you’ll find these BBQ places a plenty. What is more rare would be Japanese BBQ restaurants; you would agree with me, right?
Should you beg to differ, do let me know where I can find these Japanese BBQ restaurants because I only know of a handful! There’s one in Taman Desa and another I know of in Pandan Indah, where both are apparently rather average and nothing fantastic. I never had the chance to try either so I can’t say for sure.
Then, here’s a new comer to the Japanese BBQ restaurant scene, Yakiniku Ishiya which originates from Kyoto, the imperial capital of Japan where they have many branches in Japan with the first ever in Malaysia. Yakiniku Ishiya was founded in the early 90′s by Mr.Reiji Yamamoto, who wanted to preserve and enhance the flavours of traditional style of Japanese Barbeque with his unique concoction of tare (dipping sauce). 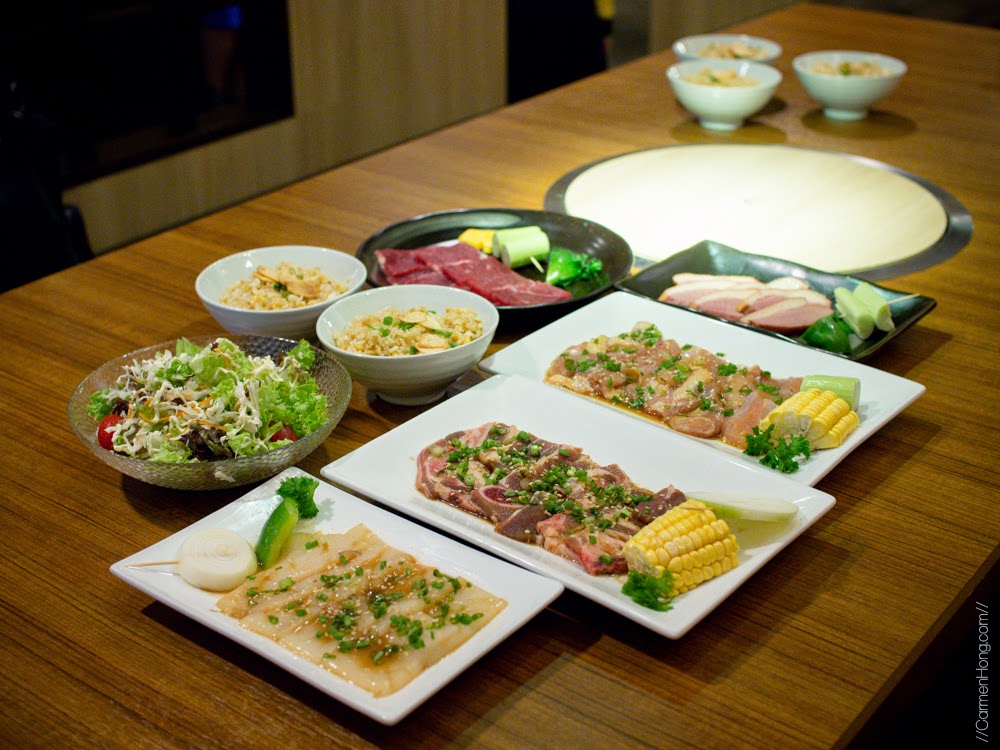 | BBQ Promotion Set (2 pax) |
Currently Yakiniku Ishiya is having a BBQ Promotion Set (for 2 persons), where you can pick 3 out of 5 meat selections of smoked duck, New Zealand lamb shoulder, New Zealand beef sirloin, chicken and squid. The BBQ promotion set comes with 2 bowls of mini garlic fried rice and 1 bowl of green salad. The set is priced at RM48++. 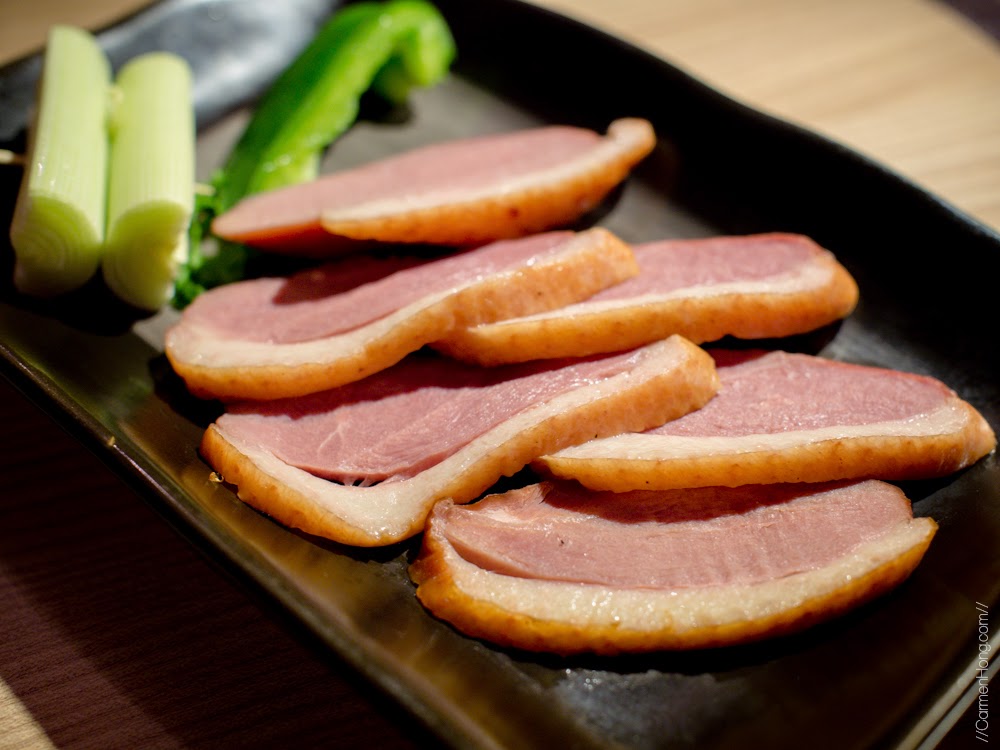 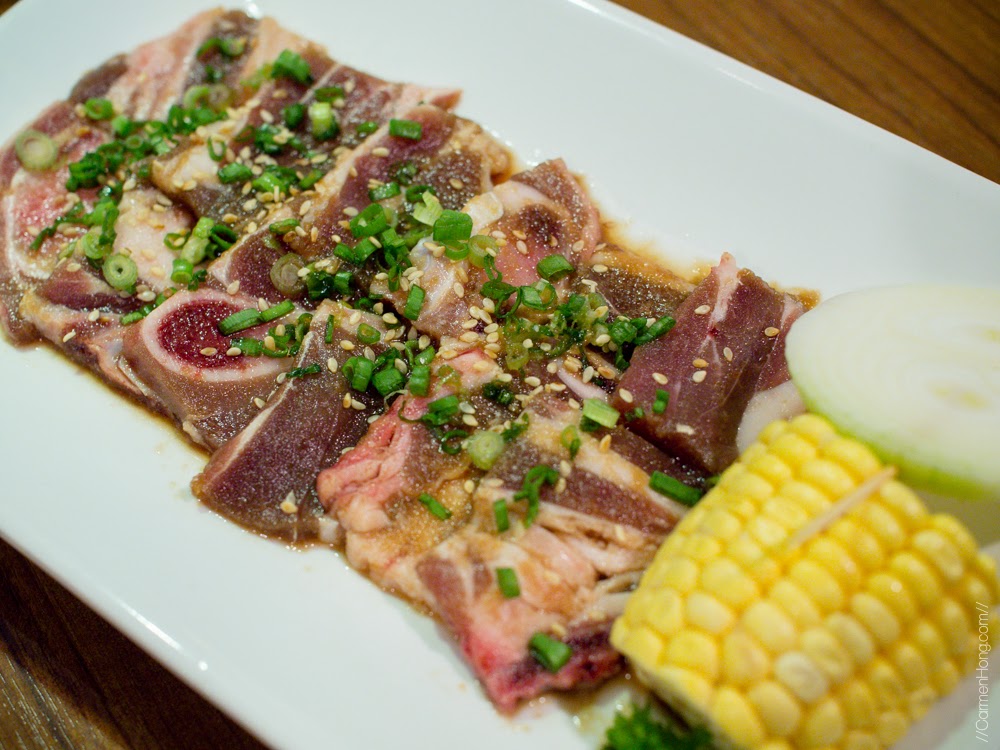 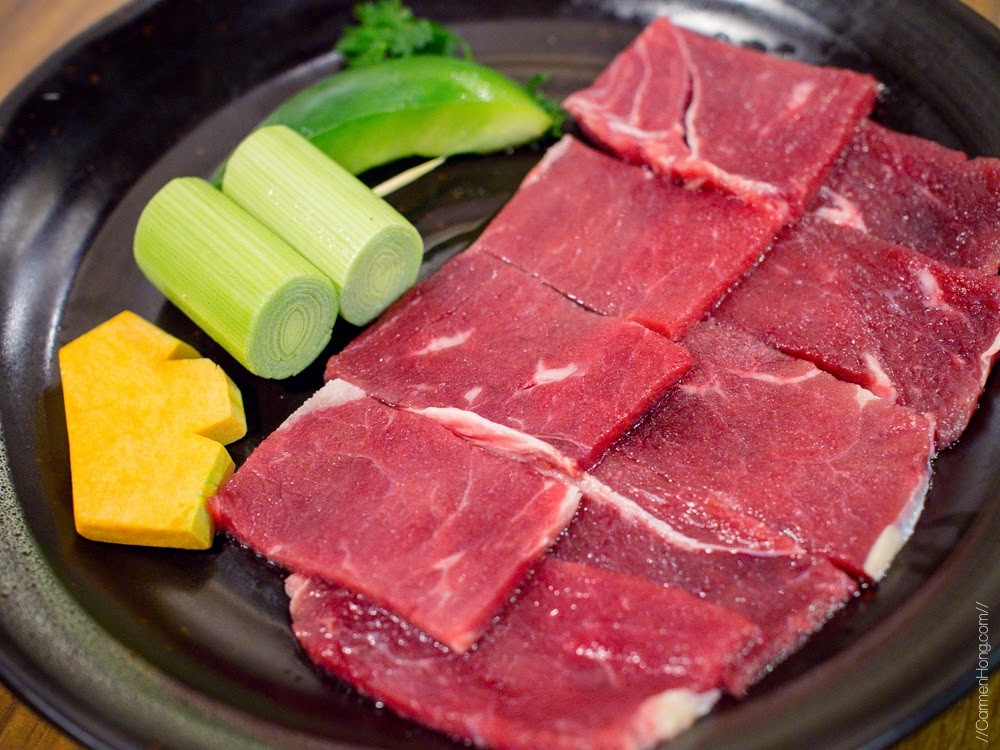 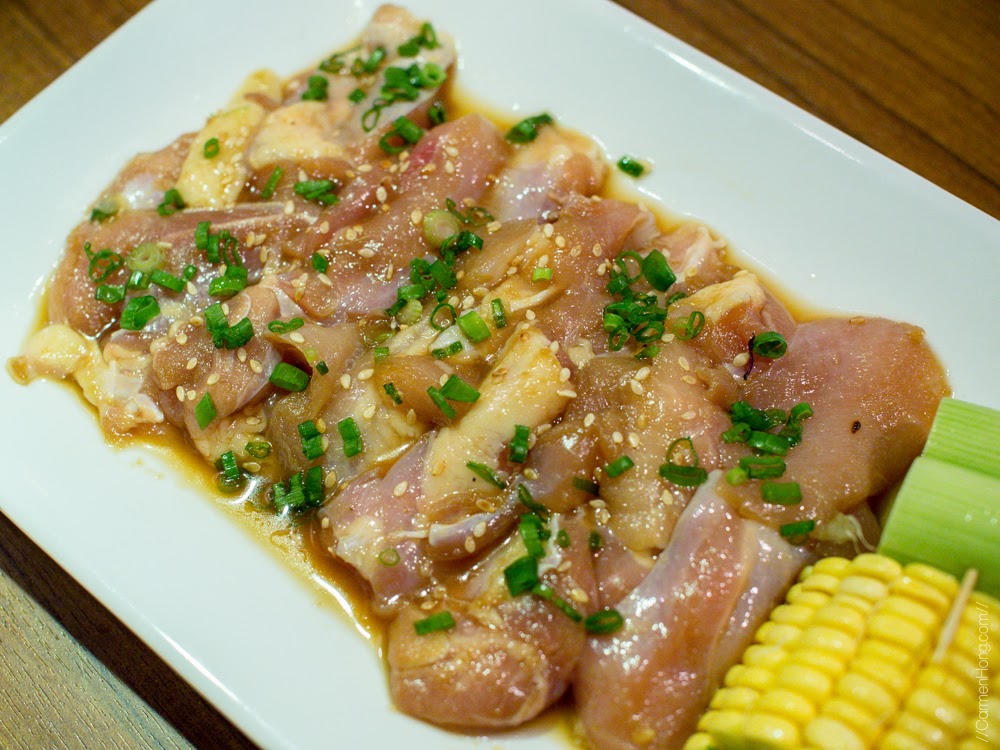 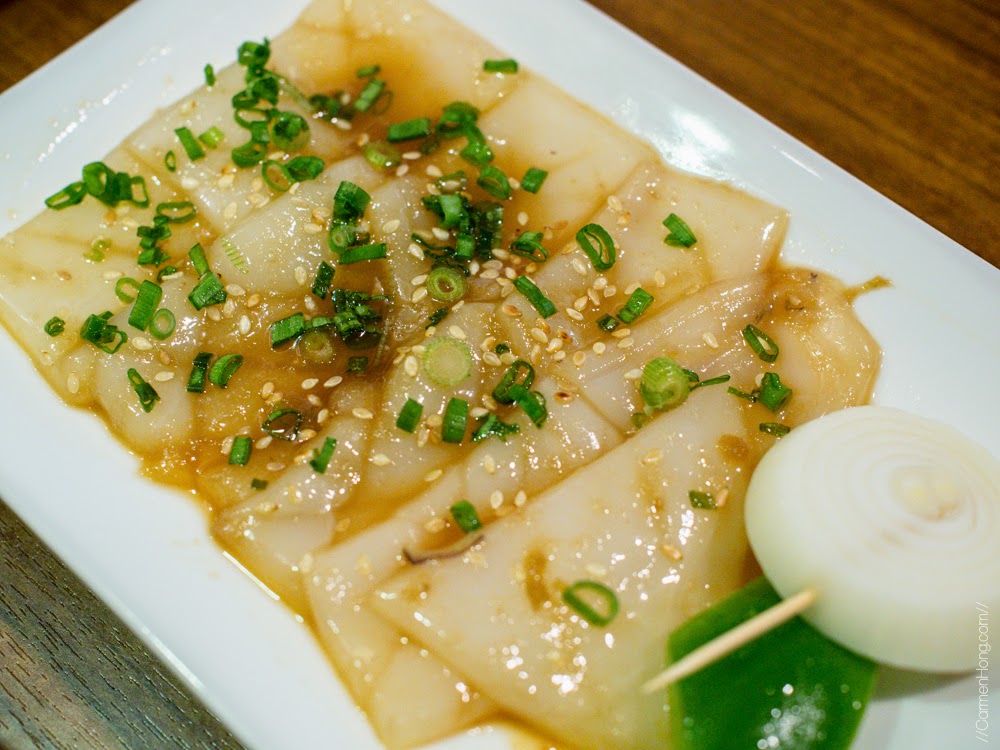 | Squid |
This would be my first time eating Japanese BBQ and I was pretty much excited to try to grilled the meat myself. As you can see from the pictures above, that the meat have been expertly sliced thin, which would help to cook the meat at a shorter time. And if you’re like me (a fan of BBQ) but hates the smoky smell that comes with the whole BBQ experience, you would be glad to cook that here in Yakiniku Ishiya because they have a rather strong vent hood which would suck the smoke out from the BBQ grill. 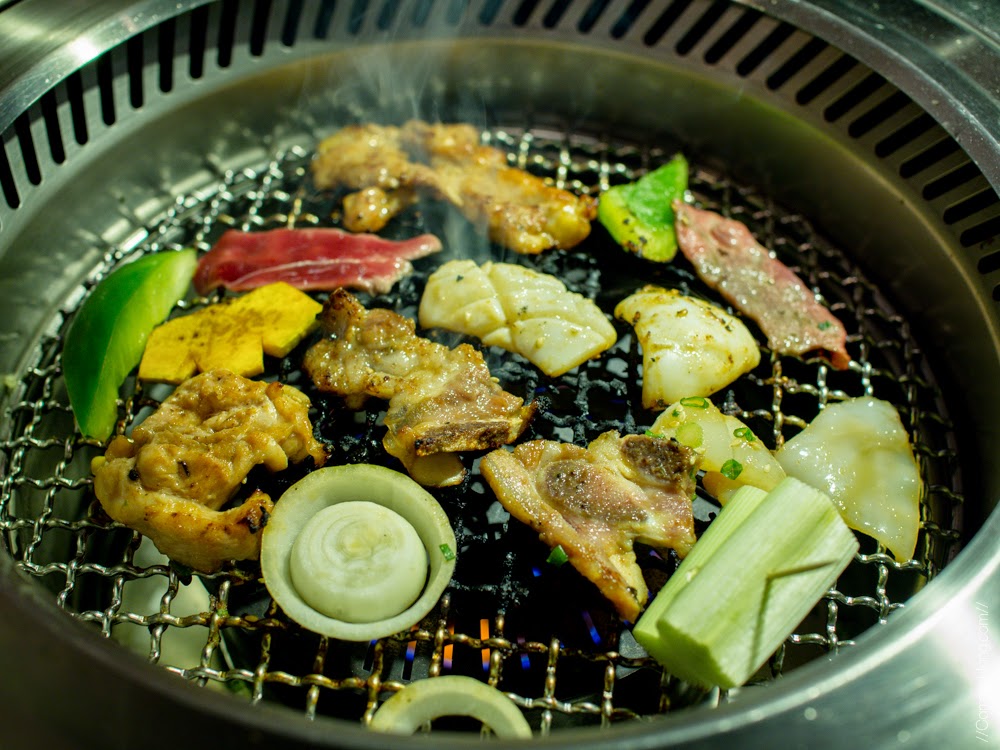 Here you can see how we grill our meats, like I mentioned above it doesn’t take too long for it to cook and the meats are best dipped in the special dipping sauce. If you loved lamb but hate that strong smell/taste when you eat it, the chefs at Yakiniku Ishiya managed to marinate it till that distinct smell/taste is gone in the New Zealand lamb shoulder. The smoked duck was absolutely amazing, the art of grilling is where you grill just enough and not too thoroughly which was simply delicious!
If I had to pick the three choices of meat, it’ll be the smoked duck, New Zealand lamb shoulder and also the squid. Not forgetting that the BBQ Promotion Set comes with garlic fried rice and also, salad (pictured below). 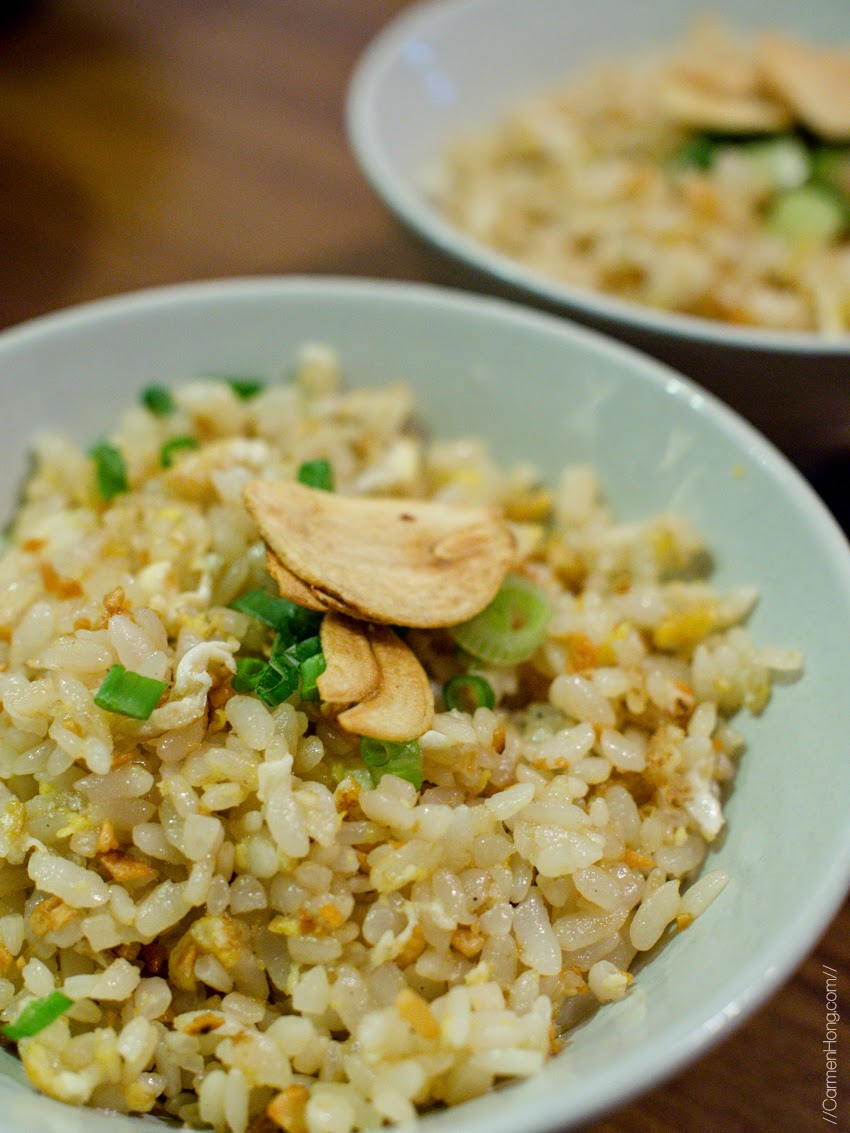 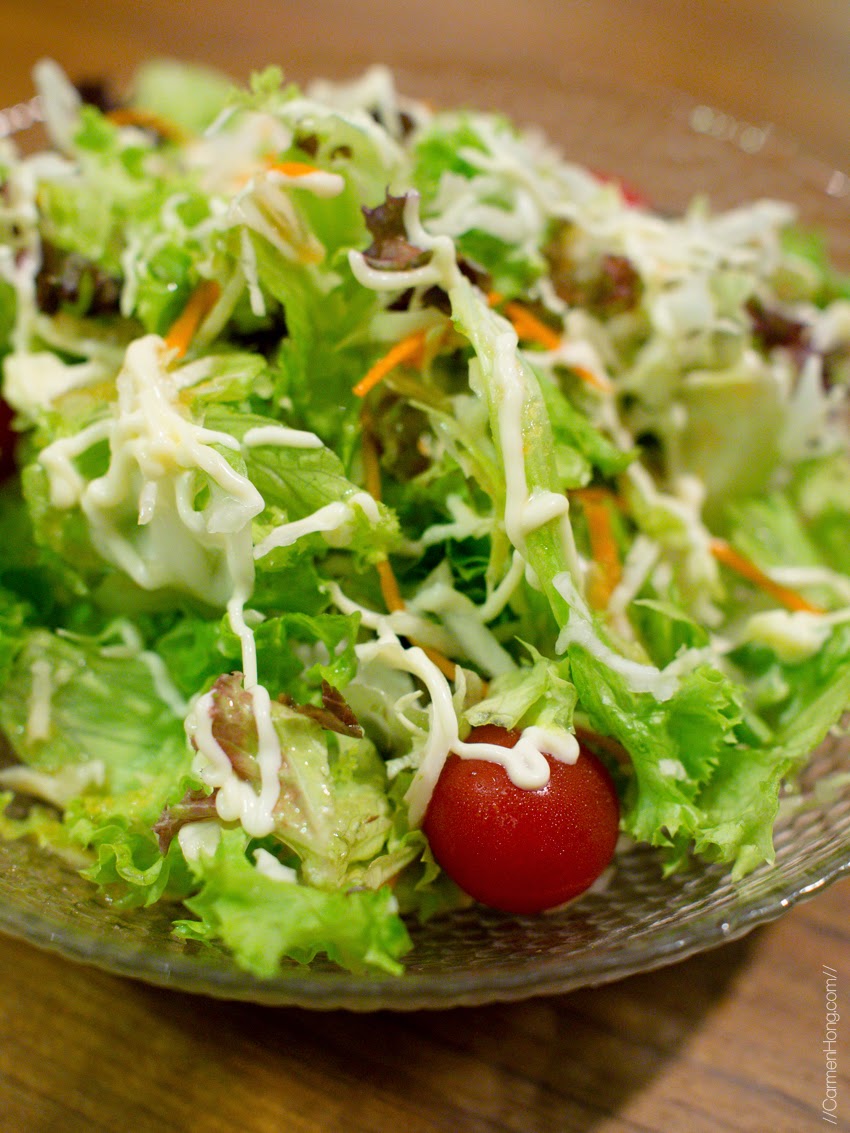 | Green salad |
If you’re not a fan of Japanese BBQ, Yakiniku Ishiya also have other items on the menu specially included in their Malaysian branch to cater to the local’s taste of Japanese food. Here are some of the dishes we tried from the menu; 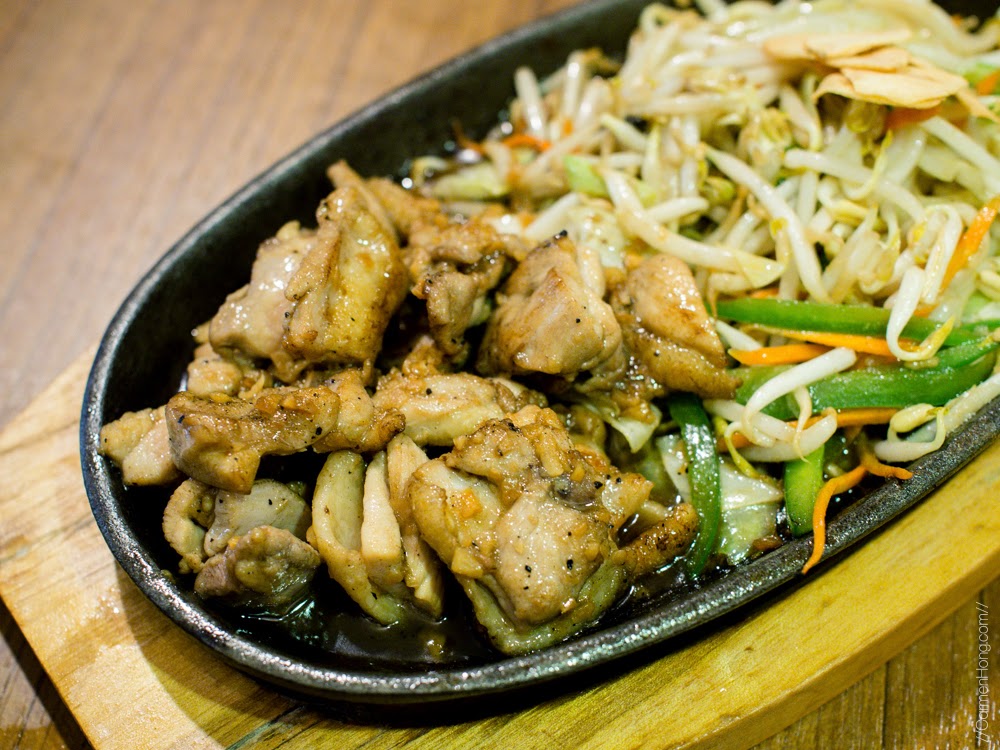 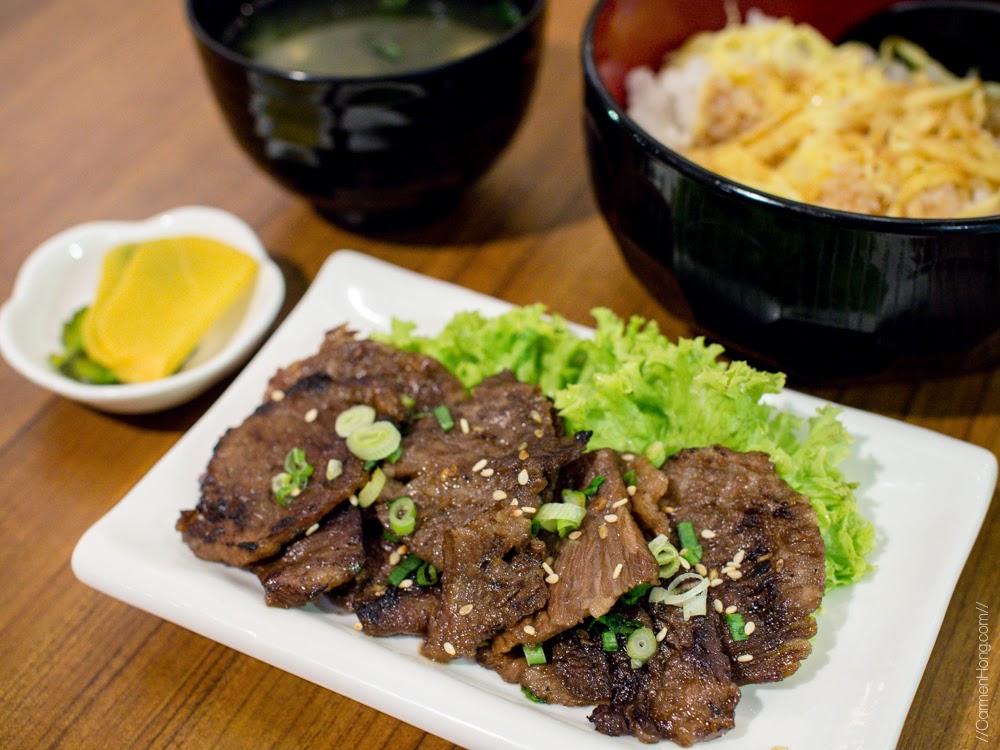 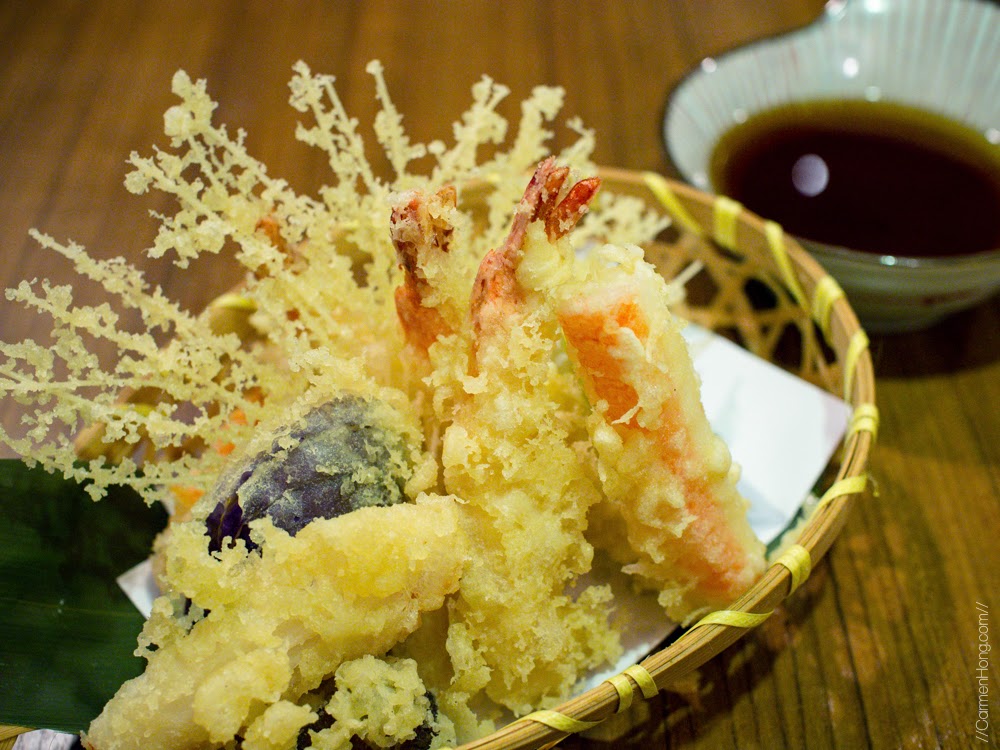 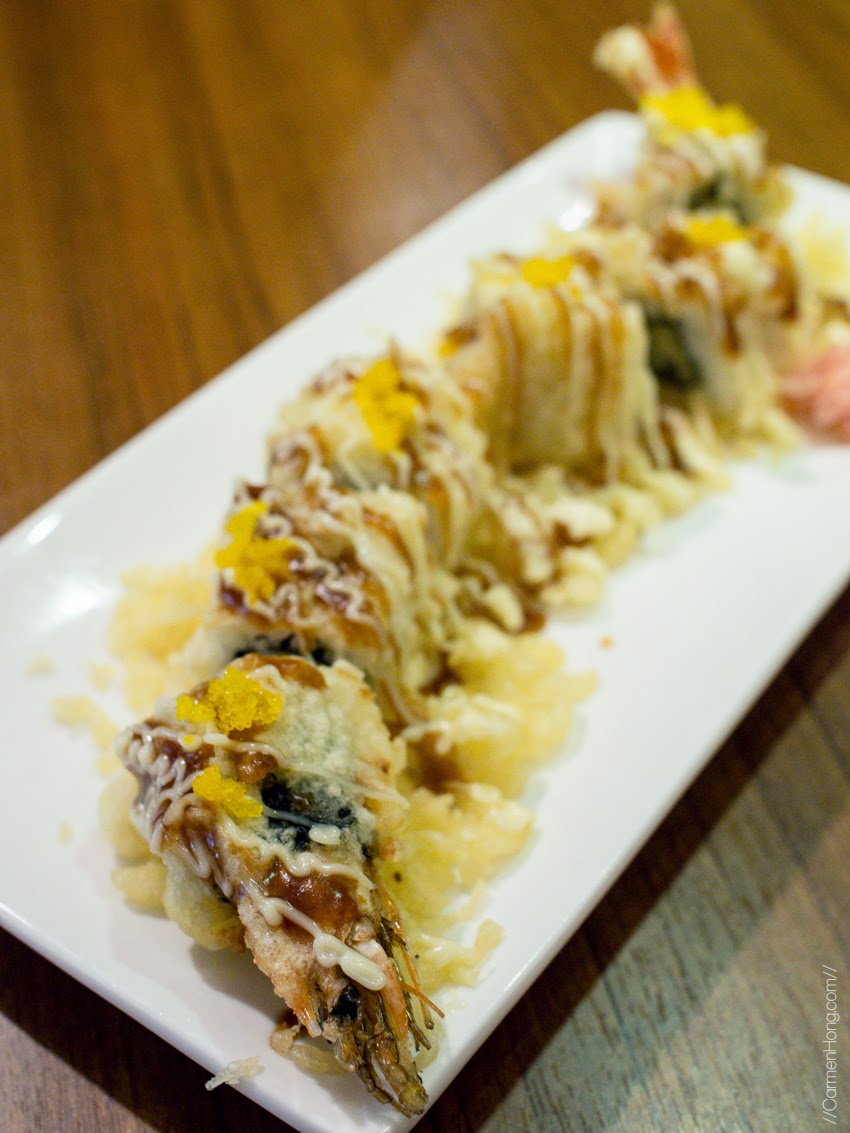 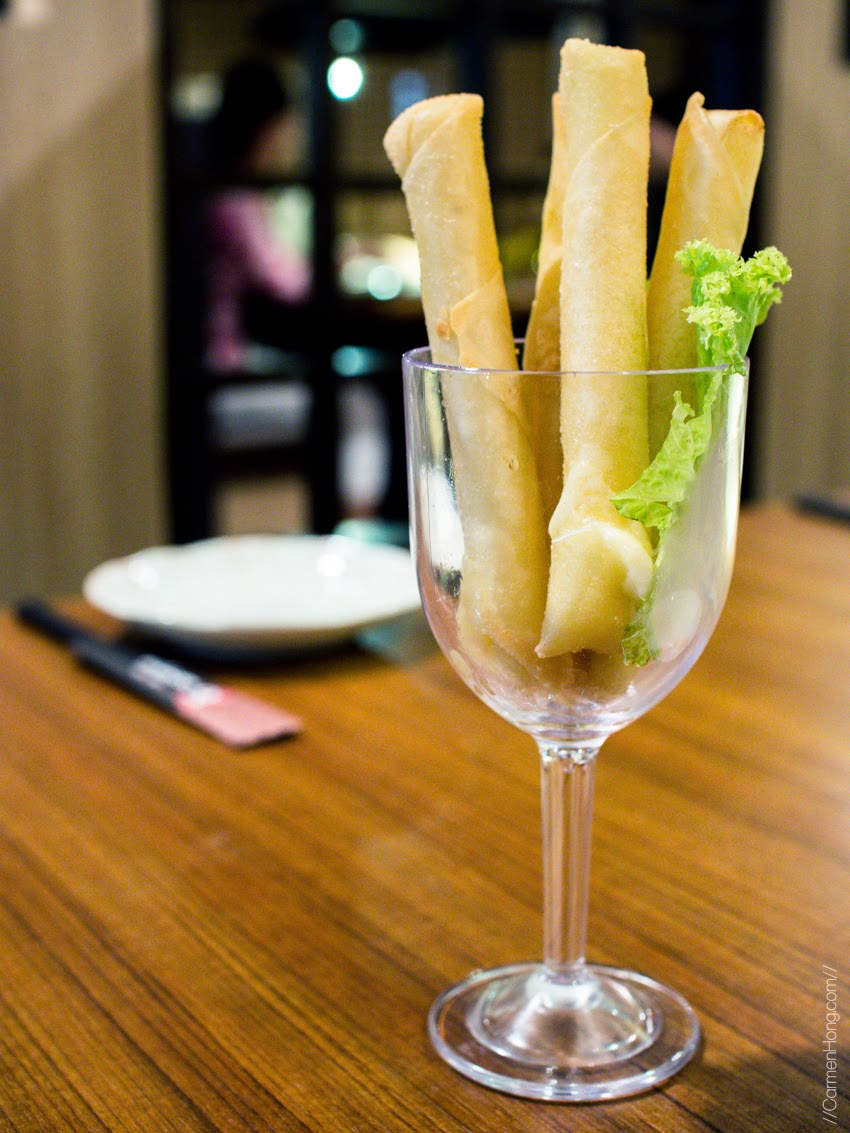 Cheese Stick | RM12
Chicken Teppanyaki Set (Teishoku) comes with the usual bento set side dishes like salad, miso soup, pickles, chawanmushi and salad too. The chicken was very marinated and would be best to be eaten along with rice, because on its own it was tad salty. Whereas, the Wagyu Don comes with a white rice topped with shreds of omelette, miso soup and pickles.
Tempura Moriawase was surprisingly one of my favourite ala-carte dishes, because I don’t usually eat tempura fried because it’s so oily in most places. But here in Yakiniku Ishiya it was amazingly crispy and in some of the pieces it was fluffy too. There was little or almost no trace of oil in them! As for the Golden Maki, it differs from the usual maki because this have been carefully coated and fried in tempura batter. Yet despite that, it was not oily and like the Tempura Moriawase, it was crispy and tasty!
The Cheese Stick is an absolute delight for cheese lovers like myself because it is crispy popiah skin fried and inside is thick gooey pure Mozzarella cheese, which is oh so lovely when eaten, especially while it’s still warm.
We finished our meals with lovely ice creams made in-house, Black Sesame Ice Cream (Goma Ice) and Green Tea Ice Cream (Macha Ice) which was rich in flavour and creamy smooth! I loved the black sesame flavour more. 🙂 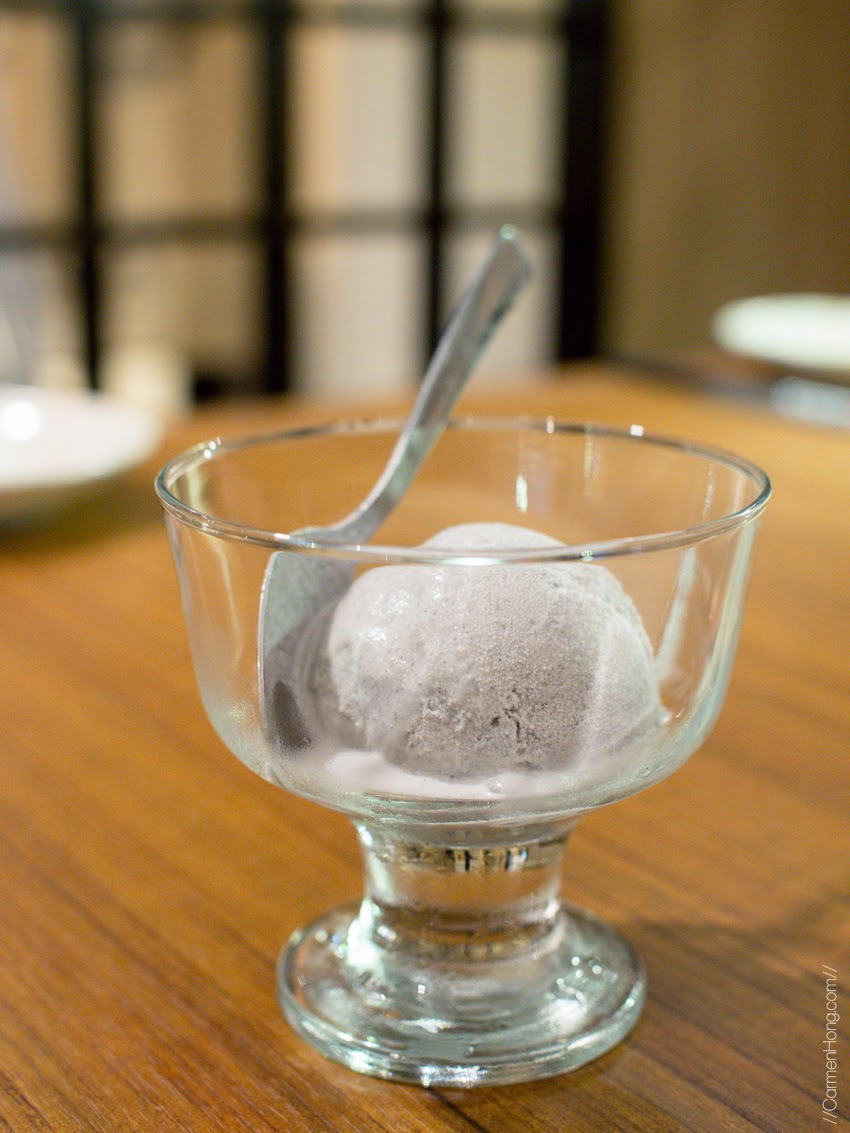 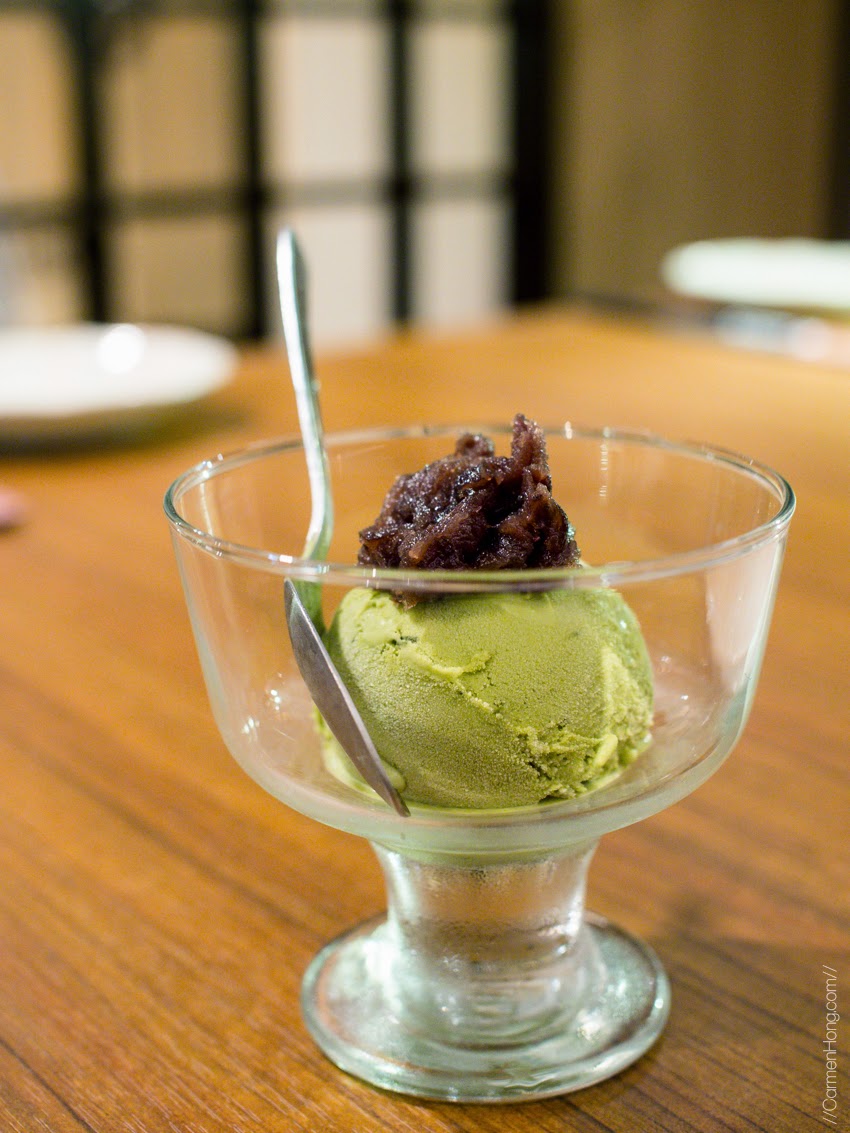