In Beauty, How-To, Make Up, Tutorial

Eyeliners was never really my must have make-up essential items; it was pressed powder back then, when my skin was still smooth and all I needed was powder. I used to think that, that was all I needed. Even when I saw my sister religiously wearing eyeliners whenever she heads out, I still hadn’t seen the wonders of eyeliners, yet. Then, one day I fell in love with the winged, cat eyed eyeliner look that was so in trend. The next day, I got myself a liquid eyeliner; it was the Maybelline HyperSharp Liner.

It did get me some time to get used to drawing a balanced eyeliner for both my eyes, especially since I immediately started off with liquid liner. Once I’m able to draw a balanced one, I went on to try the winged eyeliner! After many trial and errors, I finally managed to do a perfect winged eyeliner. My version is a somewhat casual with less drama compared to those we see on celebrities since those are actually longer.

I did a pictorial, because it is so much easier to have a picture by picture guide. I will also eleborate in details for each step, highlighting which steps were crucial. They are actually only 4 steps and with practice you can draw it under 5 minutes. 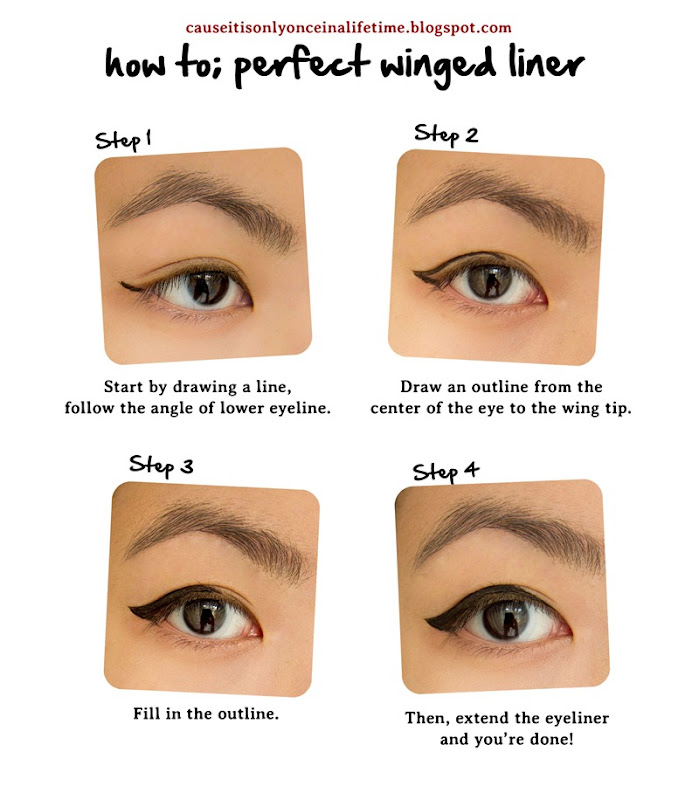 From the pictorial, I know it seems too easy but truth is, it is that easy once you get a hang of it. Since I was trying to make the pictorial as concise as possible, I’ll be elaborating more on each step.

The most important step of the four would be the first one, because that would be the line that helps to guide the winged liner. Think as though you’re using the eyeliner to extend the line of your lower lash line. There is a simple technique/trick called the tape trick or using a cellophane tape. 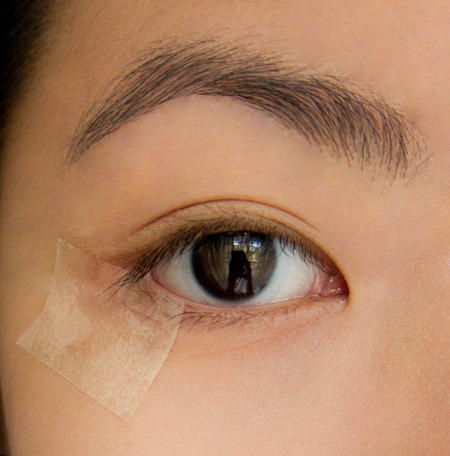 So, what you’d basically do is get a cello tape and stick it slanted/angled according to your lower lash line. To avoid the cello tape to be too sticky, lightly pat the tape on the back of your hand before sticking them to your eyes. The tape only merely acts as a guideline, so once you’ve drawn the line, it’s best to peel it off. 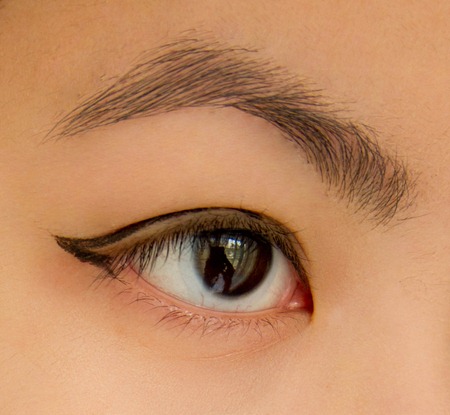 Moving on, the hardest step, in my opinion would then be the second one, where you have to draw the outline from the centre of the eye. I actually have a tip to make this step easier. For those who have double eye-lids, you can use the fold of your eyelid as the guideline to how thick you have to draw the eyeliner. For those who don’t have. you can decide on the thickness of your eyeliner according to how you would prefer it to be.

The third step basically involve filling in the outline that you have drawn earlier. Do this step carefully because you have to make sure it stays within the outline you have drawn. For the fourth step, it is just extending the line. If you’re not used to drawing your liner using liquid, best that you try to draw short lines instead of one slick line.

Ta-da, you’re done! Four simple steps to have that perfect winged eyeliner! I’ll show you a picture of my eyeliner; I had actually lined my waterline as well. 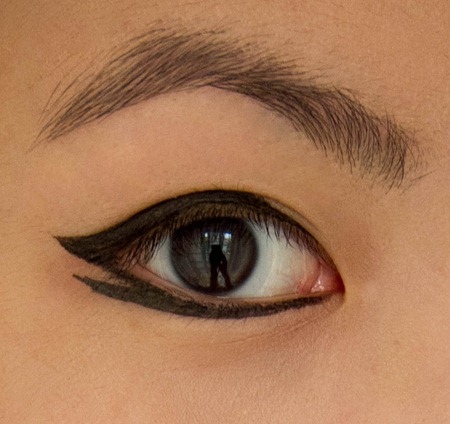 I know it is a bit dramatic, because I kind of got carried away while drawing the eyeliner which actually happens pretty often. I am usually afraid of lining my lower lash line because the eyeliner would usually smudge, but the new K-Palette eyeliner I am using (which I will review soon!) almost doesn’t smudge! 😀

I’ll end the post with a shot of my face, wearing the eyeliner. I do hope you found the tutorial very useful and good luck with drawing the winged eyeliner! 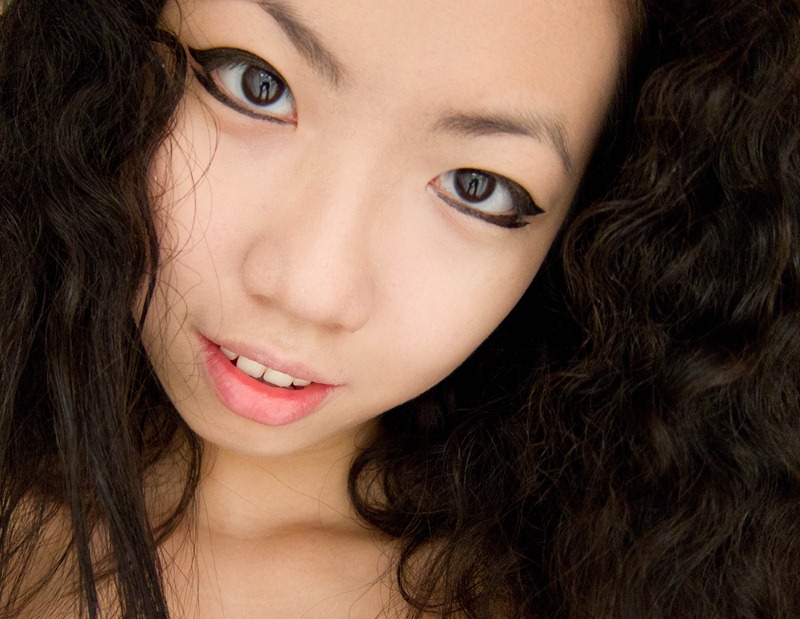