Out & About : Shopping at Freeport A’Famosa Outlet, Malacca

I have never met a Malaysian or in fact, anyone who doesn’t love discounts during shopping. I’ll be honest to admit that I rarely pay the full price for my purchases unless I really had to have it. Of course, there are a few exceptions here and there but I absolutely love shopping with discounts! Previously, I’ve only shopped during the Mega Sales Seasons or during the Warehouse Sales where prices would be slashed tremendously.
Only recently did I discover of Outlet Stores, whereby the products sold there are always on discounted prices at any time throughout the year! I first heard about these stores during the opening of Mitsui Outlet, located in Sepang. Then I had my first hand experience with outlet stores when I was in Melbourne at the DFO South Wharf; I got myself Levi’s jeans, Roxy wetsuit and Calvin Klein’s shirt at a bargain price. Ever since I’ve been back, I missed shopping over there. Deals were so cheap!
Thankfully, I recently had the opportunity to visit the Freeport A’Famosa Outlet located in Malacca, which opened its doors to the public on 5th December 2015. The Freeport A’Famosa Outlet or better known as the outlet village spans over 180,000 sq.ft in size with over 60 brands ranging from fashion, sport and accessories. 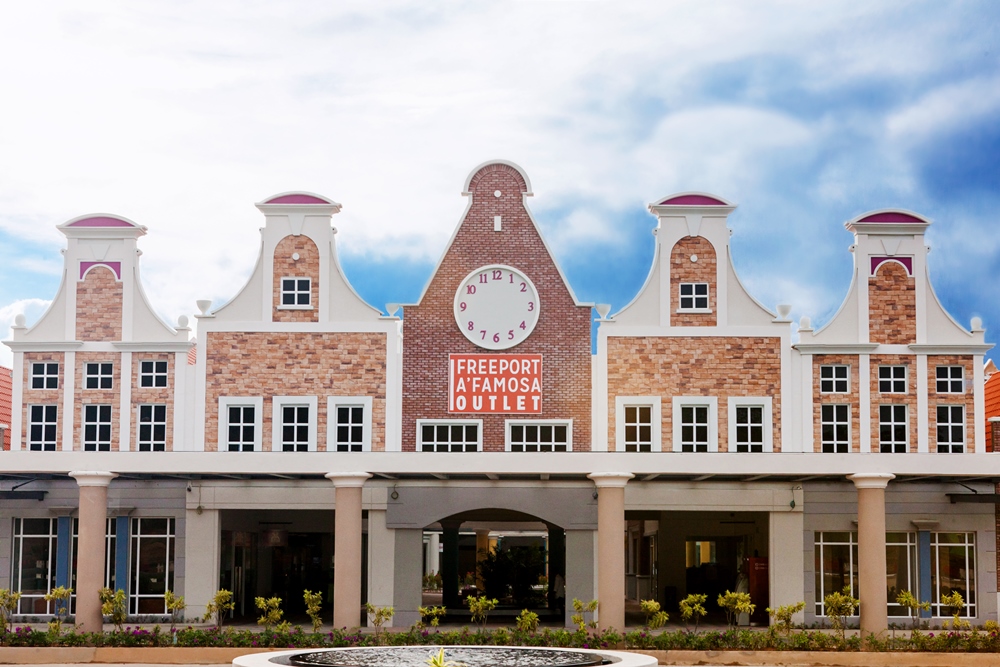 Before the opening, I have actually passed by the area and I was in awe with the beautiful architecture I saw from the car. When I actually visited the place, I realised that the outlet is in an open air mall concept featuring a lake, fountains, carousel and windmill with architecture loosely themed on Malacca’s Dutch heritage. 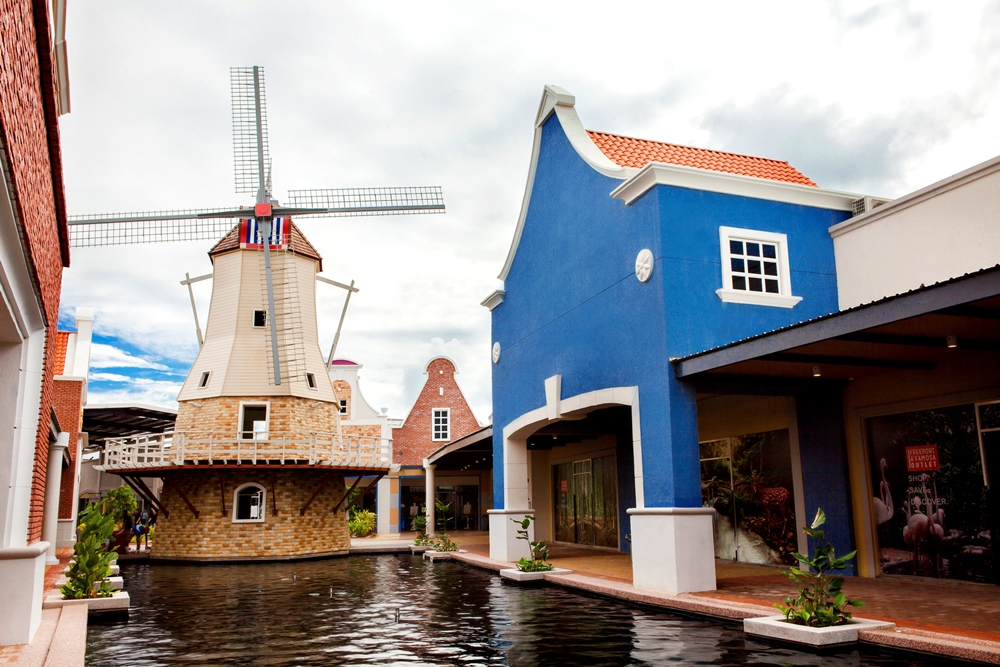 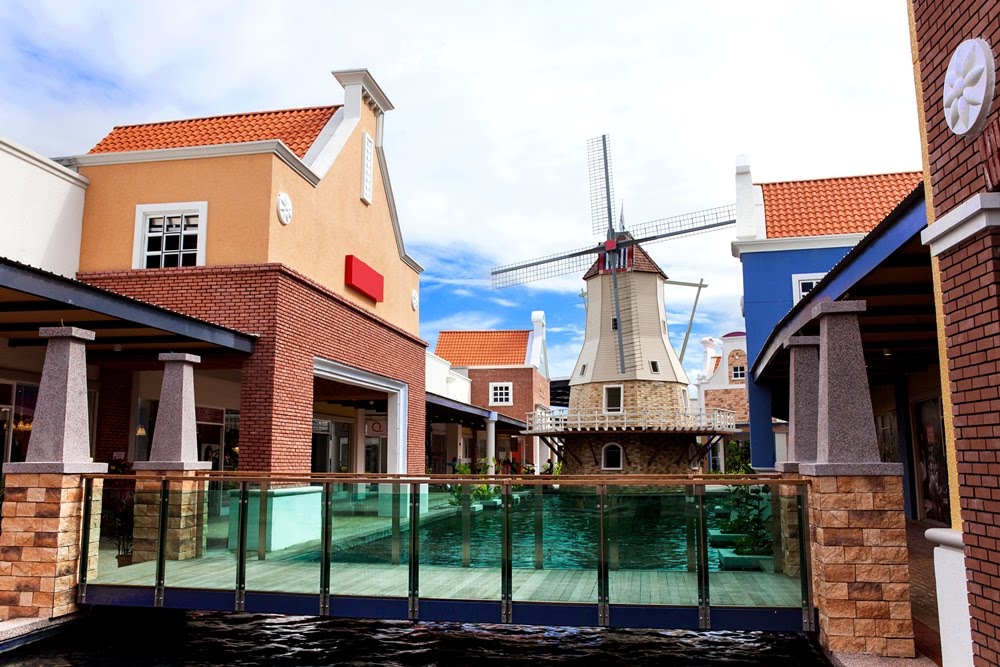 The outlet is actually pretty close by the Alor Gajah toll on the North-South Expressway, which made it easier and convenient for travellers to head there since you don’t really need to drive into the Malacca city to access the mall. Best part of it all, is the ample parking spaces available for free! That actually is one of the main factors I would consider when I’m out and about; whether the parking would be an issue.
Like other malls and outlet stores, the main attractions would be the brands available there. At Freeport A’Famosa Outlet, there are a myriad of brands to shop with such as Puma, Rip Curl, G2000, Espirit, Levi’s, Cotton On, Carlo Rino, Sacoor Brothers, Nike, Melinda Looi, Forever 21, Crocs, Daphne… just to name a few. The retailers here are more varied with different brands to appeal to the various crowds. 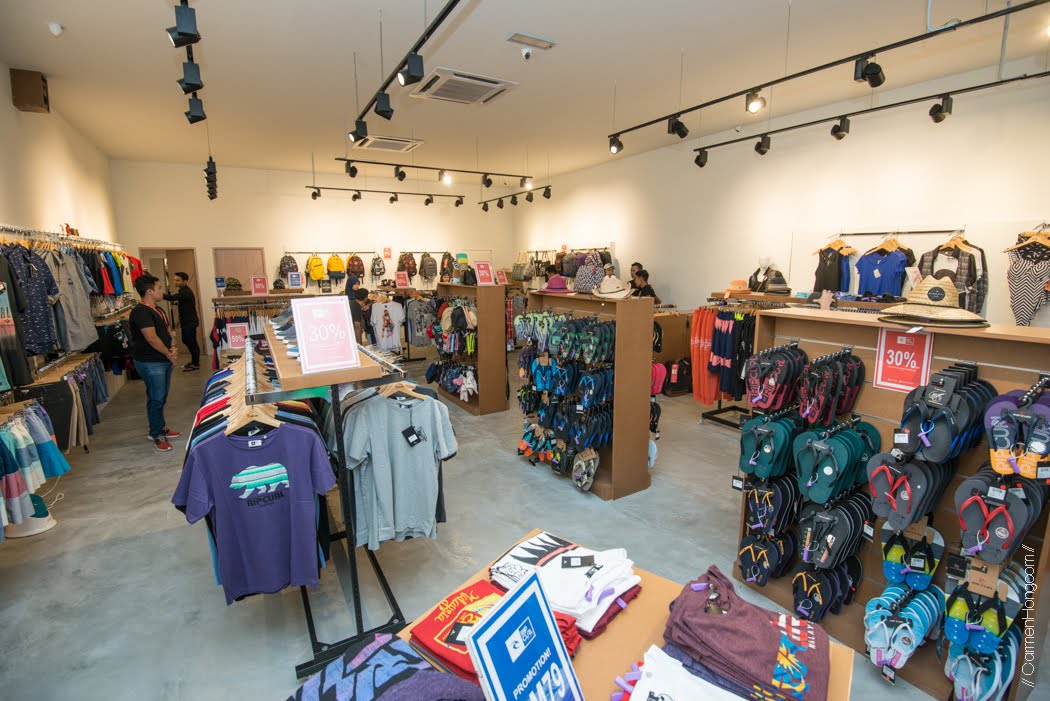 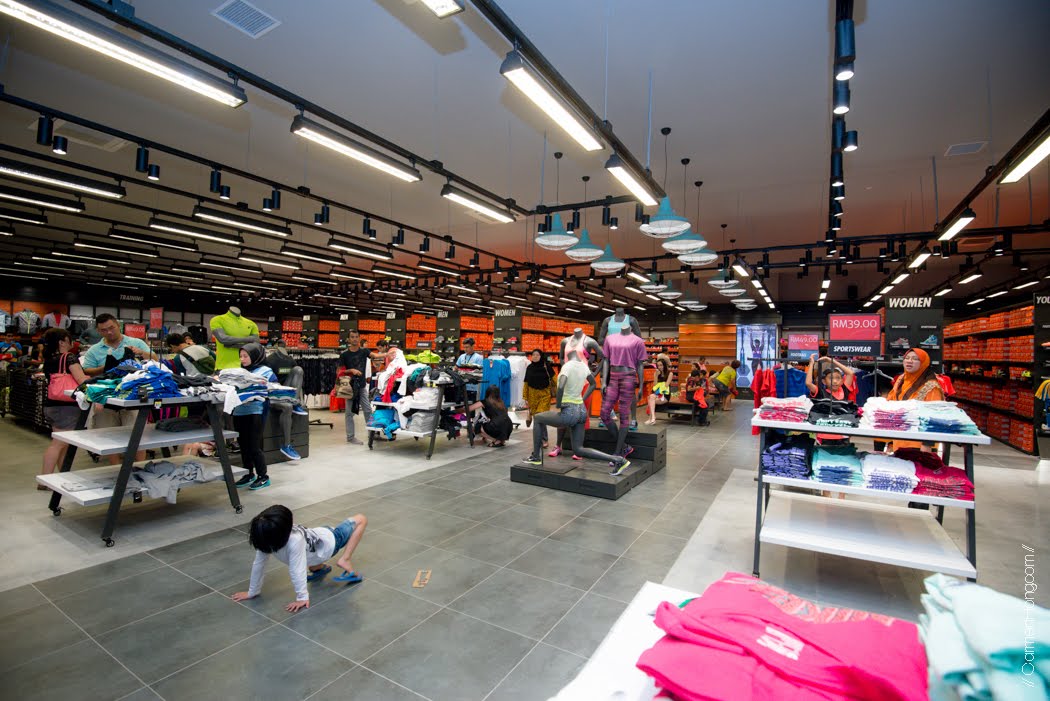 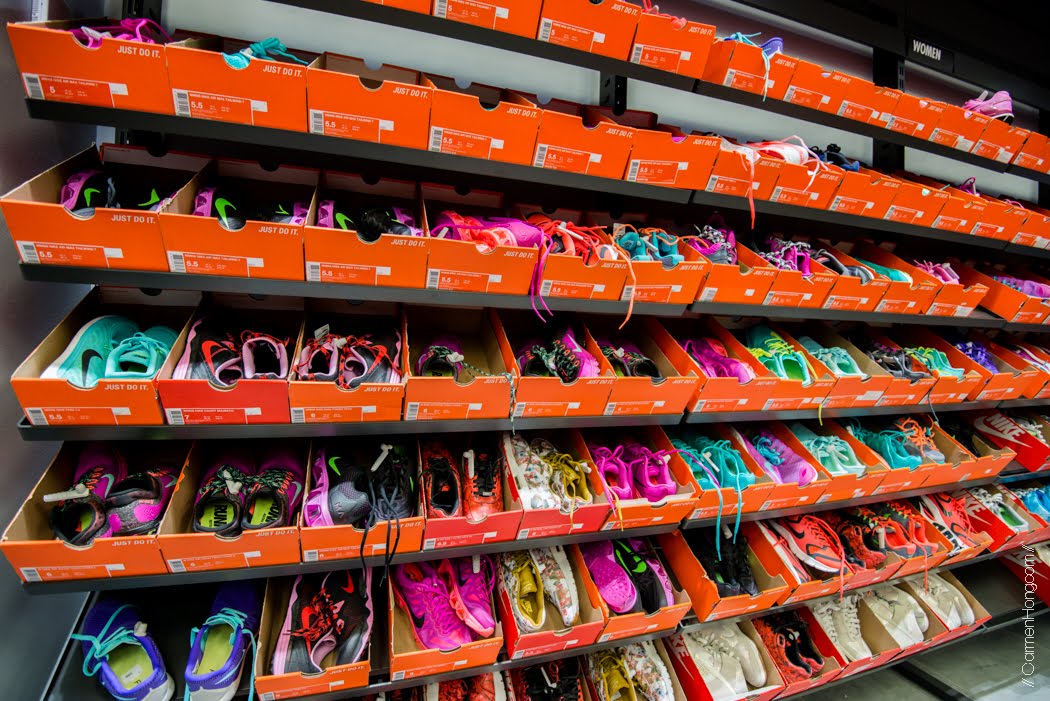 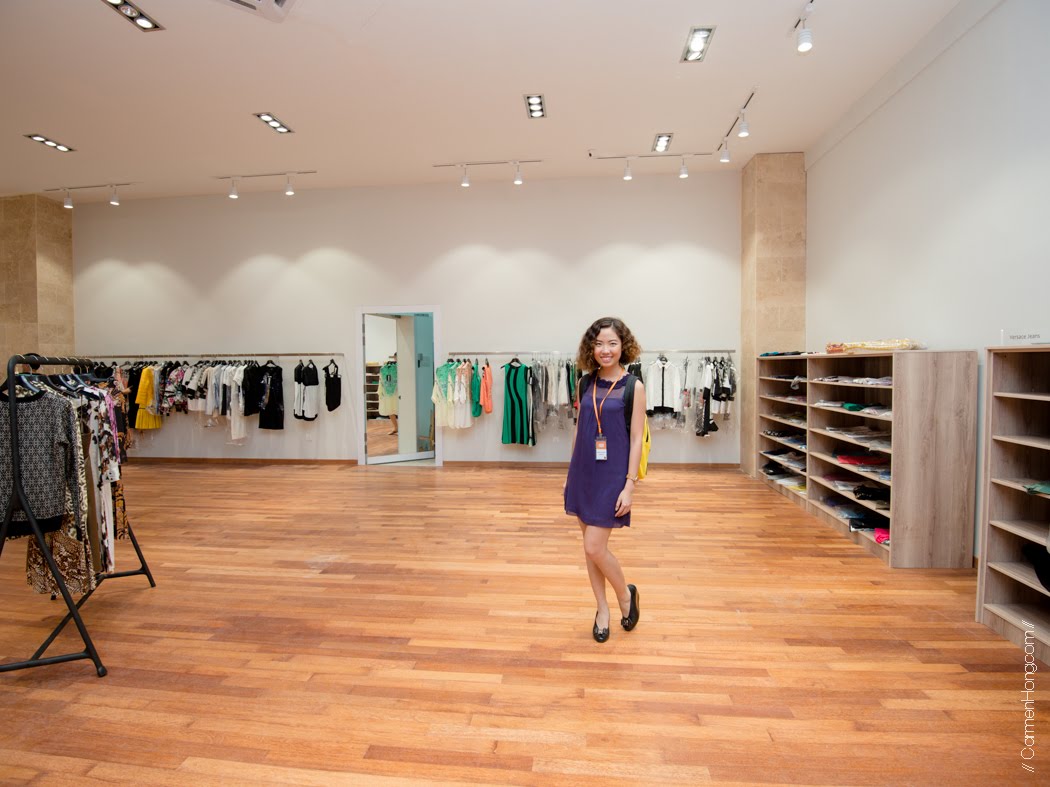 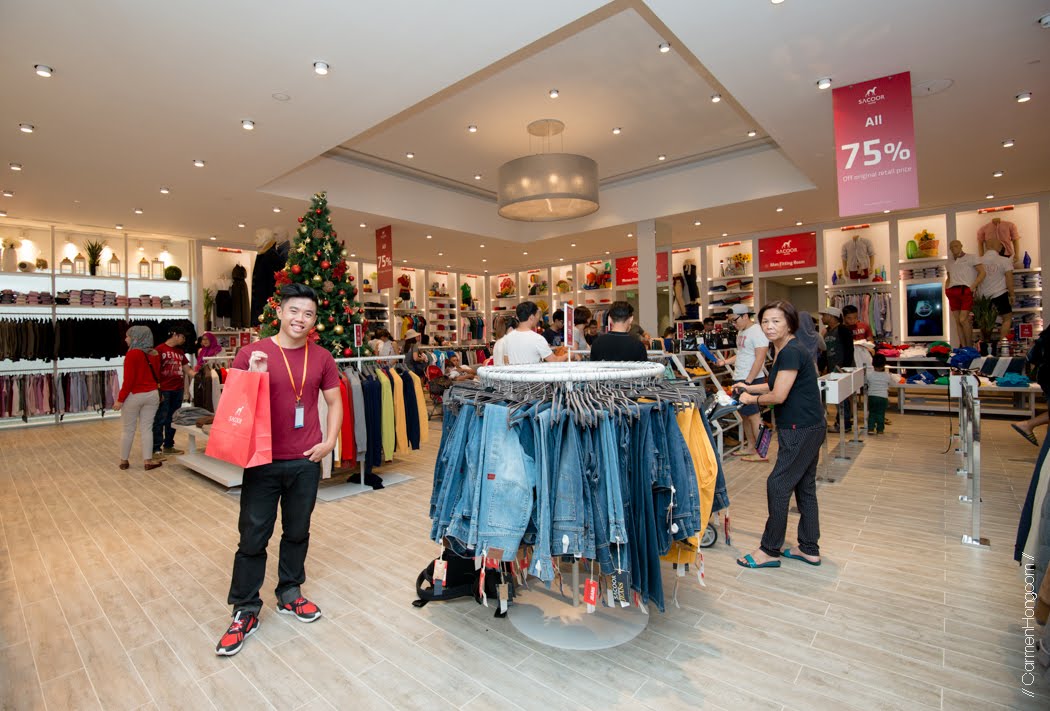 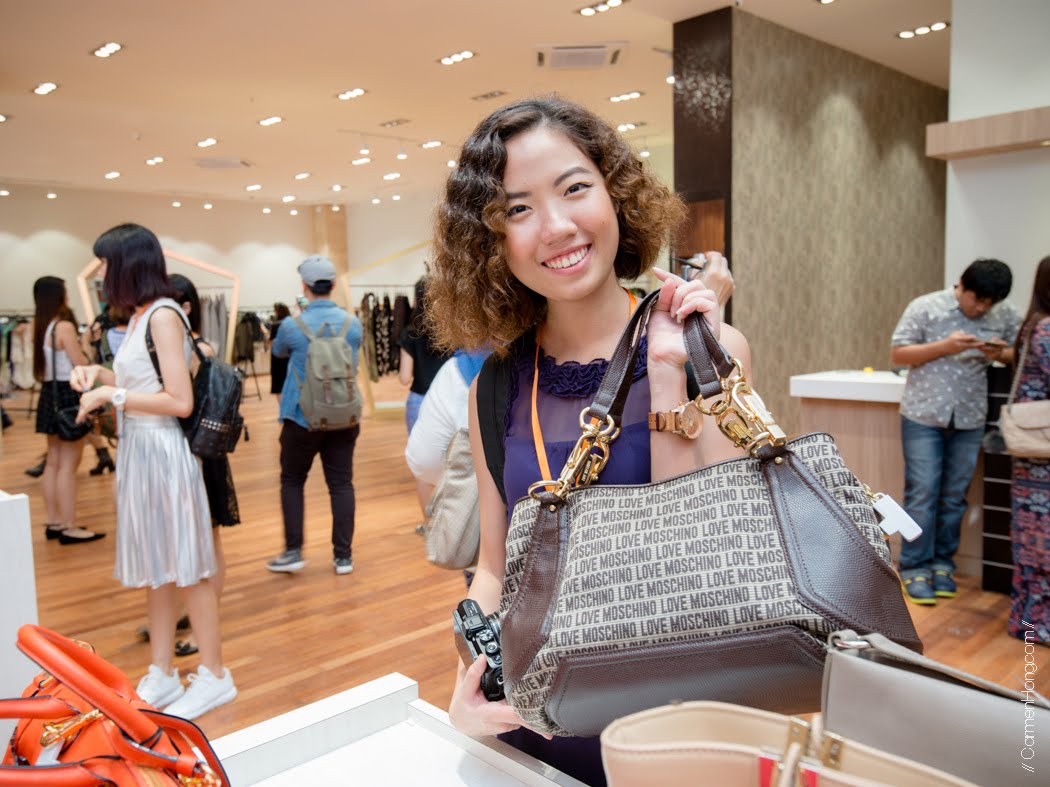 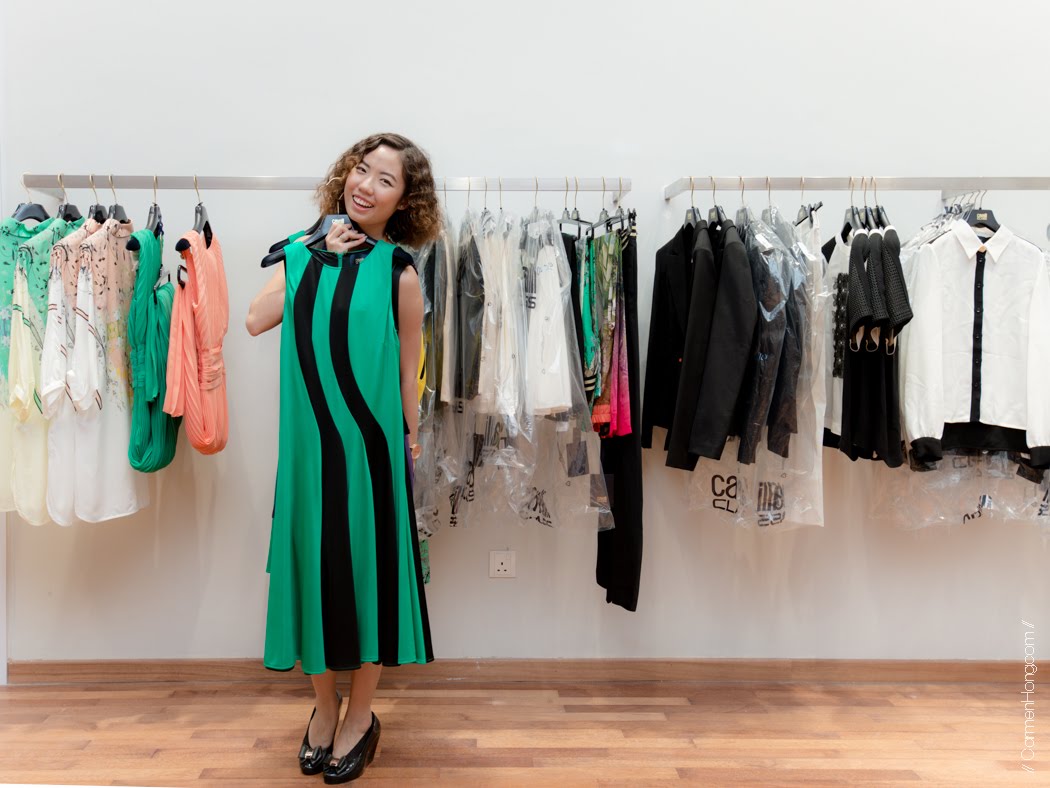 The moment I saw that Melinda Looi amongst the list of retailers, I decided that would be the first shop I headed to. There are really no better designers to support than the ones back in your own home ground; that for me is what I believe in. I always seen Melinda Looi’s designs and there is never a better chance to have one of her pieces at a very affordable price now. 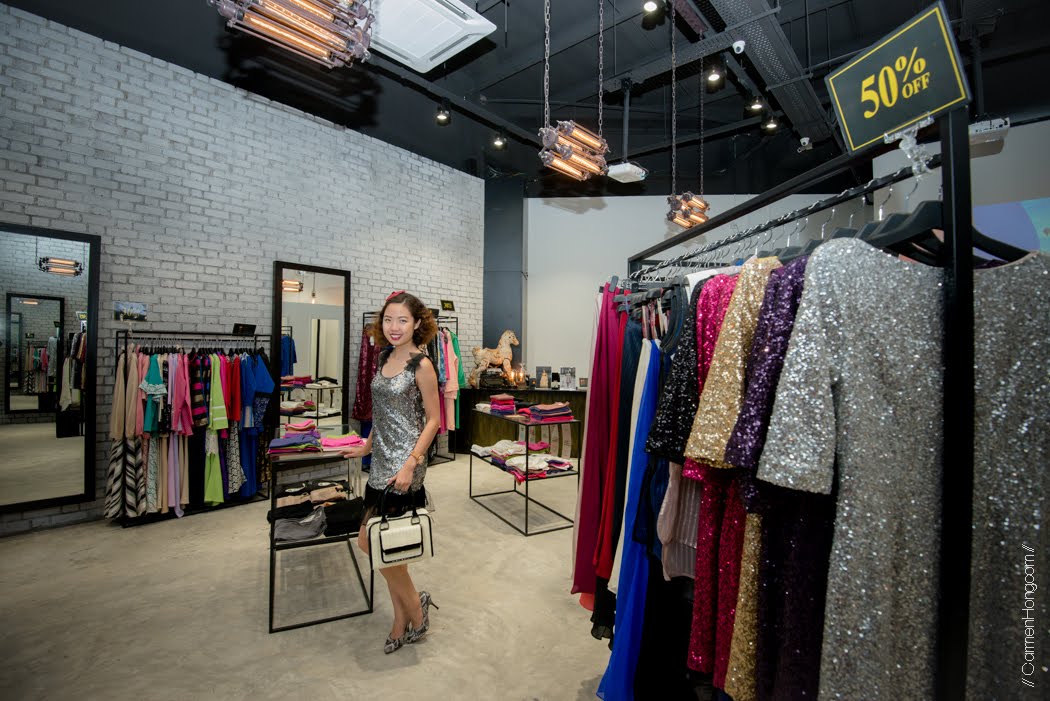 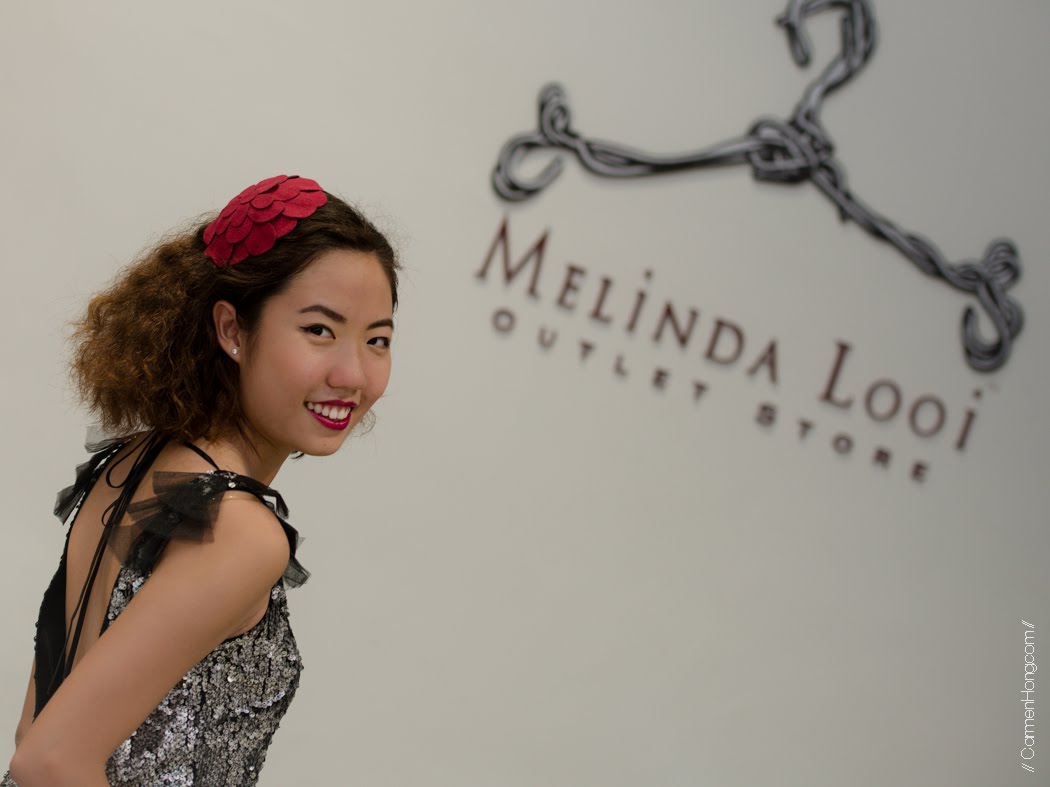 There were plenty of designs available in Melinda Looi’s outlet store ranging from party dresses to modern traditional dresses and even some basic wear as well. You’ll be delighted to know that there are various sizes available, even from XS sizes! There, I fell in love with a sequinned party dress which oozes the Gatsby 1920’s era kind of dresses. I always wanted a stunning party piece and I’m so glad to have found it here! The dress was on around 50% discount. Such a steal! 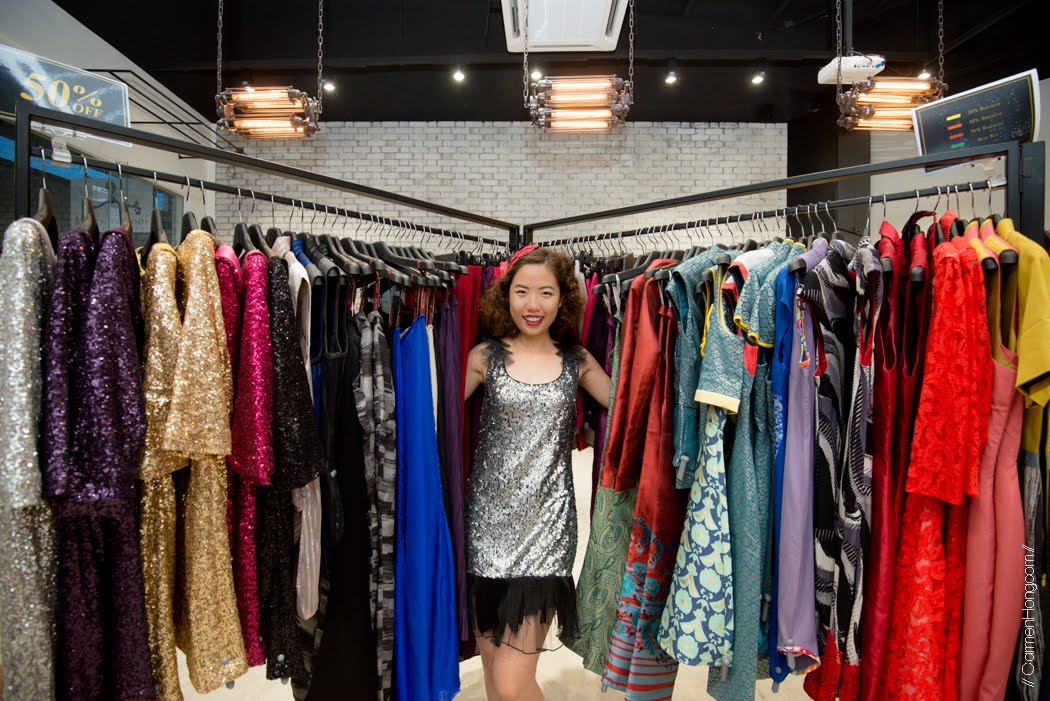 You’ll find the discounts at the Melinda Looi’s outlet store ranges from 20% up till even 70%! So, do drop by there to shop for dresses which will make you the centre of attraction. /:p I saw so many other dresses that I love! PS – If you’re lucky, you might even meet Melinda Looi herself at the store! I was so lucky to have met her in person, and to take a picture with her too and also wearing a dress she had designed!
So what are you waiting for? Freeport A’Famosa Outlet is approximately less than 2 hours drive from Kuala Lumpur, with so many great shopping deals await. On top of that, you can also pop by the Malacca city for a day trip to fill your tummy with all the delicious food they have there.