In Events, Fashion, Out and About, Sponsored

Out & About: The Party of The Century at Empire City

Ever since I watched The Great Gatsby, I fell so madly in love with the parties that Mr. Gatsby held at his mansion. With all the ladies dressed to the nines, the guys looking all dapper with drinks and food, and oh, entertainment too. Ah, that high life. I thought it would just be something in the movies, but I was invited to the Party of The Century, (I posted about it here earlier) and it was slated to be just like Gatsby’s.
For the week leading to the big night, there was so much hype about what everyone else is wearing and the type of looks which would fit the theme of 1920’s. The 1920’s dresses were about sparkle, beads, and floating chiffon paired with feathers and headbands too! I was headed to the party from work, so I opted a knee-length white drape dress which actually was too simple for the theme. To play up the overall look, I did a smokey eyes make up with Mary Kay’s Mineral Eye Color Quad in Black Ice. I had my hair down, embracing my curls. I never loved my hair more than now. 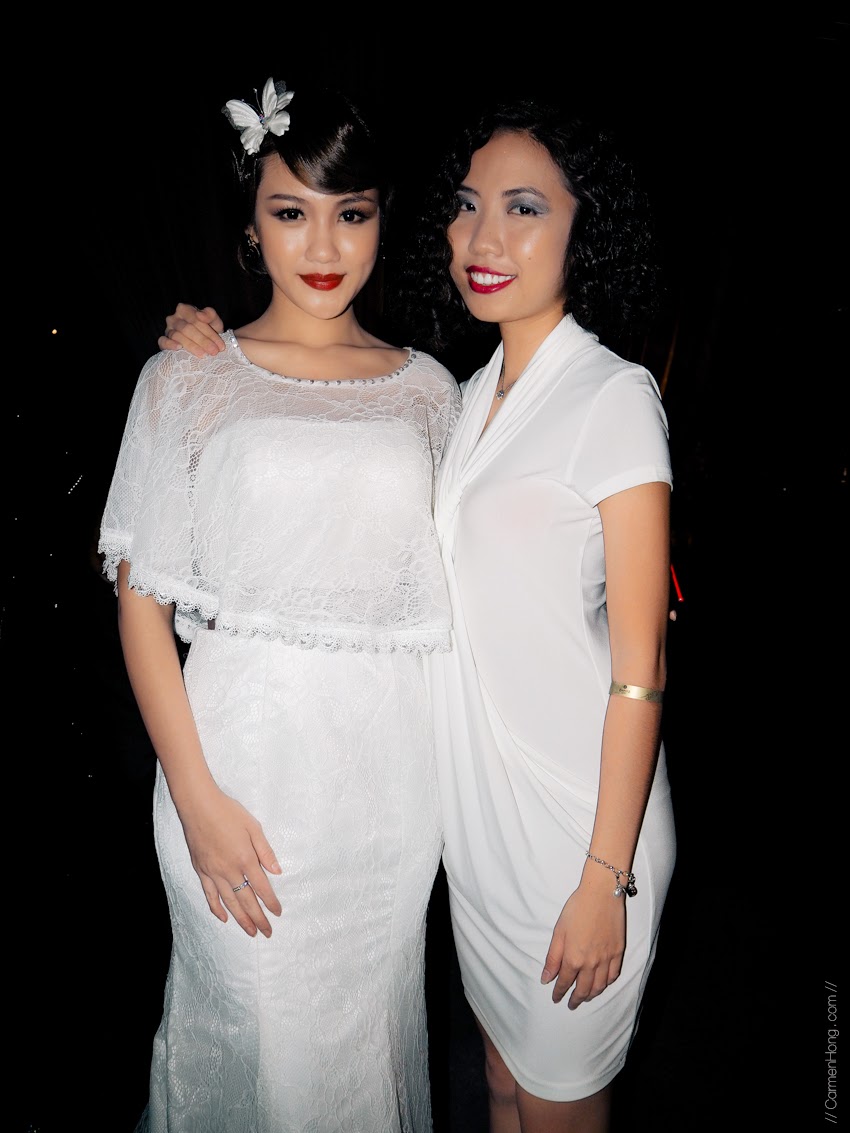 | With the gorgeous, Elvina Chua. Almost didn’t recognise her! |
The Party of The Century was held in Empire City which served as a preview to the place. It actually wasn’t too difficult to locate the place, it is nearby One Utama, just a little further down the highway. It’s located on the opposite of the road, as compared to One Utama. And my, was the place super spacious and done up very grand for the event.
I had friends asking me after the event how it was and this is what I told them. Imagine the concourse area of a mall being transformed into a grand ballroom and all levels in the mall overlooks the concourse, with the decoration of those grand ballroom. Everywhere you turn it just feels like I’m in a grand mansion with food and drinks everywhere, and I’m just surrounded with all the guests which are dressed to the nines. 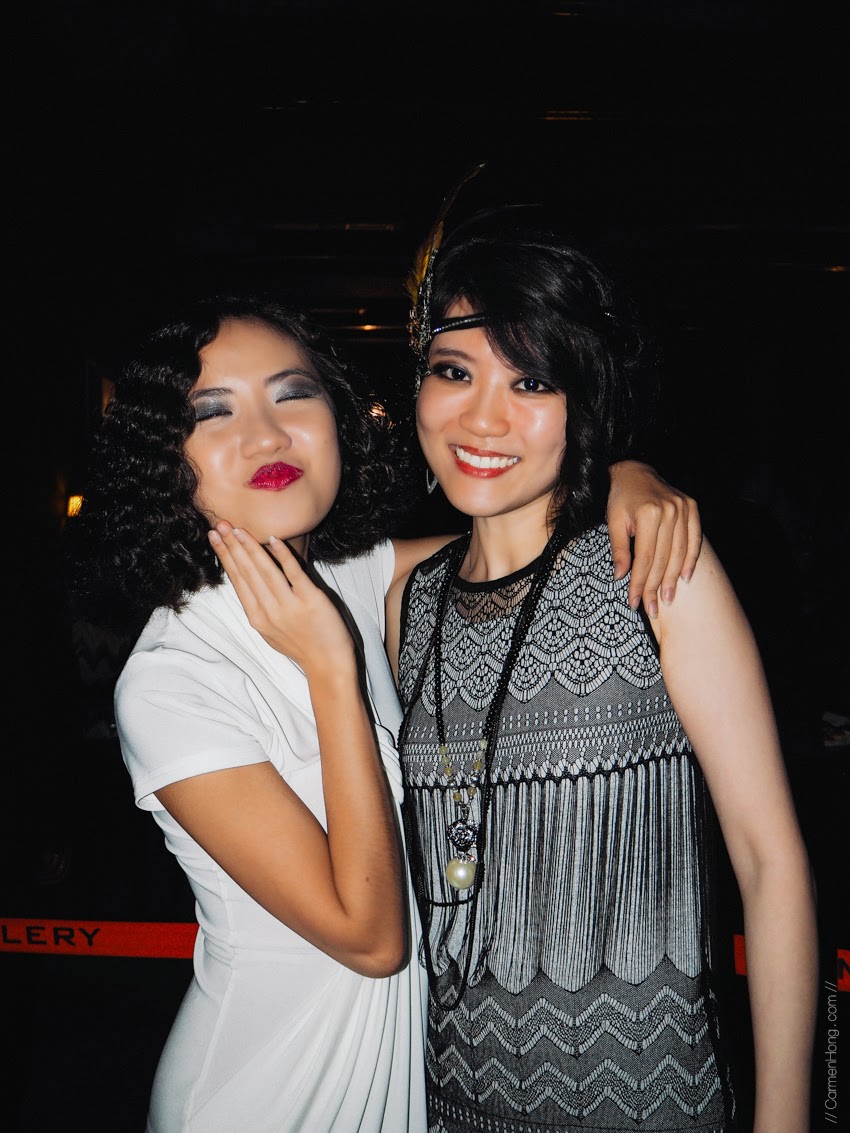 | I’m really loving Sycookies’s outfit for the night, so 1920’s! |
Being one of the #Team50MY bloggers, we got to party VVIP style with access to all sections of the party. In the VVIP section, we got to rub shoulders with all the celebrities who attended the party. There were pretty much all over the VVIP section, just chilling and enjoying the party. 🙂 At the section where I was, I saw Peter Pan (潘裕文), Taiwanese singer and Elanne Kong, a TVB actress. 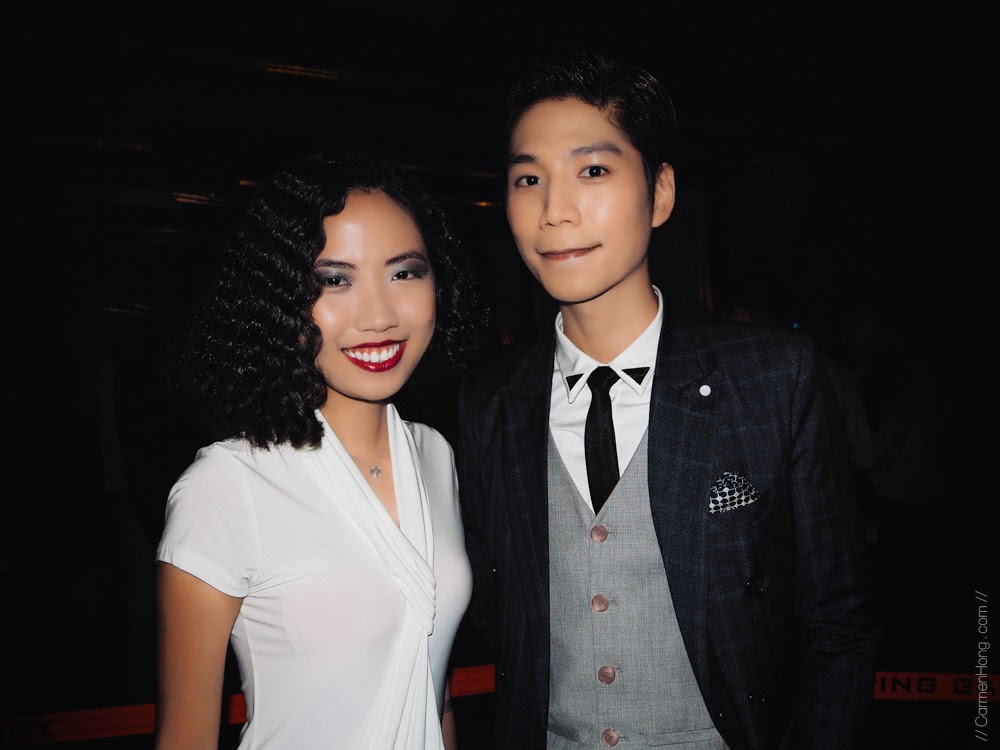 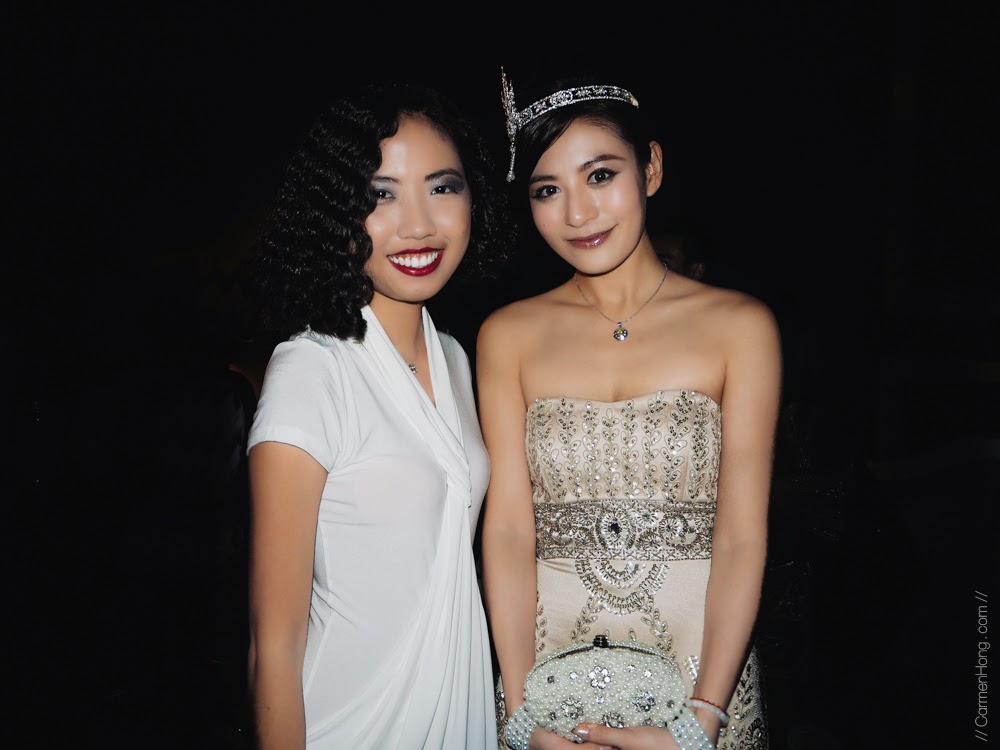 What I heard from my friends who attended the event was that they were able to find other TVB actresses and actors, along with all the other celebrities which attended the party, and even got pictures taken with them. It’s a pity I didn’t bump into any other celebrities, but that was probably because I was down at the stage area for the performance. I wanted oh-so-very-much to attend this was just so I could see Paris Hilton in person. 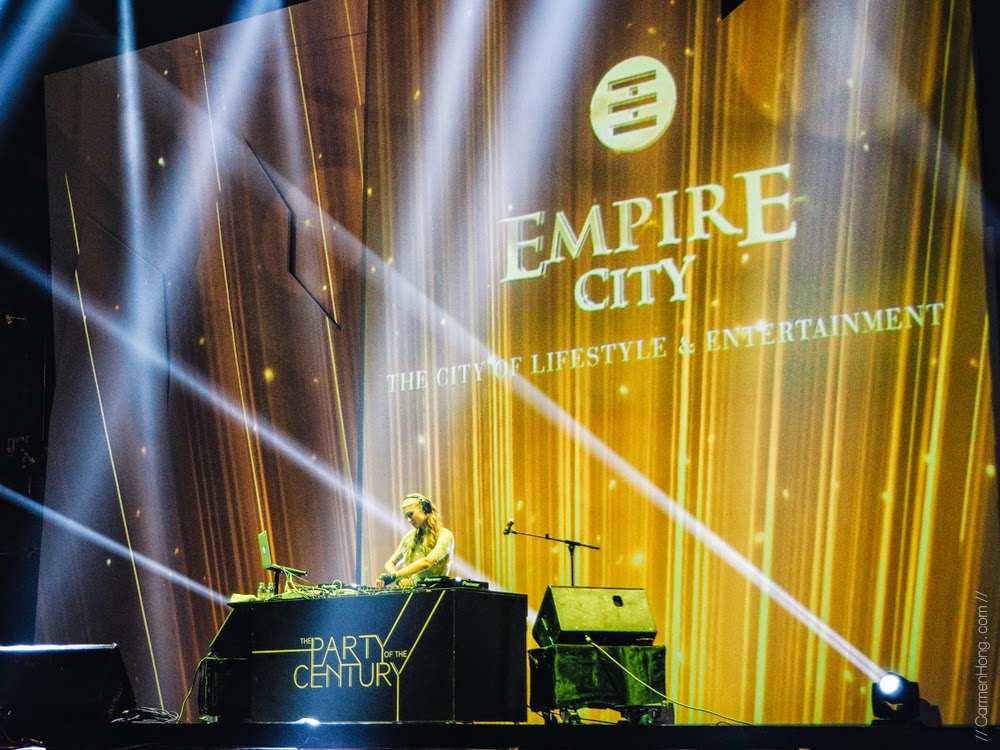 So, it was really amazing that I managed to see her right at the very front of the stage. She started her set with her own songs first, trying her hands at being a DJ. After her performance, Taboo from Black Eyed Peas performed and man, did he bring down the house with BEP’s songs. So much love for Black Eyed Peas. The highlight of his performance was when he ended it with singing, “Where Is The Love”  and he shouted Black Eyed Peas come back! I hope that means they are making a come back soon, cause I have been waiting forever for that to happen. 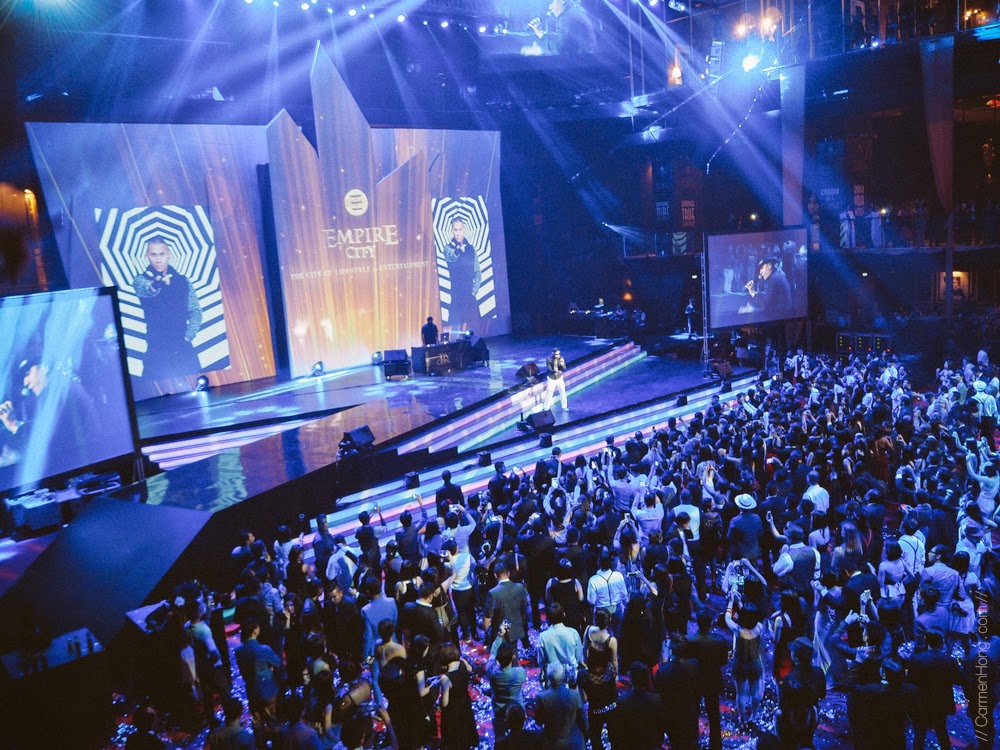 And that pretty much sums up the highlight of the party, mannnnn did I have the time of life. Looking back as I’m posting about it now, I wished I took more pictures with all the lovely friends I met that night for memories keepsake. Instead I was too pre-occupied with enjoying myself, that I didn’t take that many pictures. So, I’ll tell you what.. you should look out for the pictures from other bloggers of #Team50MY, just use the hash tag on all social media, and you should be able to find them. You can also use these hash tags, #POTCMY and #PartyofTheCenturyMY. 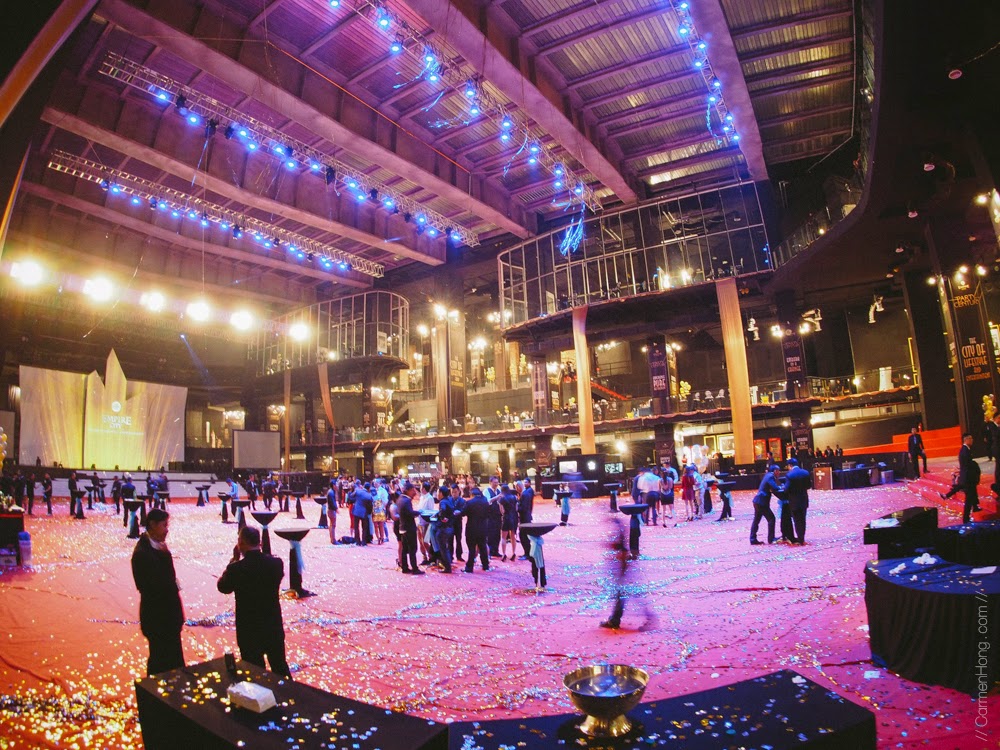 | A shot of the place, after it ended. Just to show you how it looks like. |
Till next time,
xoxo
Share