You know it’s going to be a good day when the first thing you see is a rainbow and a gorgeous sunrise skies. And the moment I saw that, my first reaction was to grab my camera to try to get a better shot of the rainbow (because it was earlier sandwiched between the houses and condo). So, I chased the rainbow in my flip flops with my camera around my neck. By the time I reached the park, the sun was up and the rainbow gone. I would have been upset, but the rainbow was too beautiful and it would be etched in my head anyway. Here’s a quick picture of the sunrise anyway. 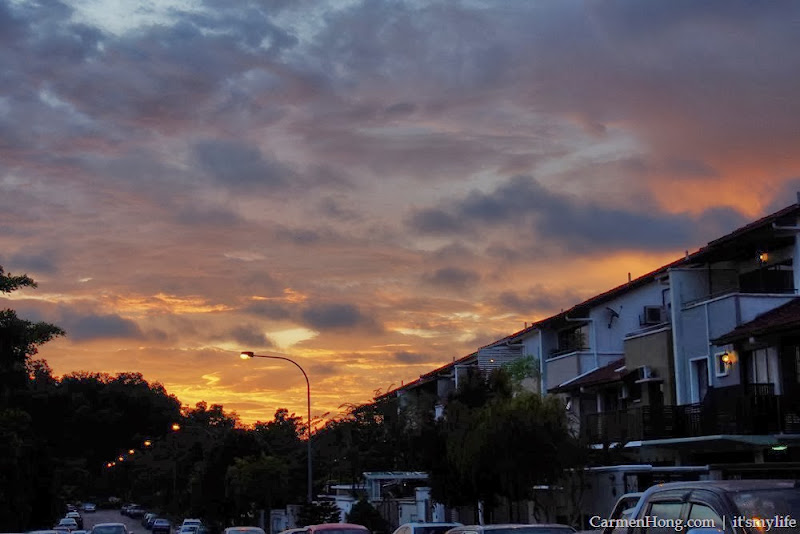 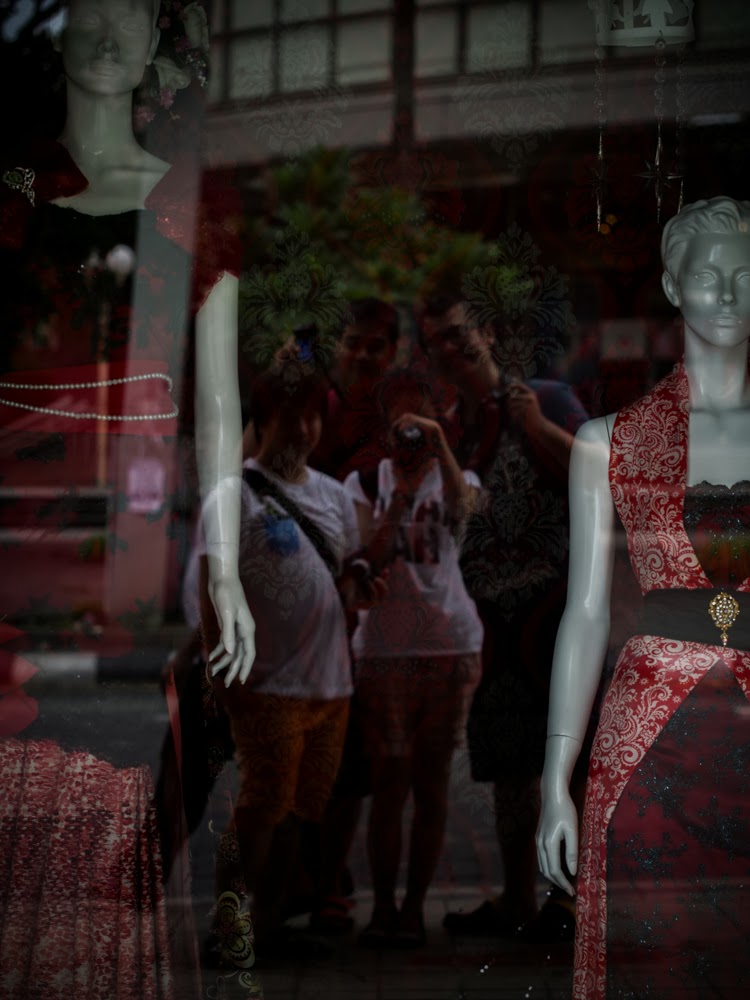 | Meet my friends! Can you guess who is who? |
I was up early because I was joining a few of my friends for a photo walk on the streets. If you know me, you probably know that I don’t head out much to the streets and that I’m so much more of an indoor type of photographer, except for the macro shoots I go. Otherwise, I mostly shoot still life, nails, self-portraits and also food. Shooting on the streets and the streets itself have never been something I liked, because I just don’t go what to look out for and what to shoot basically. In my lifetime so far, I have only shot the streets twice, the first time using the Canon S90 and after that, I borrowed Alex’s Panasonic GX1. You can read about the my first photowalk here (Pudu area) and the second one here (Petaling Street area). I just realised that it’s been approximately 7 months since I last shot on the street. It’s good to see if I have improved over the months.
It was a short shoot, for just a couple of hours (2 hours plus minus) to cover the Jalan Masjid India area and we finished off with lunch at Yut Kee Restaurant, a place is famed for its Hainanese pork chops. I was shooting with my Olympus EPL5 along with a couple of different Olympus Micro Four Thirds lenses. Since we were all using the Olympus Micro Four Thirds camera system, we were able to share and switch lenses for whichever picture we needed another lens for. This was definitely one of the advantage which got me into the MFT system in the first case. 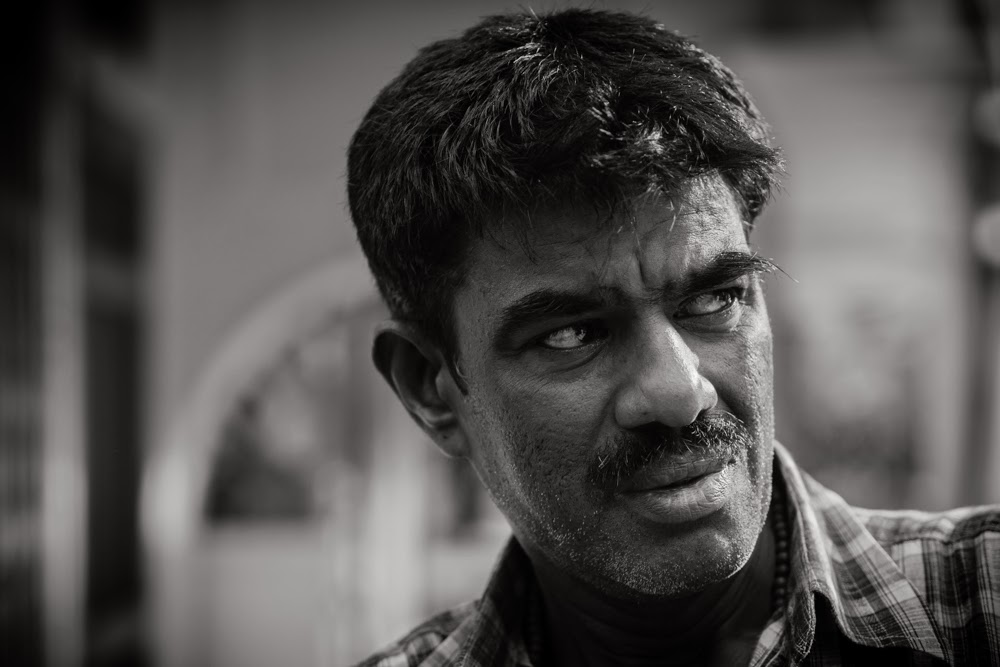 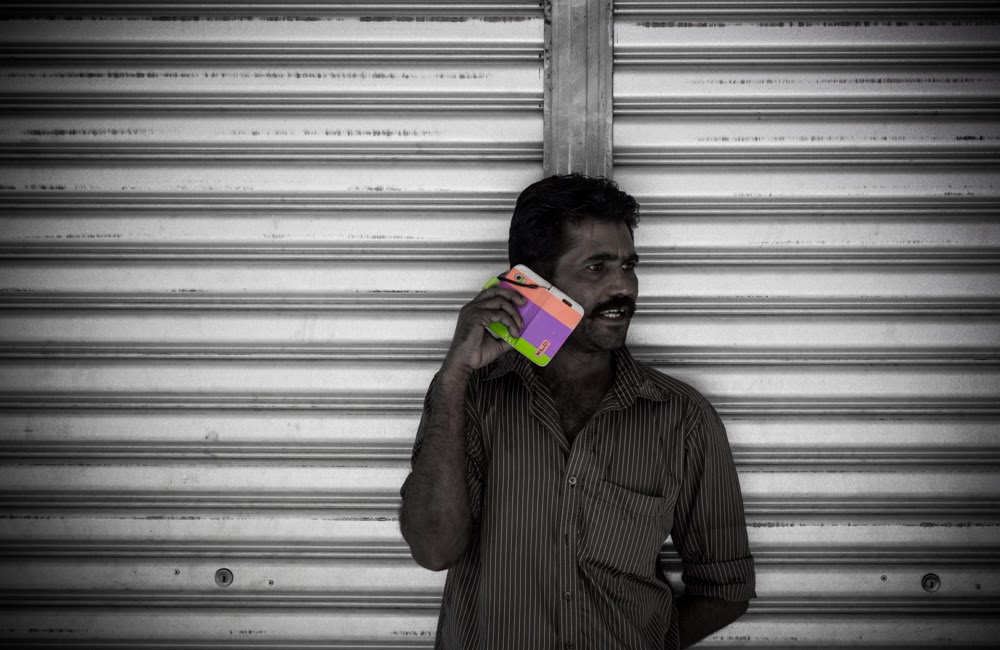 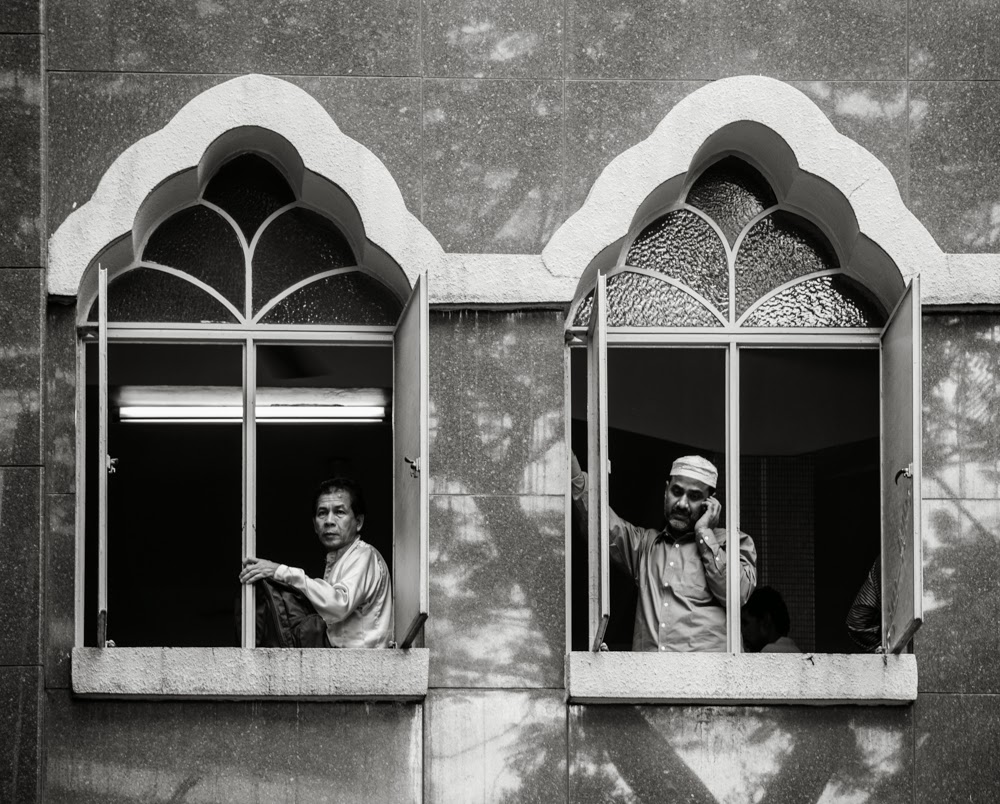 | Two man, right next to each other divided by just a wall. But the lives they live, are two completely separated ones. | 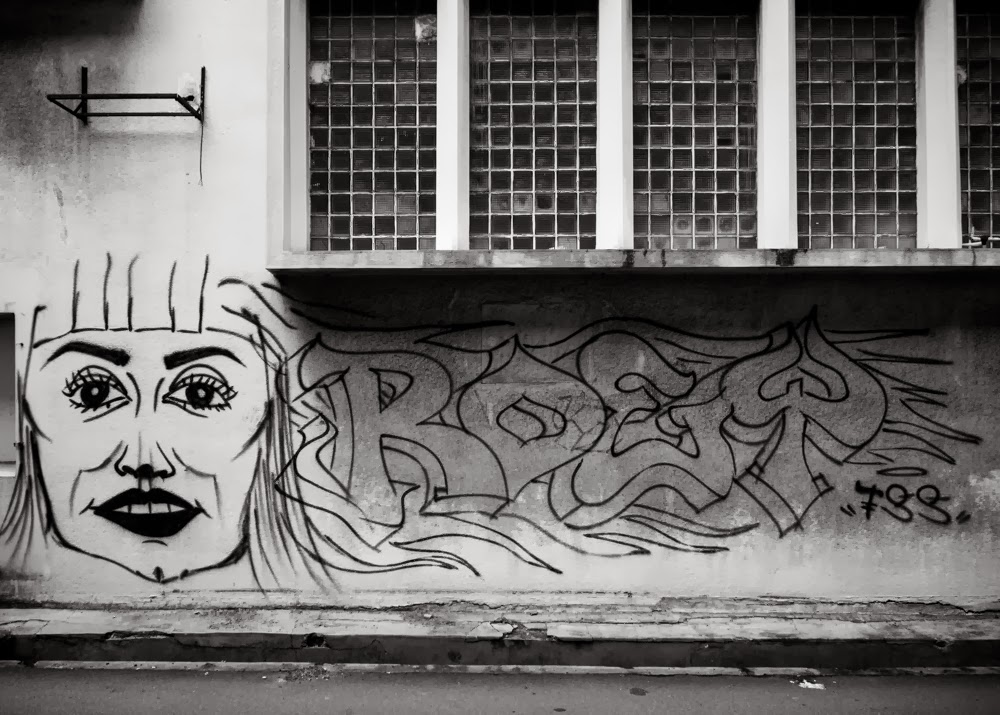 | Street Art, much |
Once I am home, I got to working through the 300 plus pictures that I have taken starting by first shortlisting the ones that I would post process. I ended up importing a whole lot of 88 pictures into my Lightroom catalogue, although most of them were duplicates of each other. Difference was probably the crop and a slightly different angle. I’ve been doing that since 2PM and even then I’m just done like 95%, maybe I ought to rethink the time I take to post-process. What I didn’t realised was that I ended up with a lot of black and white pictures after processing them. I have always chose a rather moody tone to my street pictures, based on the two previous posts. 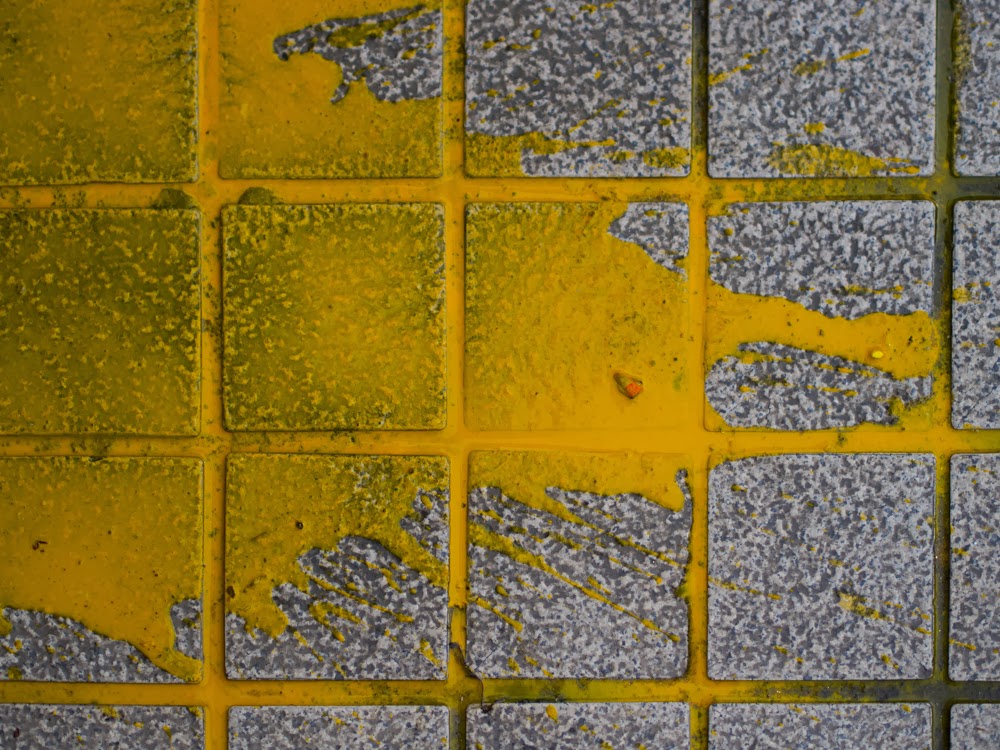 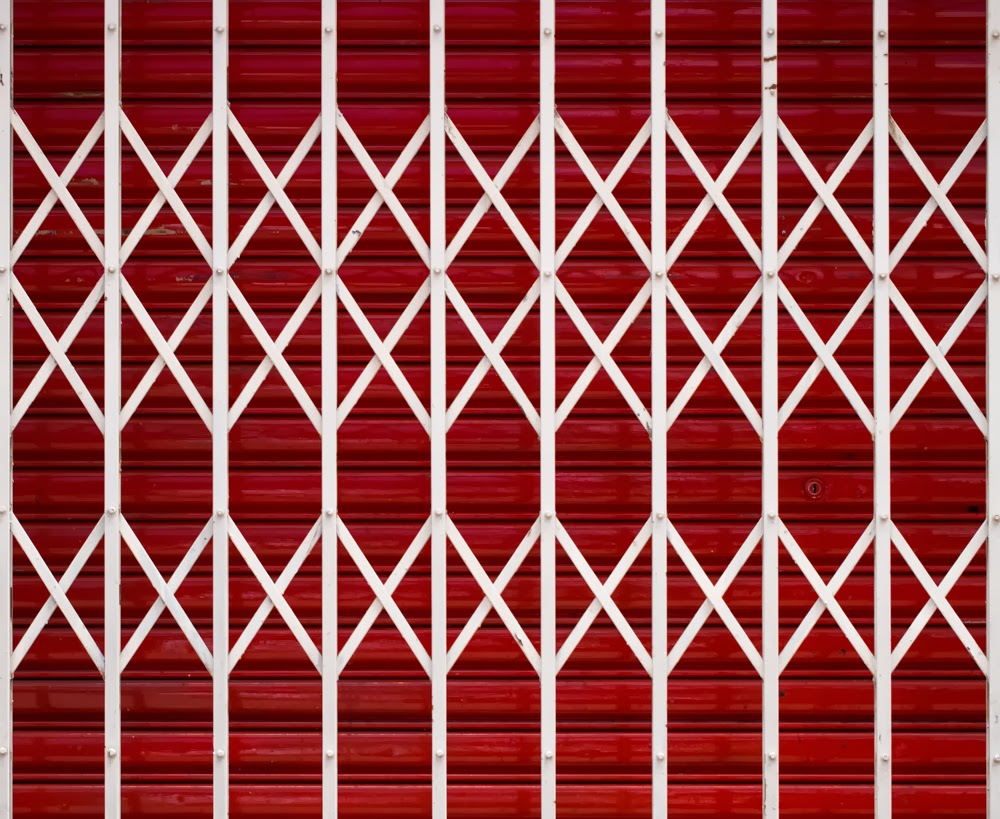 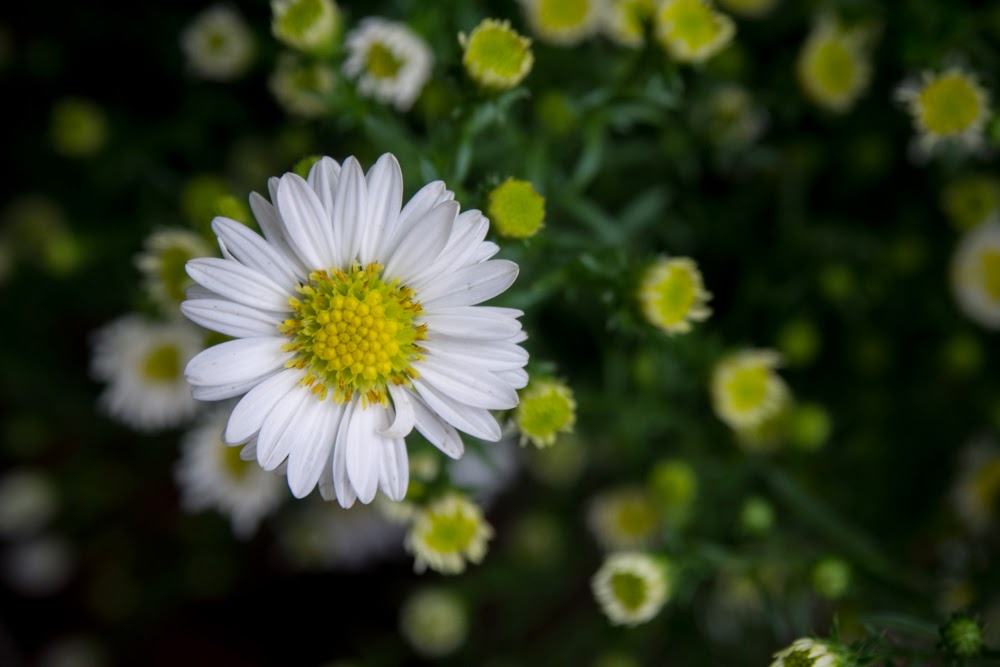 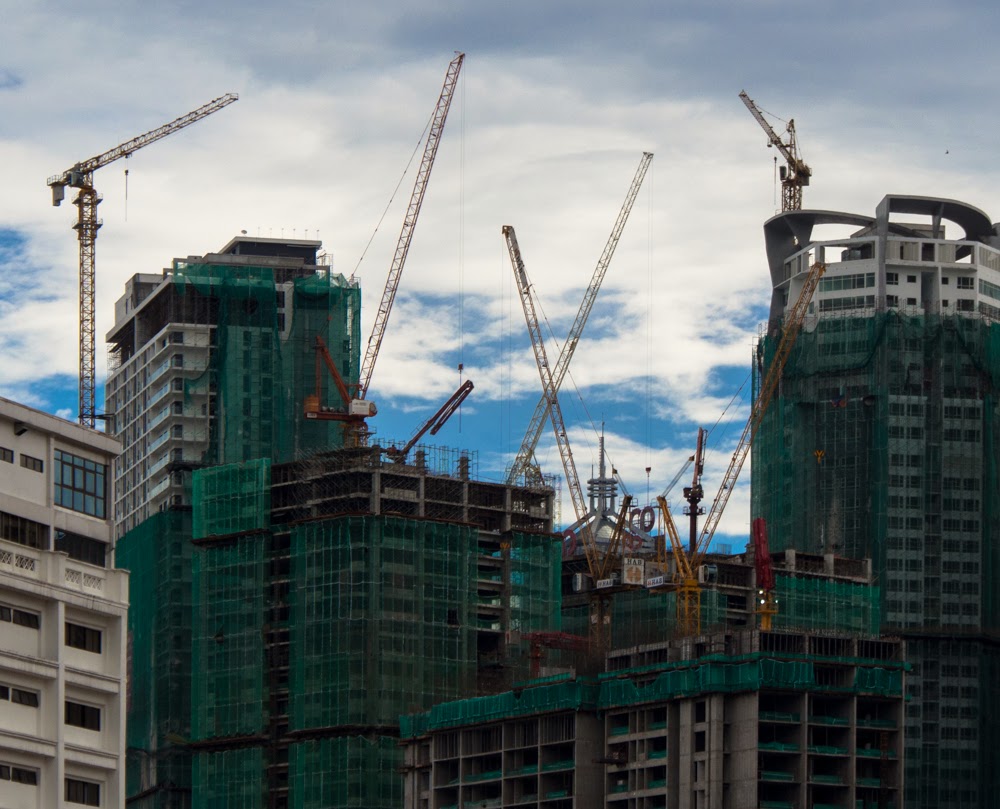 | The Orchestra of Constructions Cranes |
Now that I have enough colours in my pictures, can I go back to black white post-processing? :p During the shoot, I realised that there were plenty of buildings (old and new) with rather interesting architecture. For the next few pictures, I needed to use a wider angle lens and so I switched to the M.Zuiko 12-50mm F3.5-6.3, which is actually the Olympus OMD EM-5 kit lens. 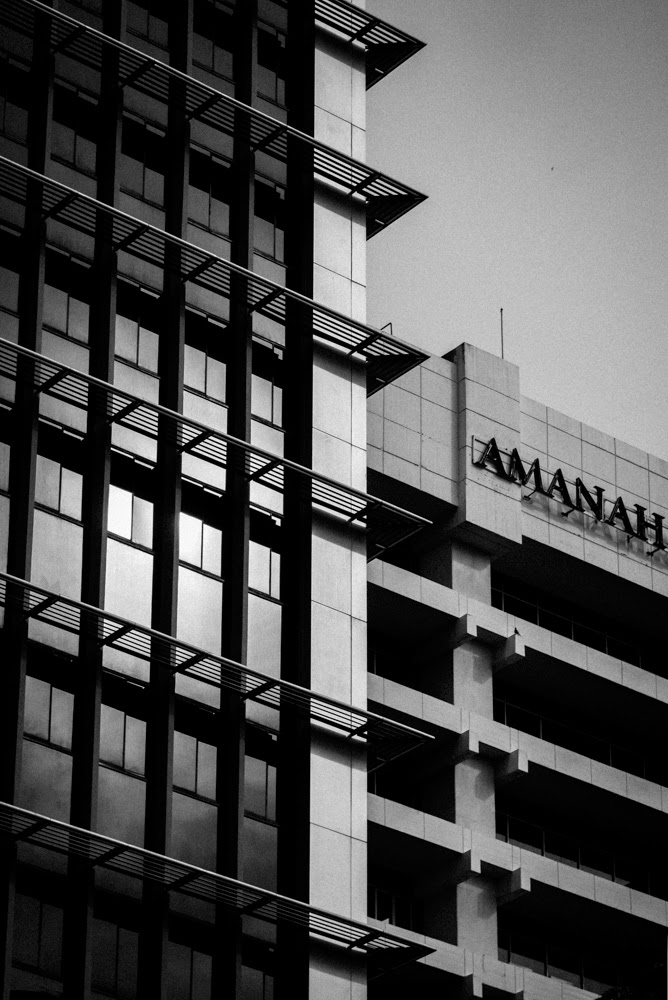 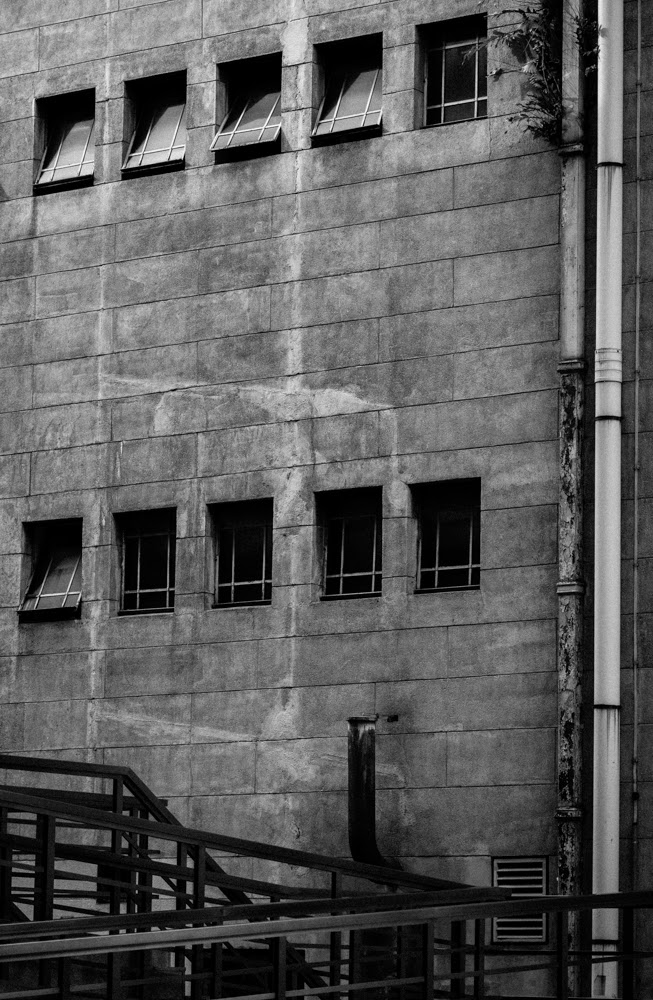 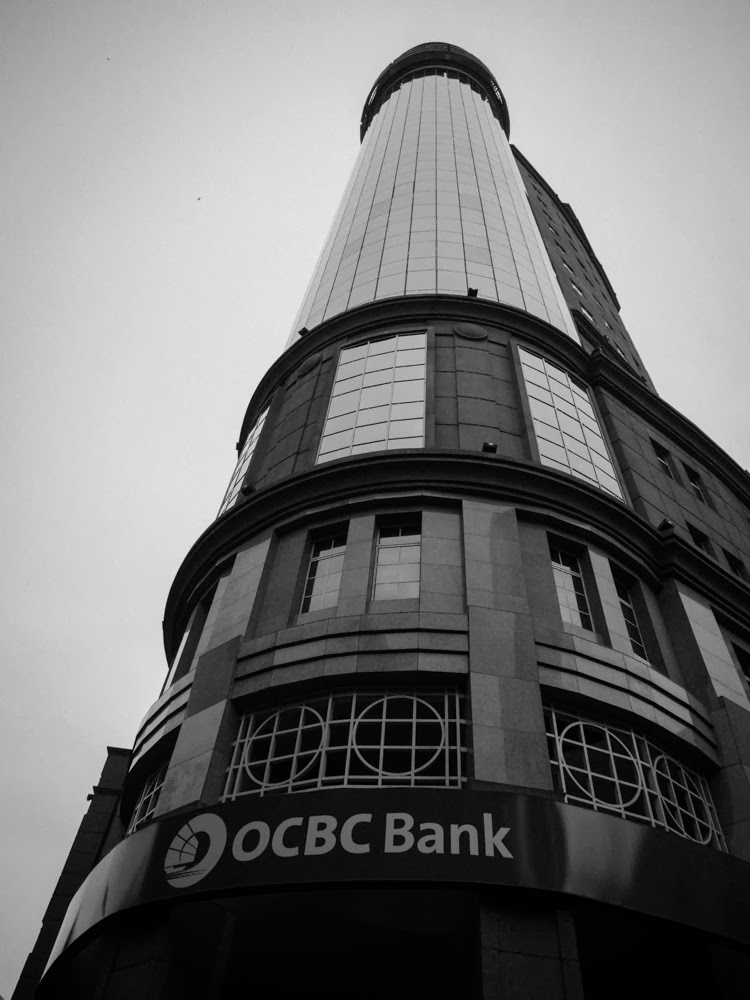 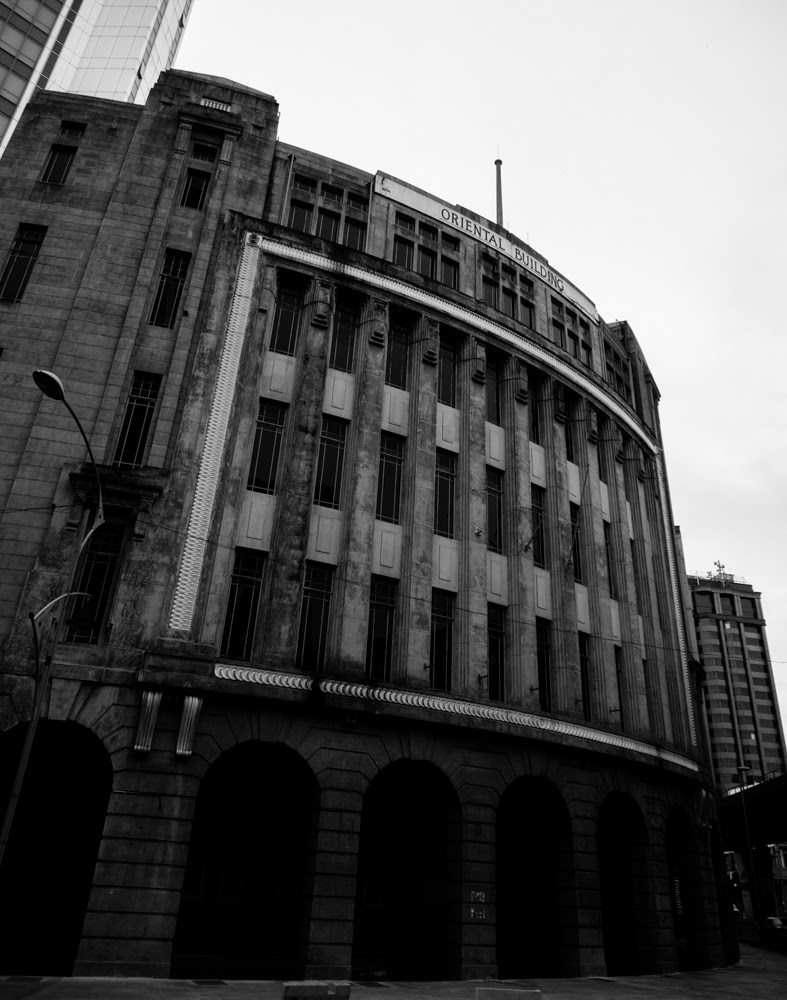 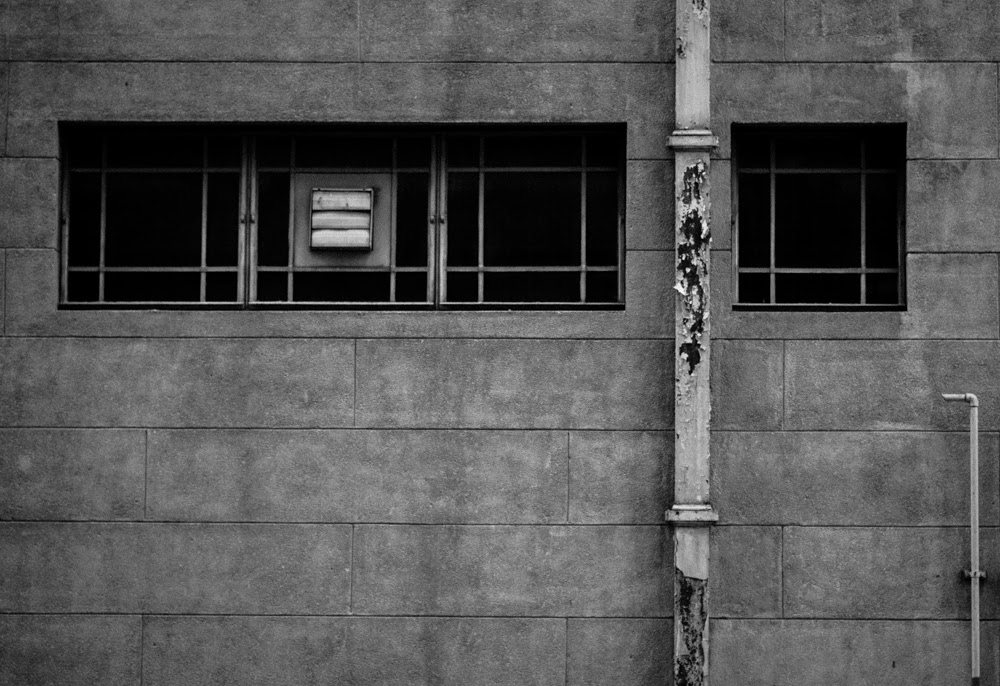 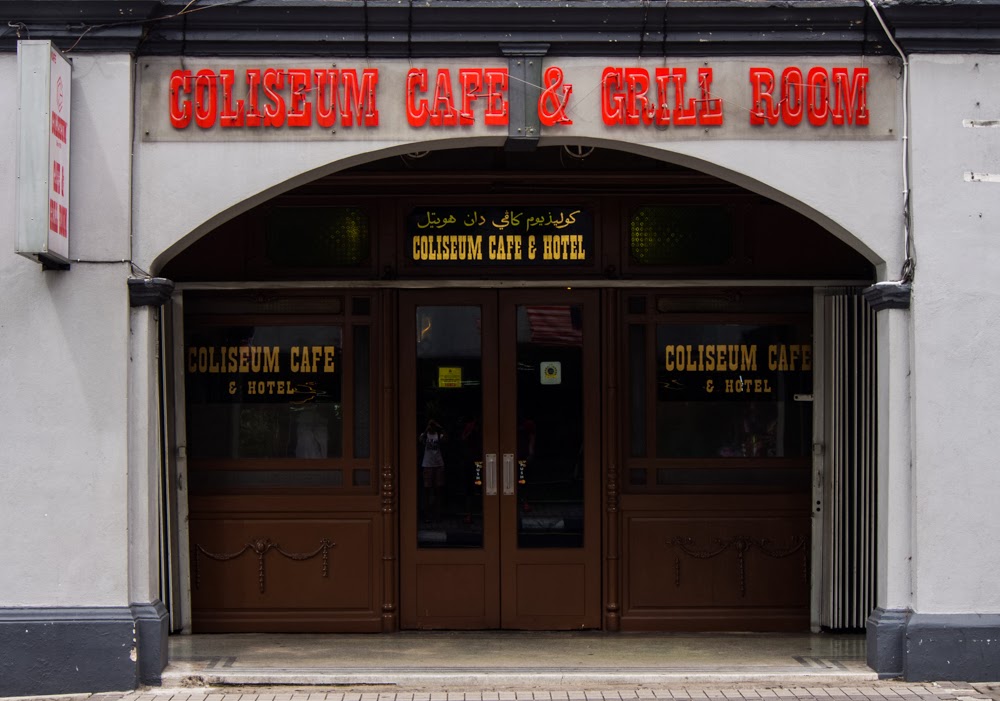 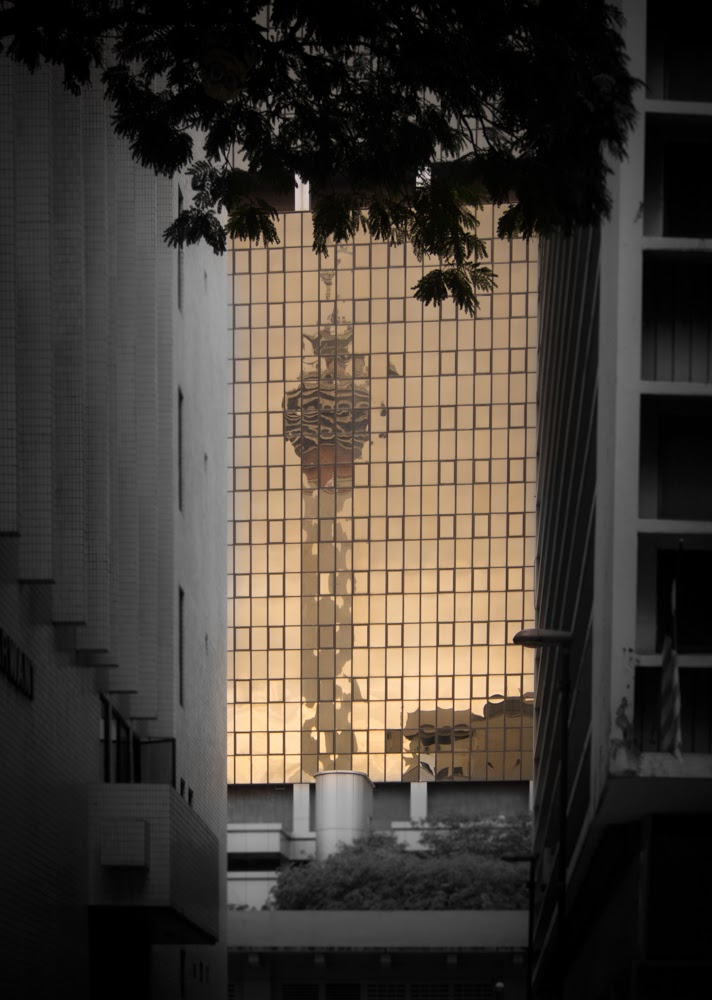 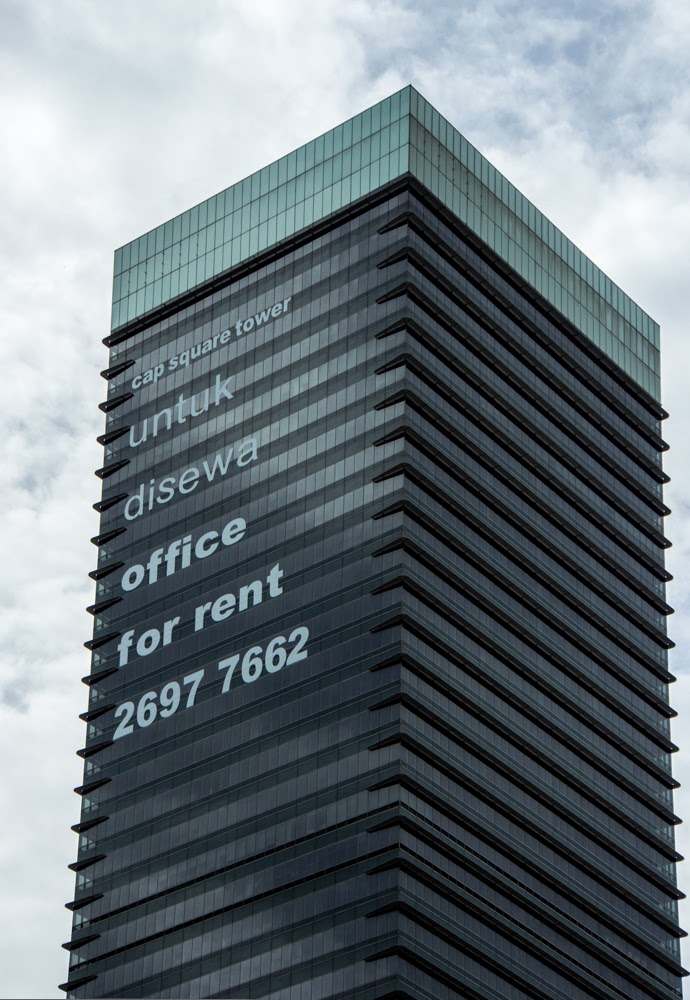 | For Rent |
This would be one of my first few attempts at shooting anything close to “architecture”. I know there is plenty of room for improvements in the pictures above, but I guess it is good to start off somewhere anywhere. If you managed to read till here, I’m so happy you made it all the way through all the other pictures because I saved the last few best pictures for last. These are my favourite ones among the lot and coincidentally there were all shot in the portrait upright mode. 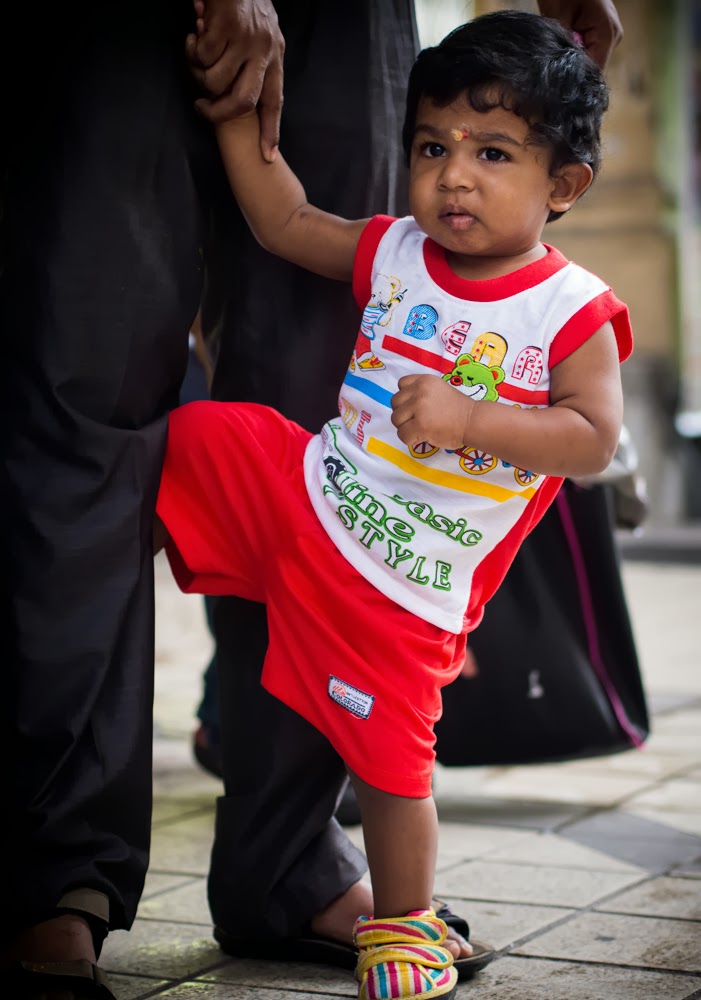 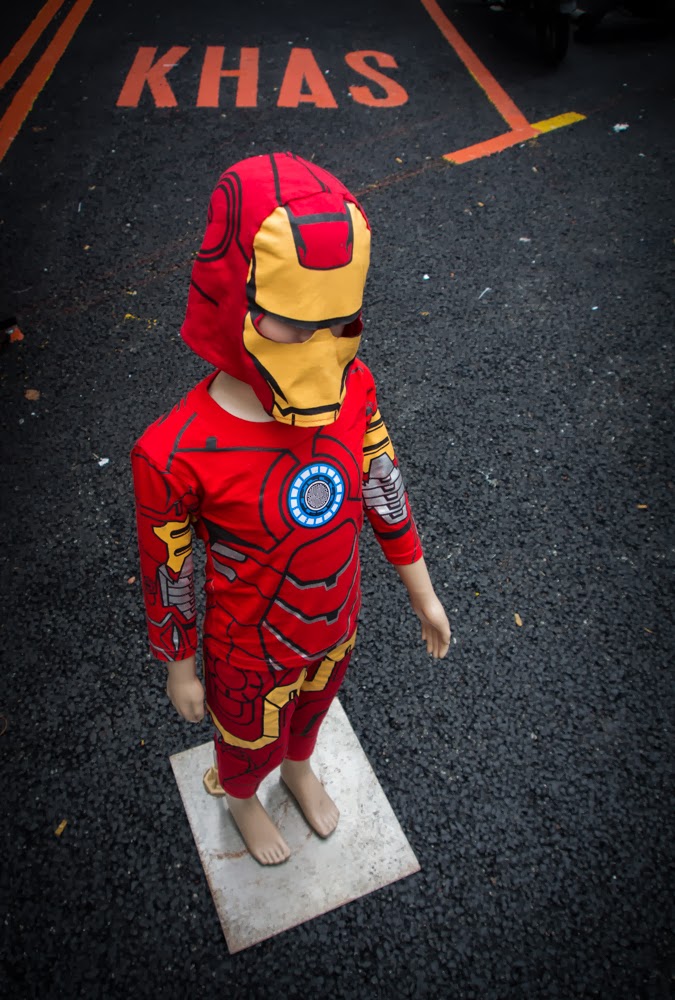 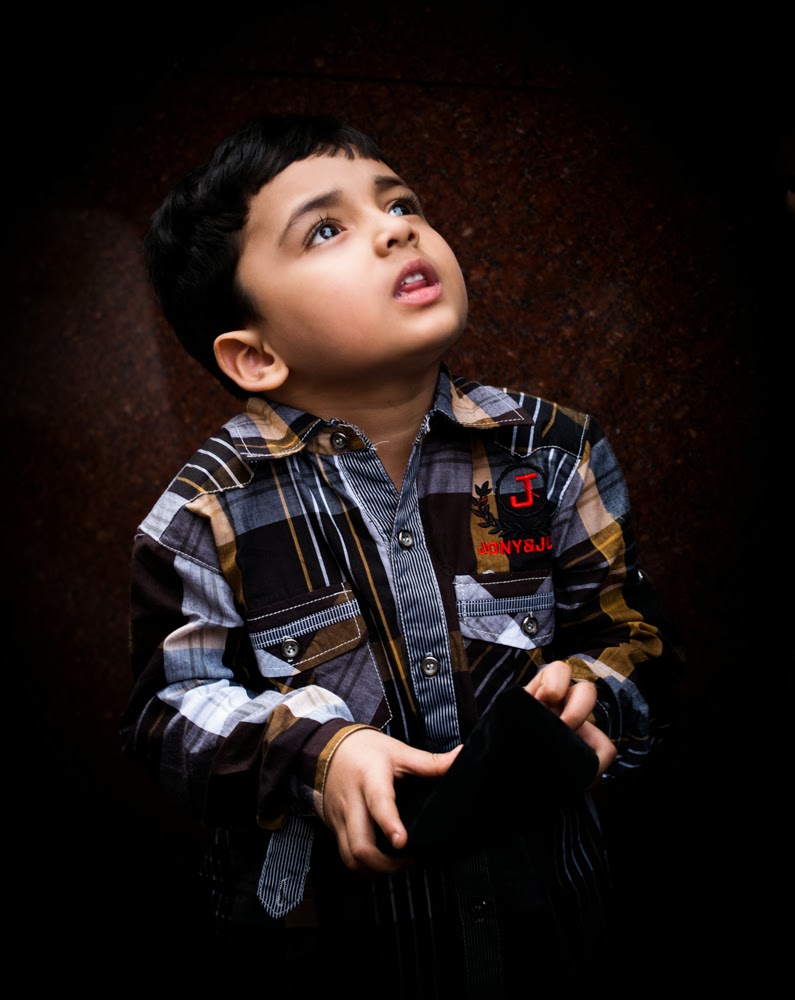 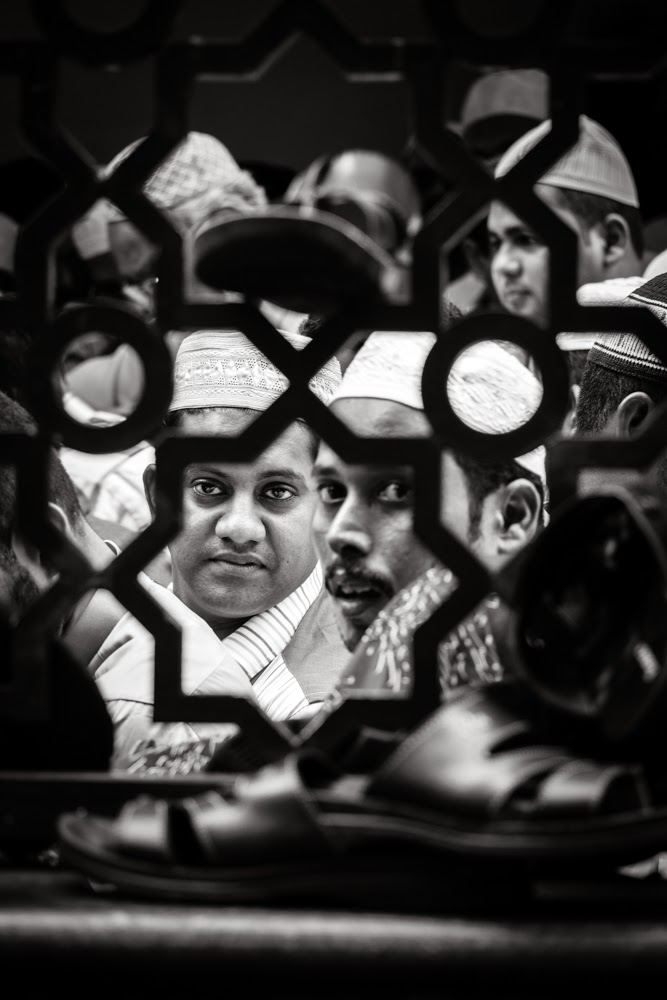 | Look me in the eyes. |
Can you guess which my favourites are? It’s the last two one, both of which have been pure luck to capture. This was especially so for the little boy, because after a while he got shy and his reactions to us were much more guarded. As for the last shot, I found it unique that they were so many slippers on the border of the mosque’s gate divider, and the Muslim men were walking towards to wall to retrieve the slippers. You can see a pair of the slippers pictured in the foreground.
These are basically my shortlisted shots from the short photowalk session, I do actually have a couple more from the session which I will probably publish in another separate post. I did actually wanted to post the pictures separately like one for portraits, another one for architecture and another one for quirky random street shots. But, I decided otherwise, because it’s so much more fun to see them in a roll. Then, you can roughly imagine how the walk was like for us, bumping and coming across these interesting subjects.
* * * * * * * * * *
All the pictures below are shot by Robin Wong, with his OMD-EM5 and the 45mm. 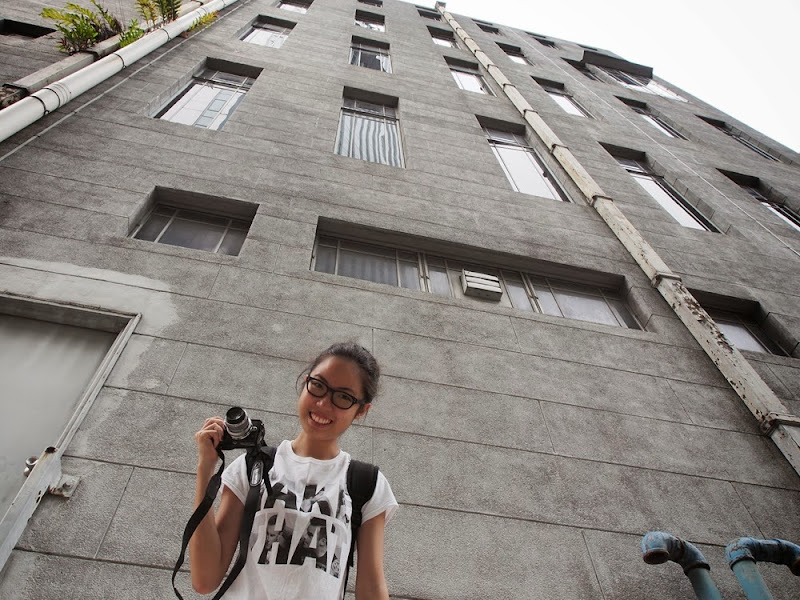 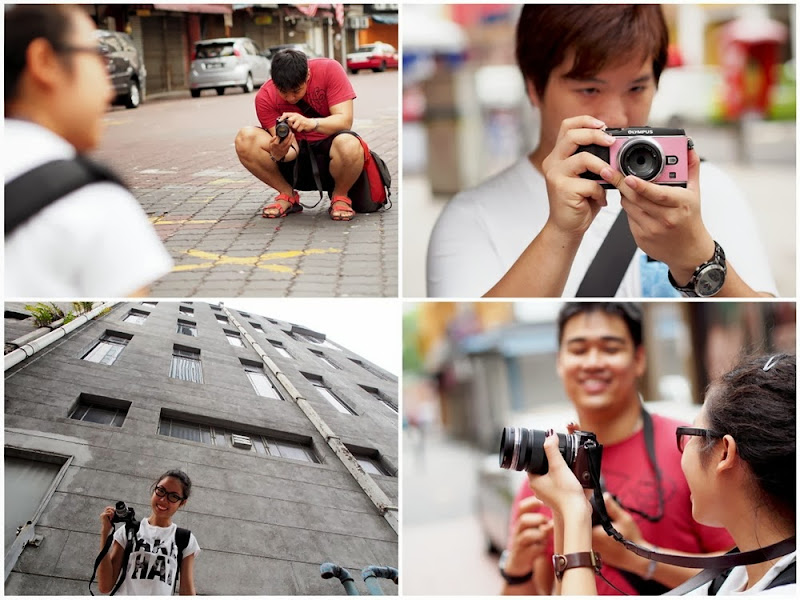 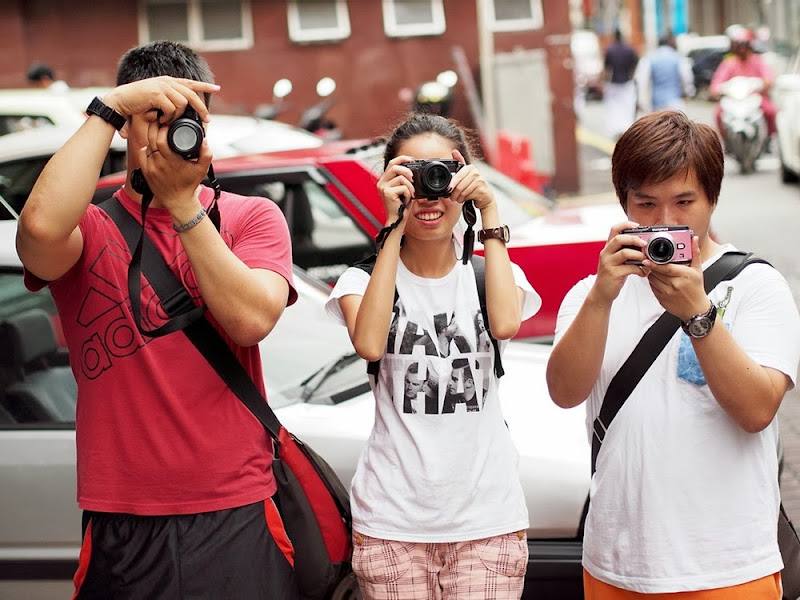 | Alex on my left and Jackie on my right. |
* * * * * * * * * *
It had been a really fun shoot, the best shutter therapy I have had in the longest time. It came at a much needed time because I was going through a phase of self-doubts about my photography and where I’m headed to with this. The best part of all, was what Robin shared with me about shooting on the streets.
“When you shoot on the streets, you have to learn to see. To see the beauty that caught your eye, and to then shoot it and show that to the world.”
* * * * * * * * * *
PS – Look out for my food post on Yut Kee restaurant where we had lunch there after the shoot and a couple of other pictures I have yet to publish. Alternatively, you can follow me on @itscarmenhong, where I would publish my pictures there too.
Share

Snaps: Deepavali, the festival of…

Snaps: Deepavali, the festival of lights.