If you read my earlier review on the NIVEA In-Shower Skin Conditioner way back in February this year, then I’ll let you know that this is an updated post on that review. Back then, I reviewed the product when it was firstly launched into the market and now months later, they now have three different variant instead of just two last time. The newest variant is Whitening, something most women would find to be useful to have a whitening in-shower body lotion. 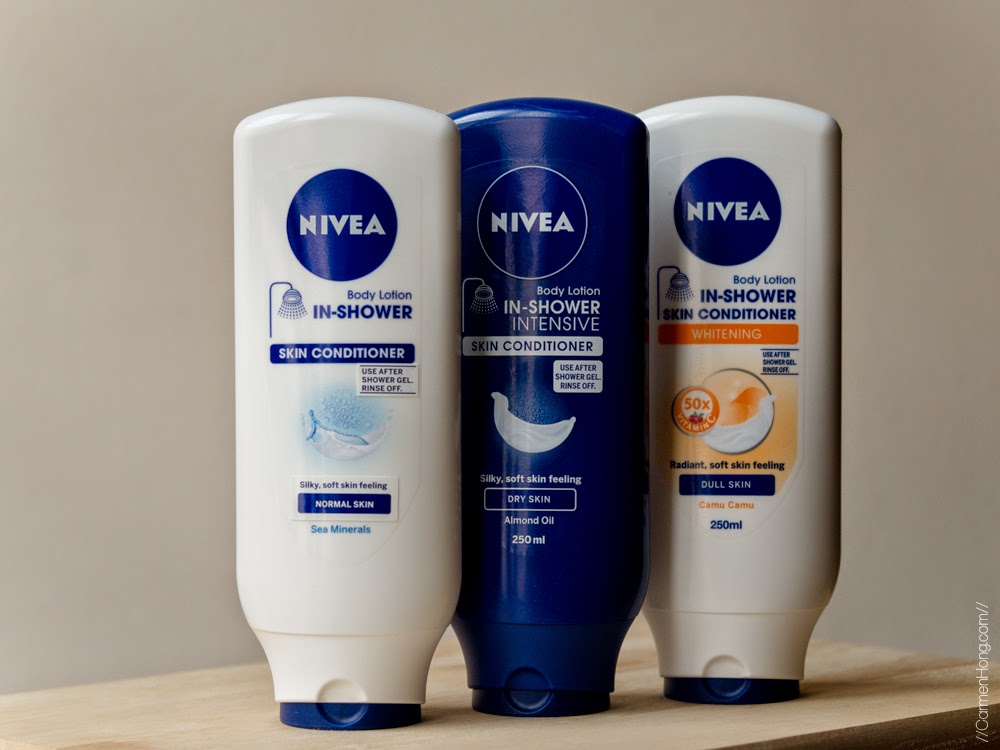 This time around, I have all the three variant of the NIVEA In-Shower Skin Conditioners to review. Although I do expect that all three body lotions would not have much difference in terms of their texture and effectiveness, besides their own key ingredients like more hydration, intensive moisture and whitening. 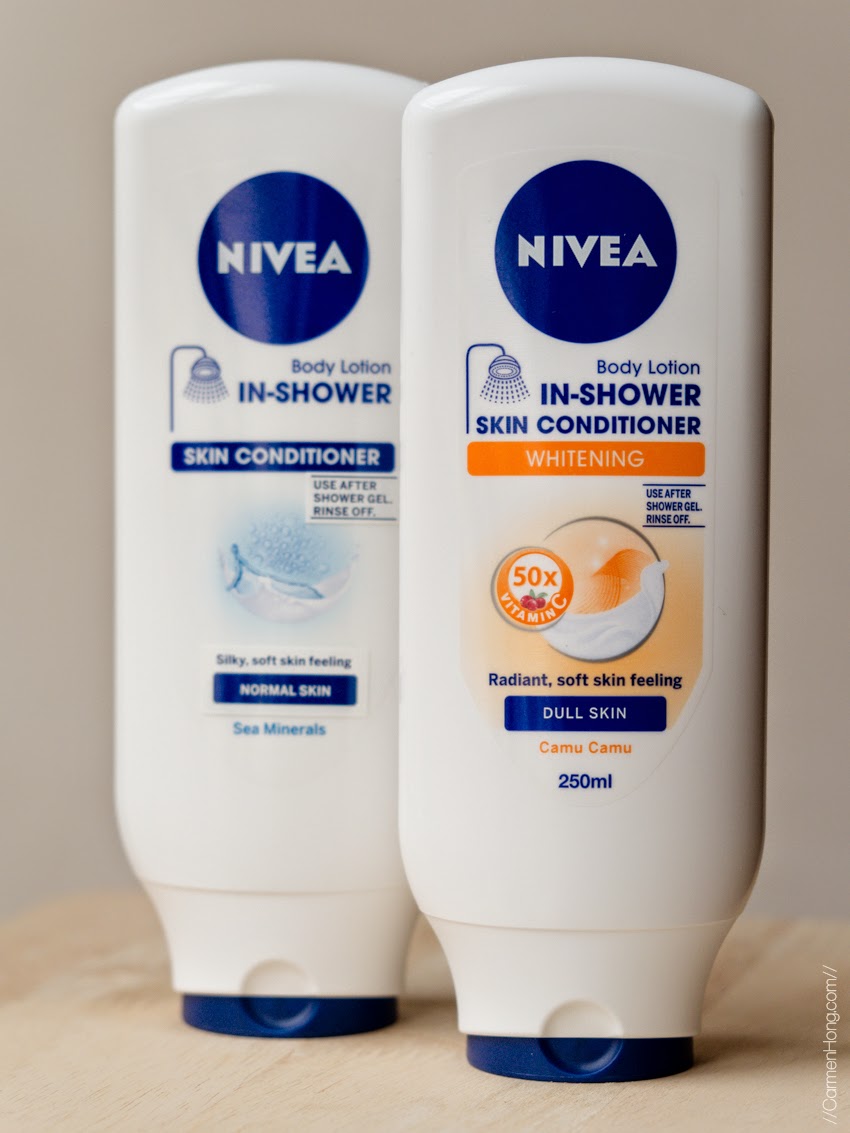 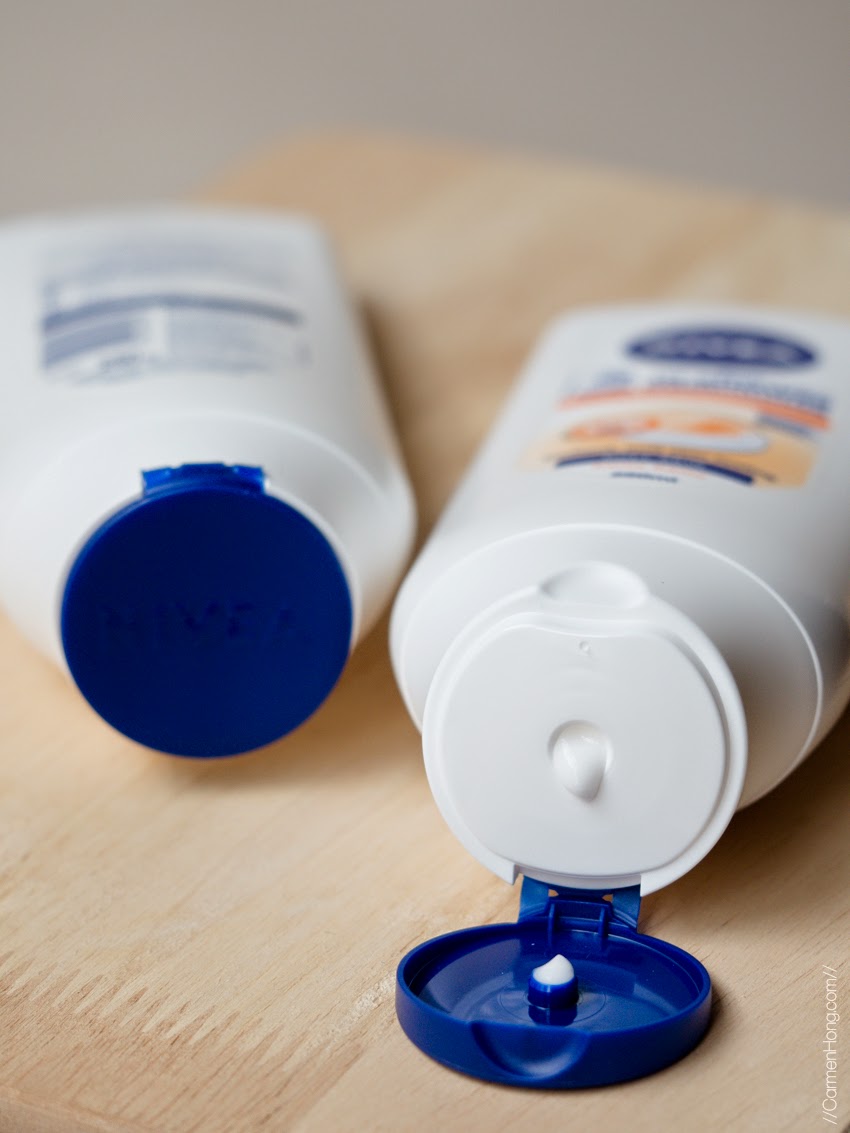 I found the one for normal skin to have a rather neutral smell, whereas the dull skin one has a stronger fruity smell. The dull skin version does have Vitamin C extract which would explains the sweeter smell. 🙂 In terms of the products, it is the same as I have reviewed the last time. I explained how to use this product in the previous post, but I’ll attach this step-by-step visual anyway as a guide. 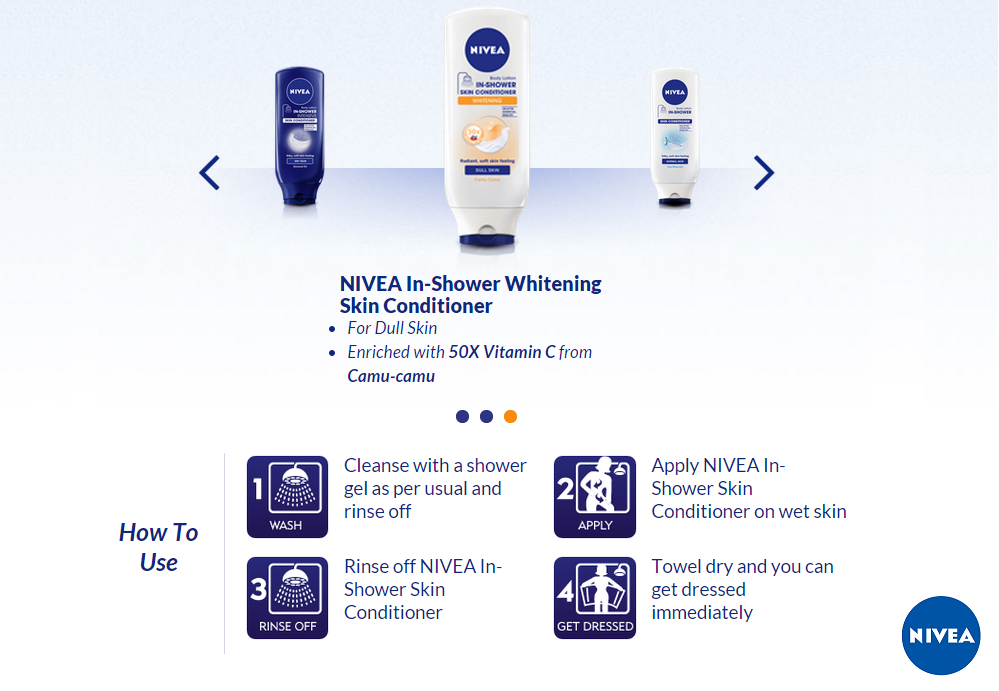 So, I’m sure you have some questions regarding the product after reading what I have wrote. I know I had some questions, because back then, I didn’t understand how it works. I mean, how is it that I just apply the lotion in my shower only to wash it away? I learnt that the answer is pretty simple. When the skin is wet, pores open up and it is pretty much the best time for skin to absorb nourishment easily. The NIVEA In-Shower Skin Conditioner is actually activated by water to fully moisturize and repair dry skin. What it does then is that it leaves a nourishing film on the skin surface without a sticky feeling. 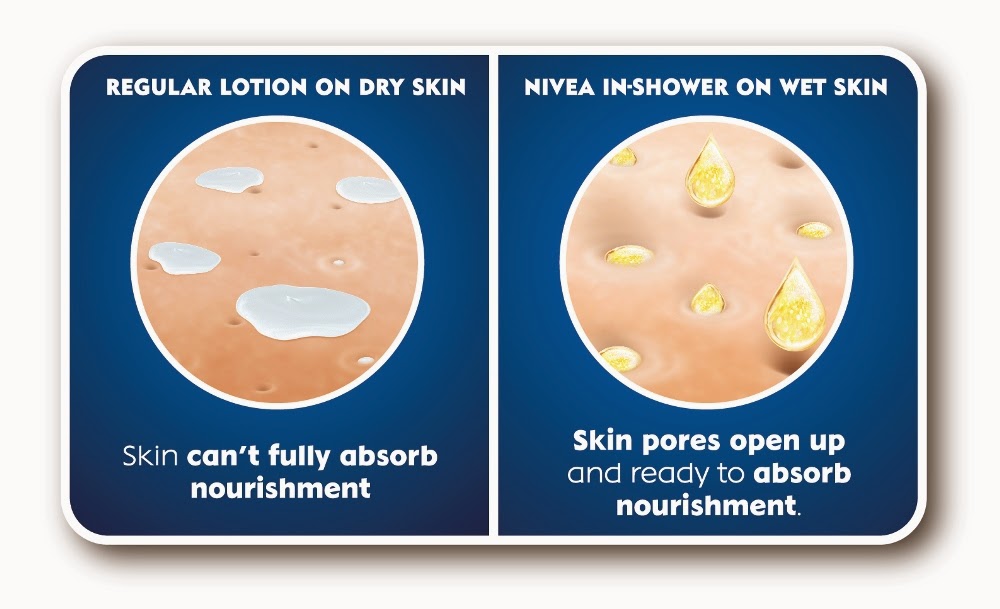 Like the illustration above, the NIVEA In-Shower Skin Conditioner formula pretty much works with wet skin only and is designed to be rinsed off after application to achieve the silky soft skin feeling which does leave my skin feeling so. And I dare say that it left my skin hydrated throughout the day until I took my next shower. That’s how awesome it is. What I do in the shower with the product is that I’ll rinse off the product and I will pat my skin dry then. That’s it! 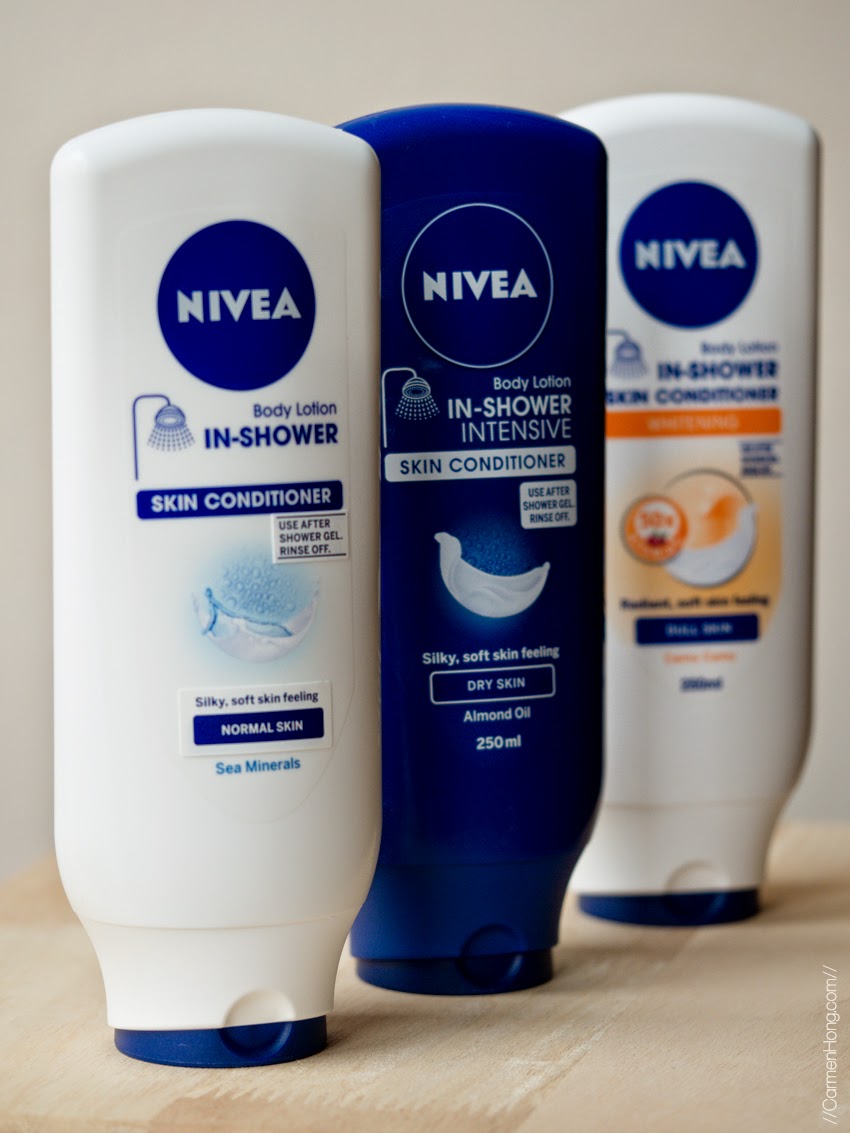 And that’s basically it! I have been using the product for months now and I have to say, I’ve been loving it so much. It really saves me the hassle from having to apply body lotion after I have showered, which is annoying to me because I’d be fully clothed then and I would end up applying certain parts on my body. Sometimes, I skip that all together. That is why I love the NIVEA In-Shower Skin Conditioner because I can do it all in the shower, in less than 60 seconds.
If you’re love it as much as I do, you should share it with your friends and family here; NIVEA I Love In-Shower on Facebook so that they would know about the products as well and to say goodbye to the conventional way of applying lotion!
And if you haven’t tried the product before, fret no more as you can also request for a sample on the NIVEA I Love In-Shower page on Facebook. Then you can have a try before you buy the products. If you do plan to get the products, they are RM 16.90 (250ml) and RM 22.90 (400ml) for the NIVEA In-Shower Skin Conditioner (including the Intensive one). As for the Whitening one, it is RM 18.90 (250ml) and RM 24.90 (400ml).
I’ll end this post with a video about what the likes of Erin Malek, Nadia Heng and Emily Quak has to say about the NIVEA In-Shower Skin Conditioner! Do share with me what you thought of the product if you tried it before. If you haven’t, there is never a better time than now.
NIVEA In-Shower Skin Conditioner
Till next time,
xoxo
Share