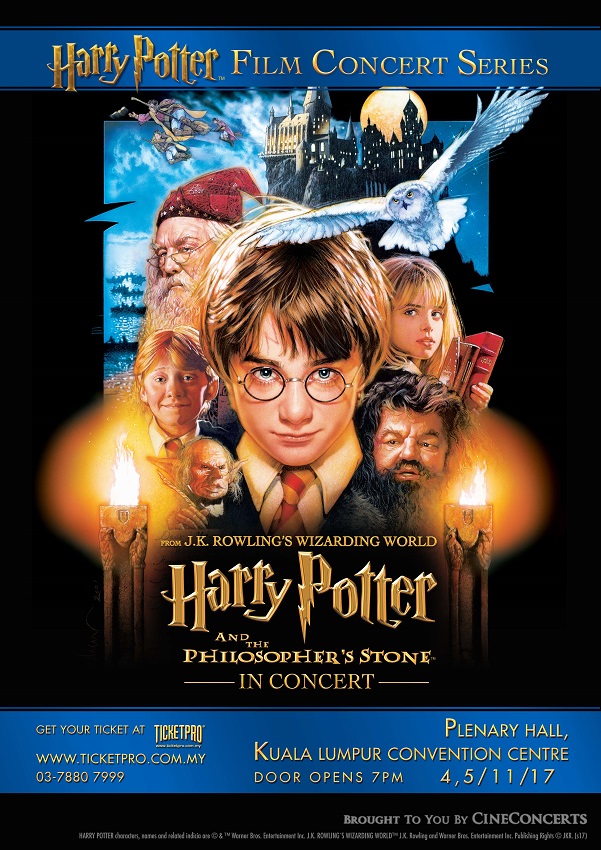 So, I received some news from sources who told me that there will be a Harry Potter and the Philosopher’s Stone in Concert performance this weekend. The original film was released 16 years ago in 2001, which remained one of the most memorable movies I ever watched as I was growing up. It is after all the first movie of the Harry Potter series.
And now, right here in Kuala Lumpur will be the live concert version where a symphony orchestra performing on stage with the Harry Potter film playing in high-definition on a 40-foot screen. What an amazing experience it would be to be able to hear the orchestra perform every unforgettable score live to picture. 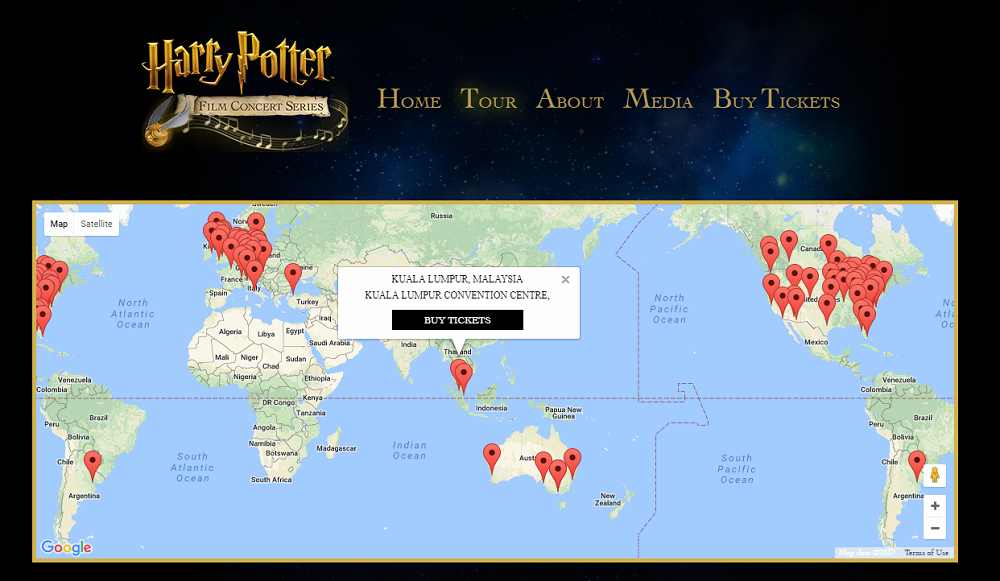 The concert was originally scheduled to take place on the 15th & 16th of July 2017, will now be held on the 4th & 5th November 2017 at Plenary Hall, Kuala Lumpur Convention Centre with the National Symphony Orchestra performing. If you haven’t yet bought your tickets, you can get them from TicketPro and online at http://www.ticketpro.com.my . Should you need to get in touch, the hotline number is +603 78807999.
The Harry Potter and the Philosopher’s Stone in Concert is brought to you by CineConcerts, one of the leading producers of live music experiences performed with visual media. Justin Freer, the producer and conductor  is one of the most sought-after conductors of film music with a long list of full symphonic live to projection projects. He has appeared with some of the world’s leading orchestras including the Chicago Symphony Orchestra, London Philharmonic Orchestra, New York Philharmonic, Philadelphia Orchestra, Philharmonia Orchestra, San Francisco Symphony and Sydney Symphony Orchestra. For more information on the Harry Potter Film Concert Series, please visit www.harrypotterinconcert.com.
Share

Out & About: Malaysia, Are you Ready for UberEAts?