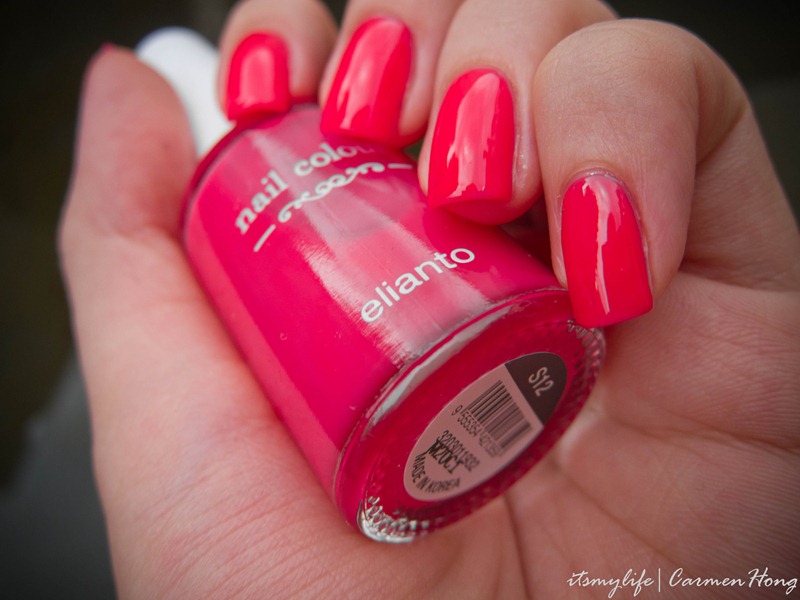 Like I mentioned in the previous Swatch post; the black polish from The Face Shop, I rarely shop for new polishes at shops like Elianto, The Face Shop or even Etude House which used to be my favourite places to get new stash. For Elianto, the main reason why I didn’t like their polishes previously was because I really didn’t like formulation. Of course I am not comparing them with OPI, seeing that it is a different league all together. But even for the RM5 price tag, I would expect at least a decent polish, non-streaky and thinner formulation. I used to get tonnes of air bubbles whenever I apply the Elianto polishes. I knew, Elianto released new polishes, about sometime ago and they also increased their price by 50 cents, if I’m not mistaken. I still didn’t have the confidence to buy their range, but luckily my sister’s friend have gifted her with this Neon Pink polish from Elianto recently. I couldn’t resist swatching it, since it was sitting nicely and tempting me to. Previously, Elianto named their polishes but they now go by codes only, and the packaging is still similar with the previous one. 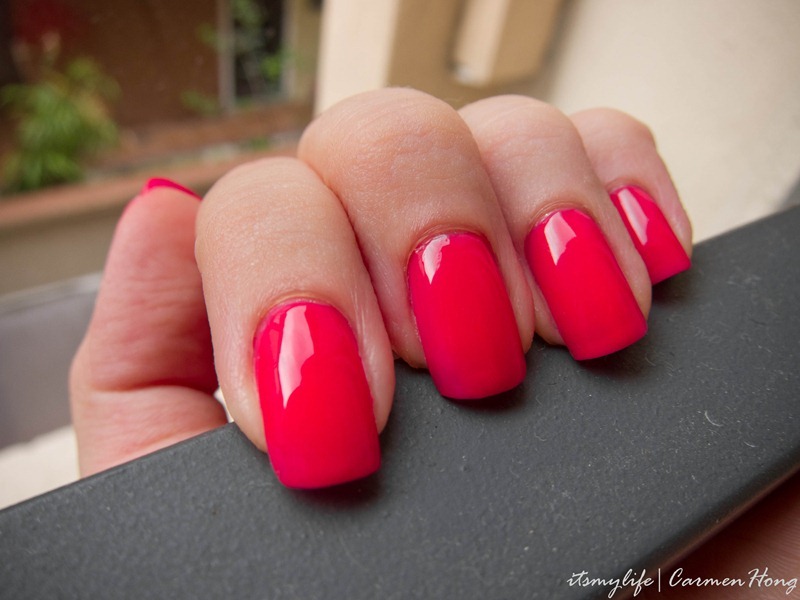 Review: Compared to the previous formulation, it seemed to have improved a lot. It’s now so much easier to apply and the product is less thicker, enabling thinner coats to be applied. But fear not, it’s not too sheer and I have three coats on. As you can see, it still gives a pretty even coverage. The brush is also big in size so it’s very easy to apply and maneuverer it around. It also doesn’t have an overwhelming smell, which was still acceptable to me. Overall, I love this polish and the colour is amazing too. 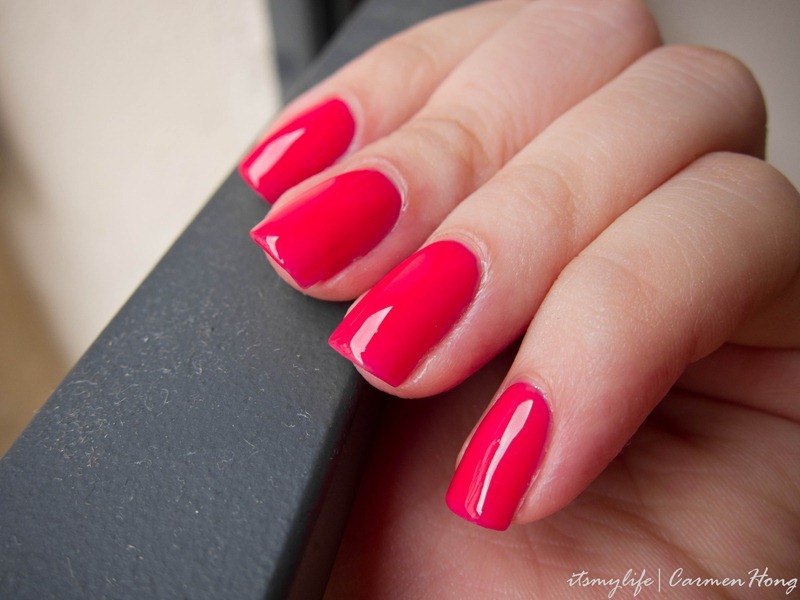 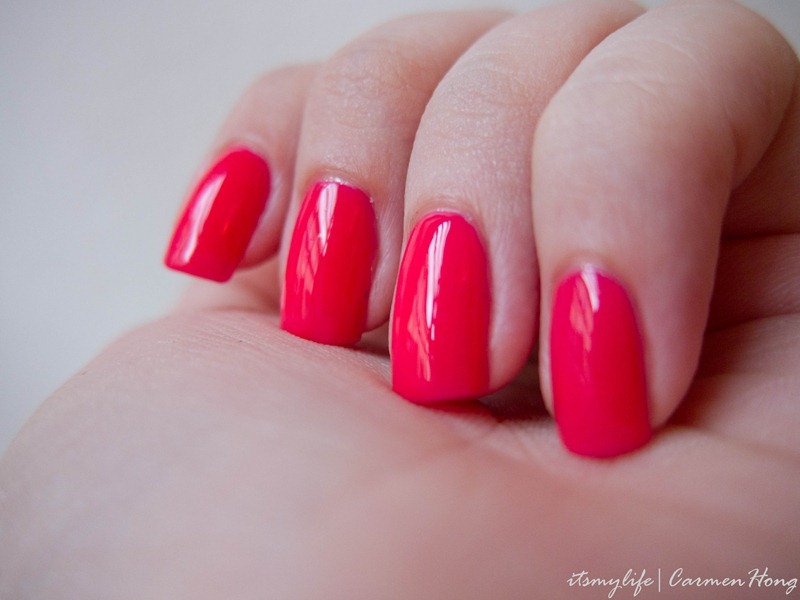 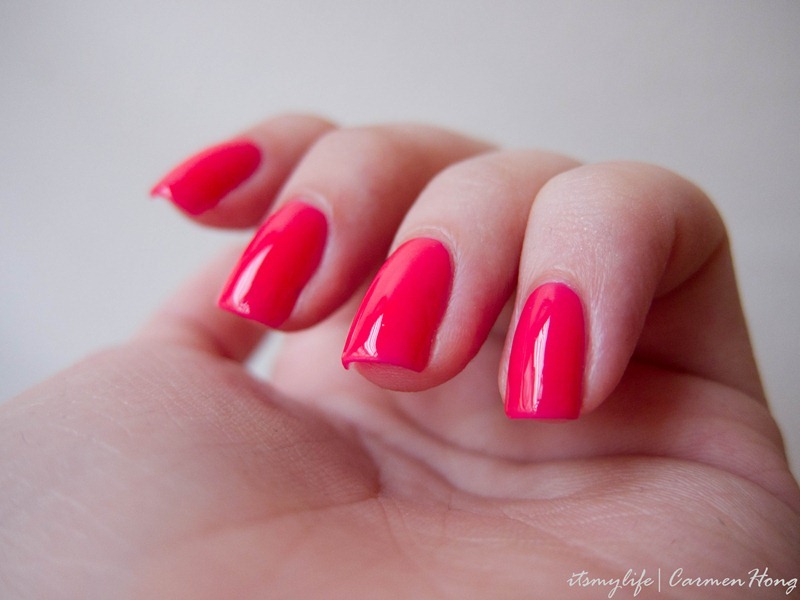 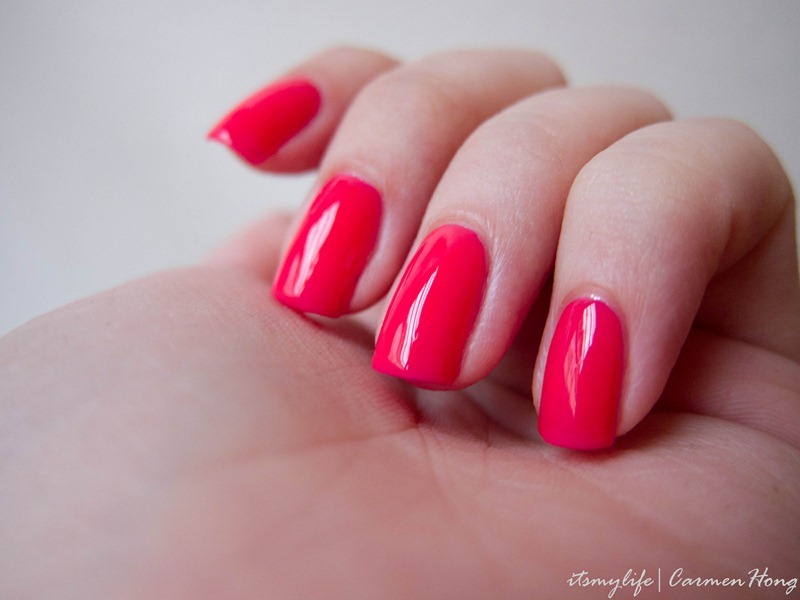