About a few months back, I was going nuts trying to find the right shade of mint green polish. I have fallen in love with the colour, especially after seeing the colours on lookbook.nu. But somehow back then, the mint green colour trend hasn’t hit off here in Malaysia yet, and so, none of the usual nail polish brand carried this colour. 🙁 Then, one day while I was at Watsons, I went over to the Essence shelves (This is the only way to get Essence products after the Coci Coci shops in Mid Valley and Lot 10 closed down). The products left for sale was almost miserable, Watsons rarely stock up on Essence’s products. 🙁 But here I saw a polish which was named as King of Mints. 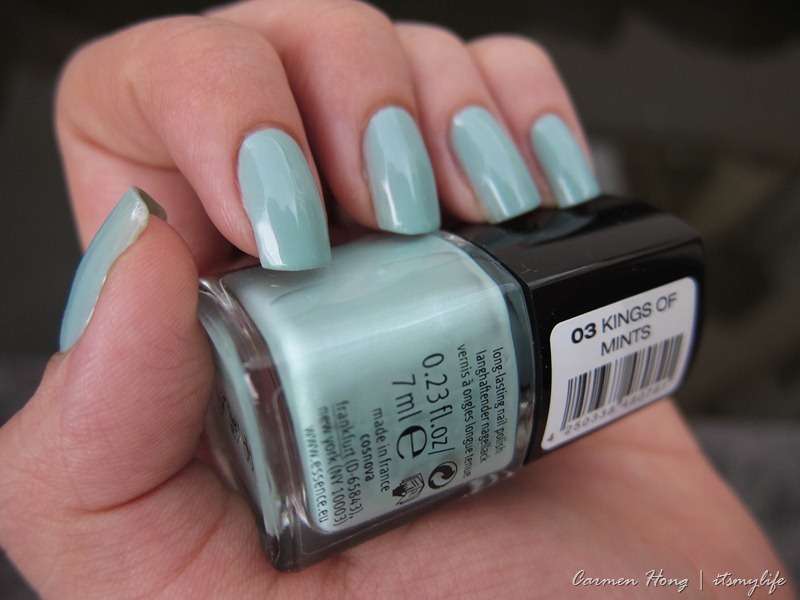 And in that moment, I thought I found treasure, literally. Haha, even though the colour wasn’t too promising from the bottle I still got it because it was named King of Mints and I, Carmen Hong has been looking for a mint polish since forever. There was only two bottles left and I knew I didn’t get it now, I wouldn’t ever be able to. So, I thought why not give it a try, it was only RM8.90 after all. 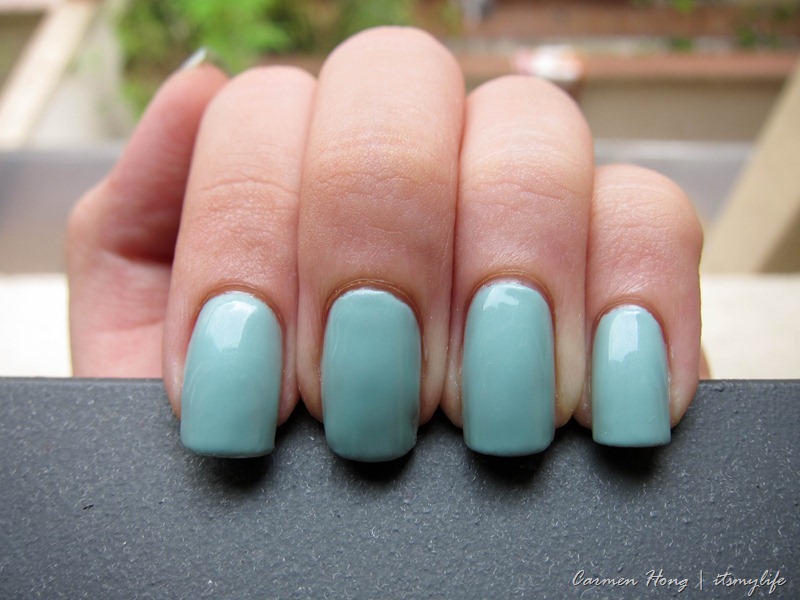 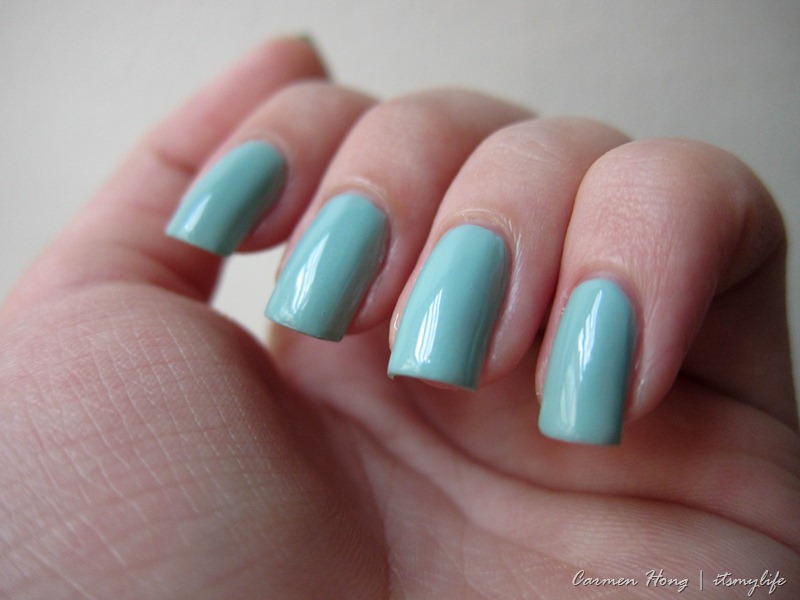 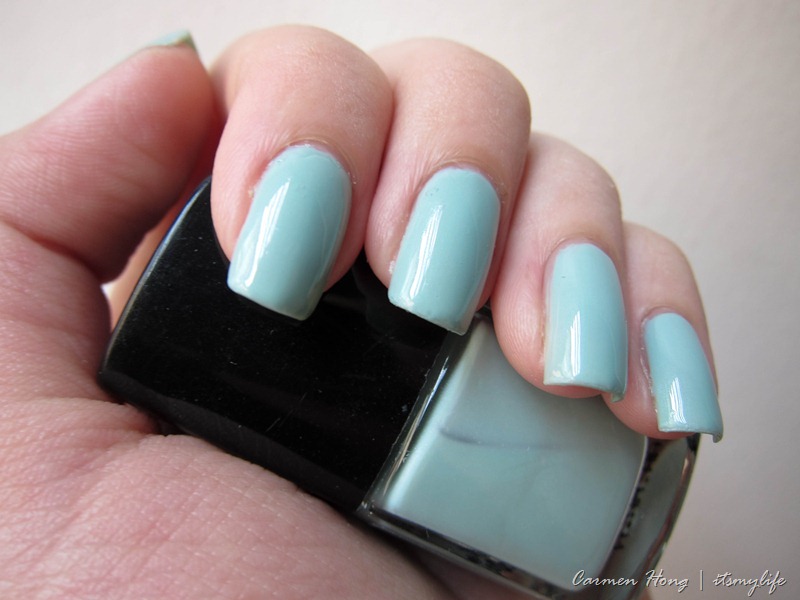 The colour was, frankly disappointing and isn’t anywhere close to being a minty green polish. It is a very dull colour, but it was actually a rather unique polish actually because it had a glazed effect after applying it. This effect is not obvious under normal lightning conditions, but once in the sunlight, you could see that little glazed sparkle. 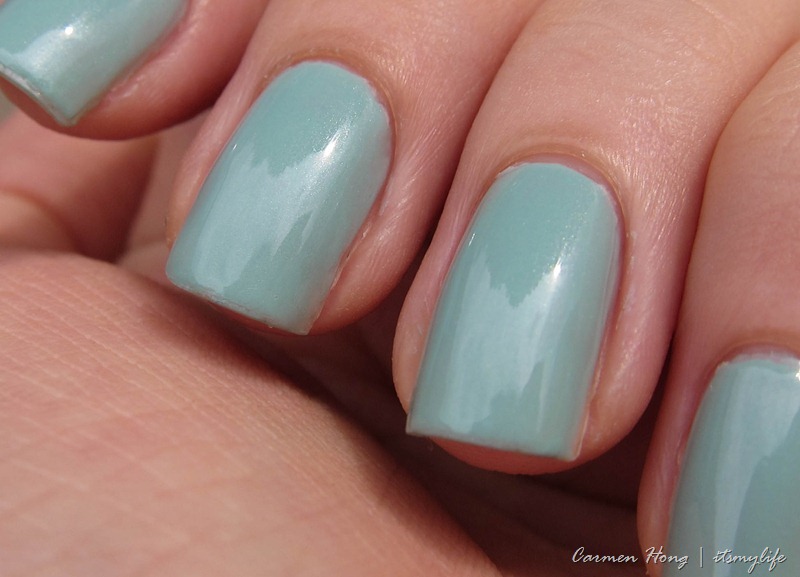 I have always been amazed by polishes from Essence but for Kings of Mints, I am afraid I can’t say the same. Putting the colour aside, the brush itself is different from the usual polishes. This is probably because King of Mints is from a limited edition collection called Rock You, released way back in 2011. (See how slow Malaysia is? =.=’) 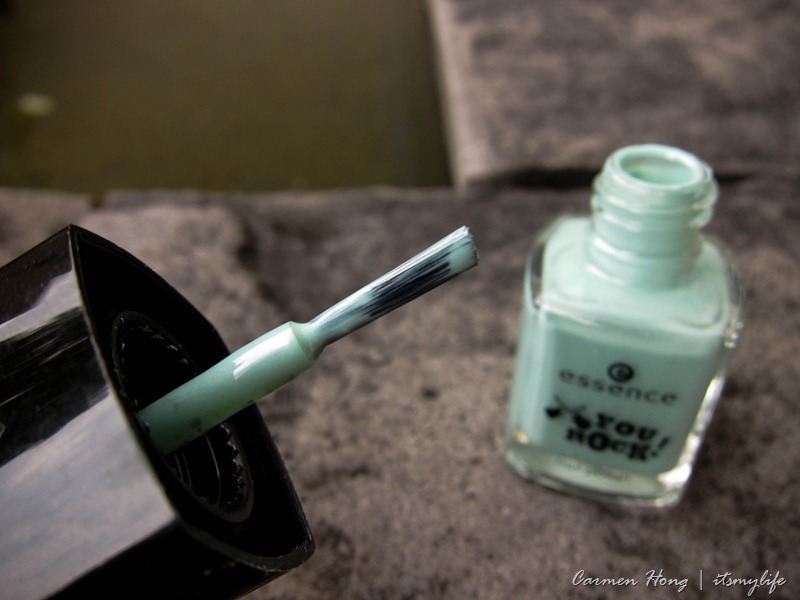 As you can see the design of the bottle is square-ish which is strikingly similar to Butter London’s design of bottles. I quite like a square bottle which is a nice change from the usual designs. But what I really hated was that Essence made the brush for this polish so ridiculously microscopically small. It was so difficult to apply the polish with such small and short brush. The second time I applied this, I learnt that to apply this polish smoother, you’ll have to take up more product to apply it evenly. 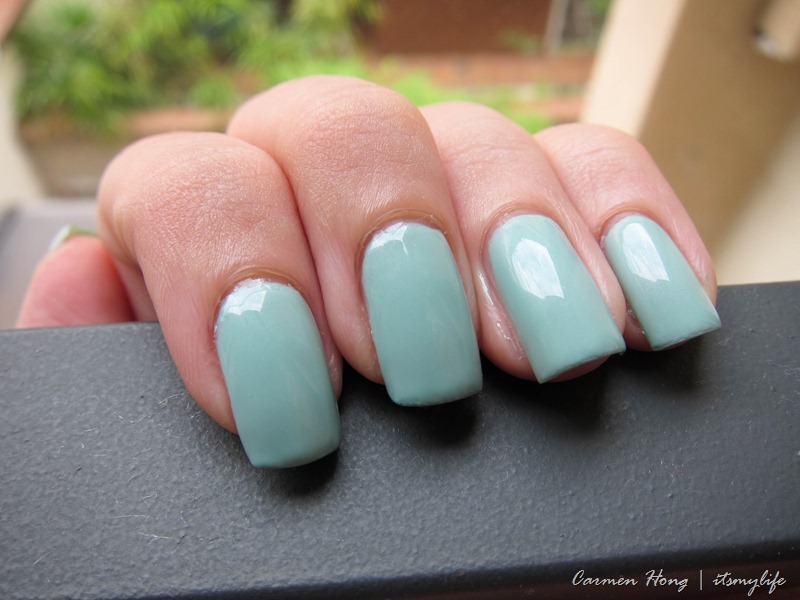 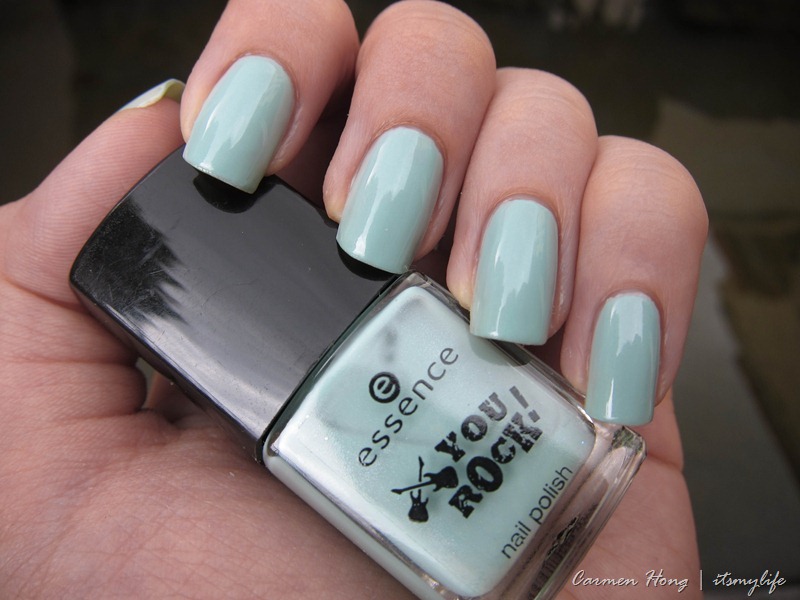 Overall, I don’t really like this polish as much as I liked the name, which was disappointing really. But nevertheless, I’ll still get more Essence polish when I can, because I know the brand has been usually consistent with its other polishes.