Travel : An Adventure to The Mystical Hidden Lake in Ipoh 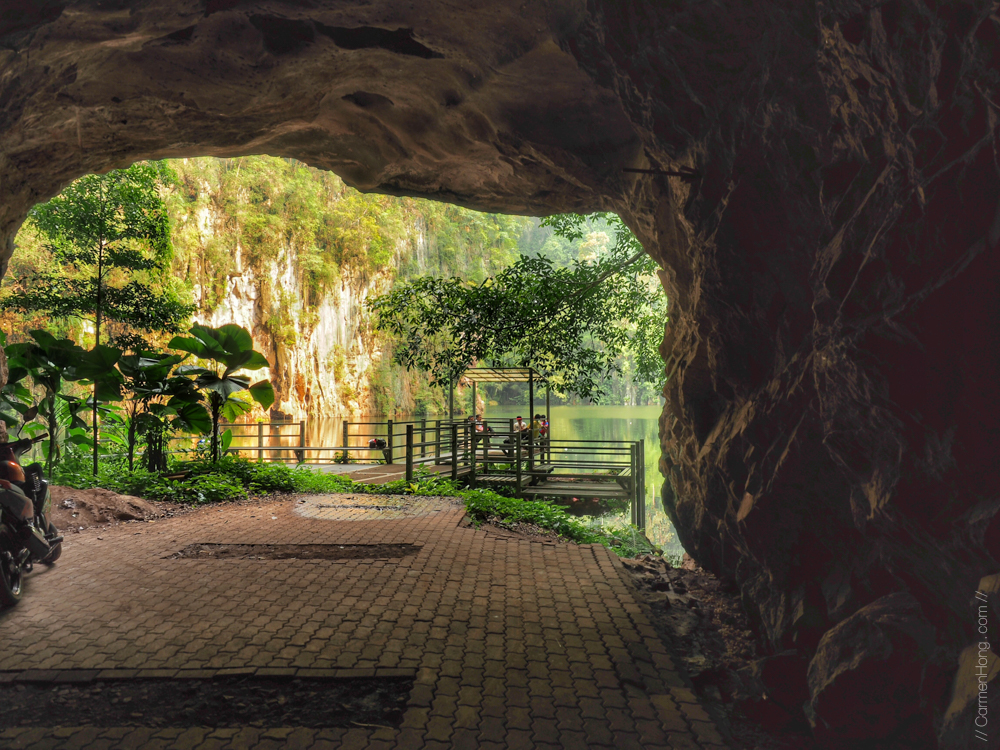 I always believed that the reason why the world holds so many wonders, was because we were meant to explore and marvel at their beauty. And, contrary to many beliefs, you don’t need to travel far to discover these wonders. Dear Malaysians, you’ll be surprised to know that we have quite a few of these in our homeground. Let me share with you my travel adventure to the mystical hidden lake in Ipoh, which famously known as Tasik Cermin.

It was years ago when I first found out of this Tasik Cermin (it translates to mirror lake in English), when I stumbled upon a picture of it on Instagram. It looked absolutely stunning, and true to its name, the lake has a mirror reflection! That’s when I decided that I needed to see this marvel with my very own eyes. Especially since it was located just in Ipoh town!
So, off we made our way to the place using guidance and directions from Google Maps and Waze. Unfortunately when Waze annouced our arrival at the location, our excitement was deflated. It pointed us to some roads, which basically was a dead end. With no further clue or idea, we almost gave up but then I remember we passed through a temple on the way in. The temple is called Tokong Da Seng Ngan, and we drove over there to ask for some directions. 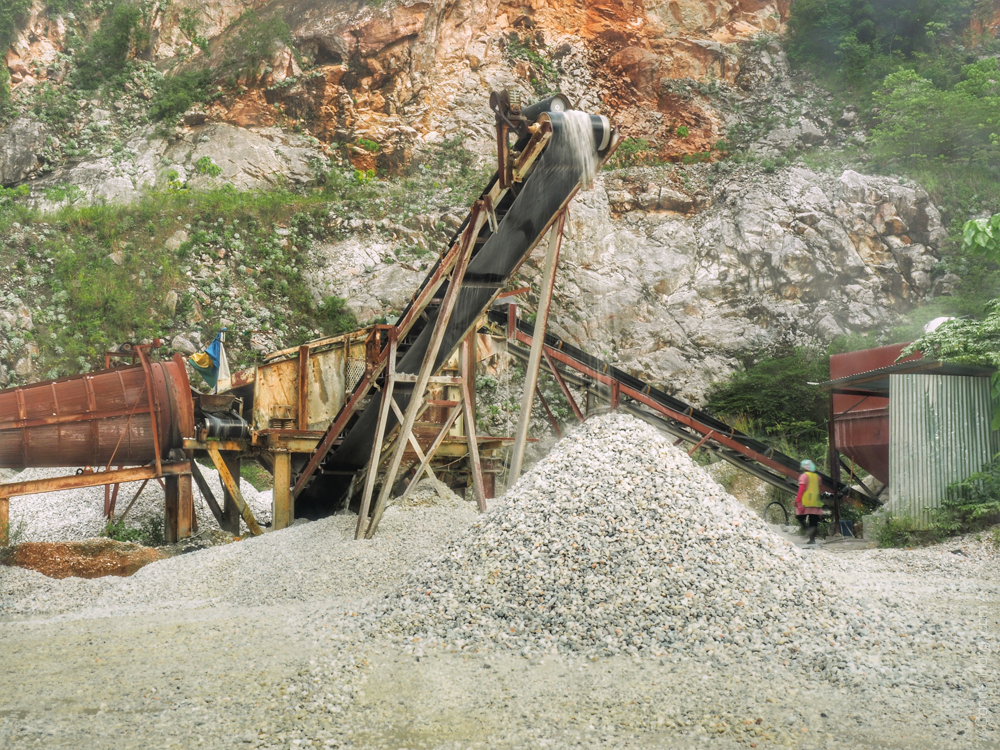 What we found out was that, we were actually on the right path but we actually needed to drive up a slope, which has a sign that says “Private property, no trespassing”. We hesitated, because it’s explicitly written not to tresspass but we took a chance anyway, and drove right up. The sight that greeted us then, caught us by surprise as we found ourselves in the middle of a quarry. It was dusty and vast, there was little indication of any lake in sight at all. 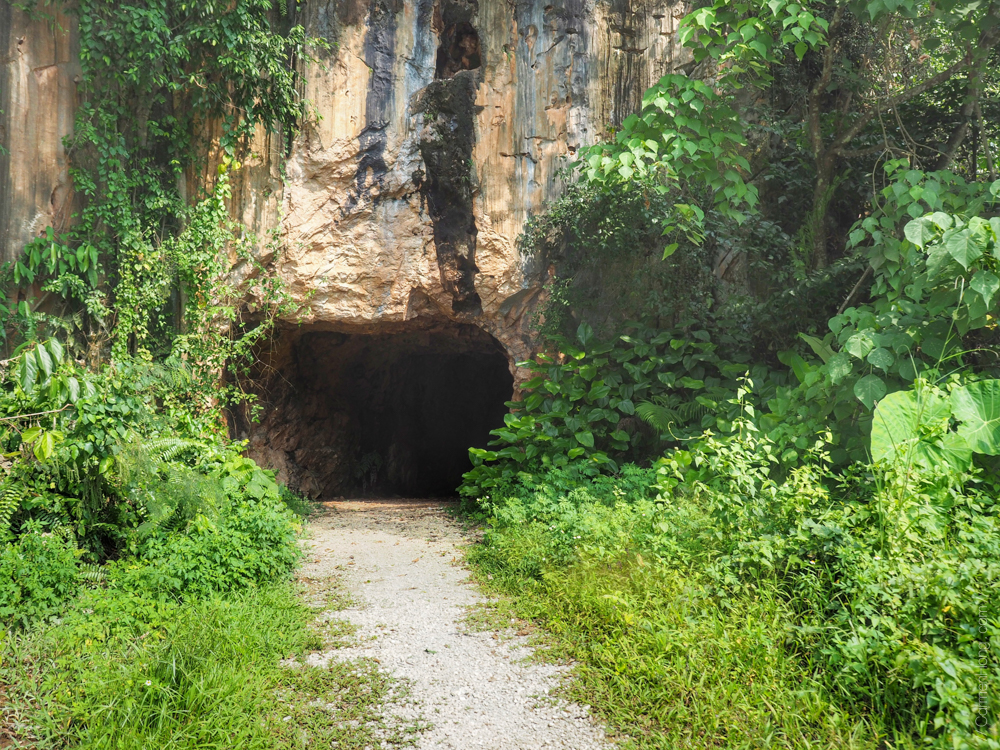 Once again, we were caught in a fix of turning our car away for risk of getting caught by the quarry workers for illegally entering their premises. But as we observed our surroundings, we saw a tiny opening amongst the limestones and there were cars and motorbikes parked there. It was there and then, that we trusted our gut feeling and checked it out. As it turns out, we have reached a tunnel and there was light at the end of it. 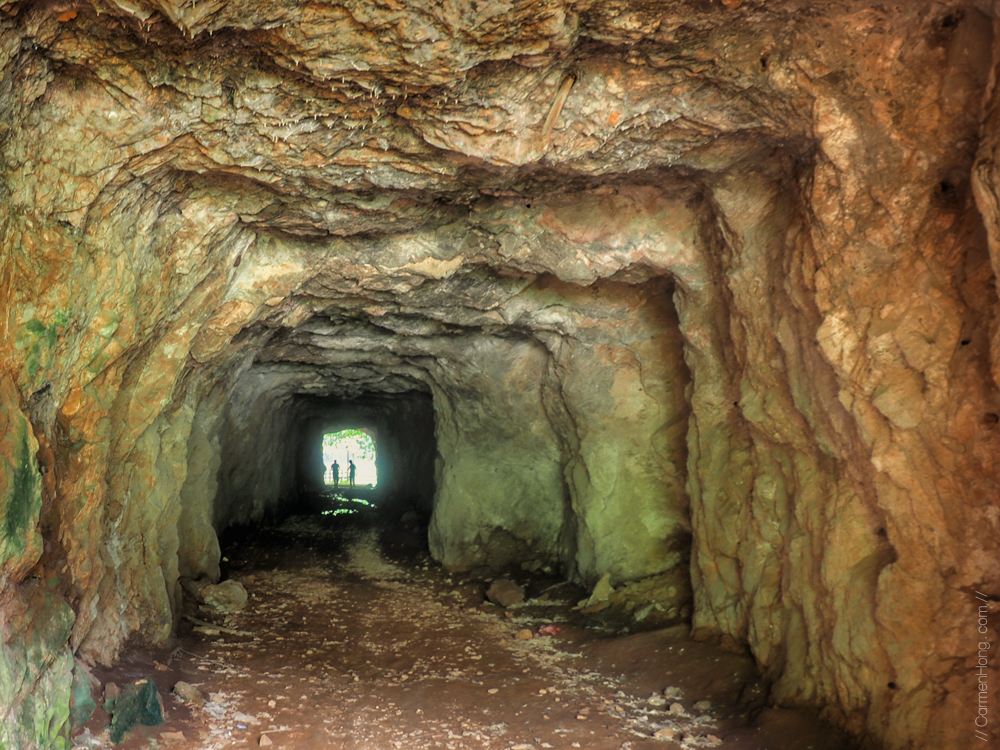 We contemplated walking down the tunnel, because after all we didn’t know what was on the other side. But we came this far and I could not not know what was on the other side. The tunnel itself was probably about 200m or so and it was not a pitch black tunnel, but every step taken closer to the light was filled with suspense. Nothing had quite prepared us for the mesmering wonder that awaits us. The lake appeared as if by magic as we exited the tunnel. 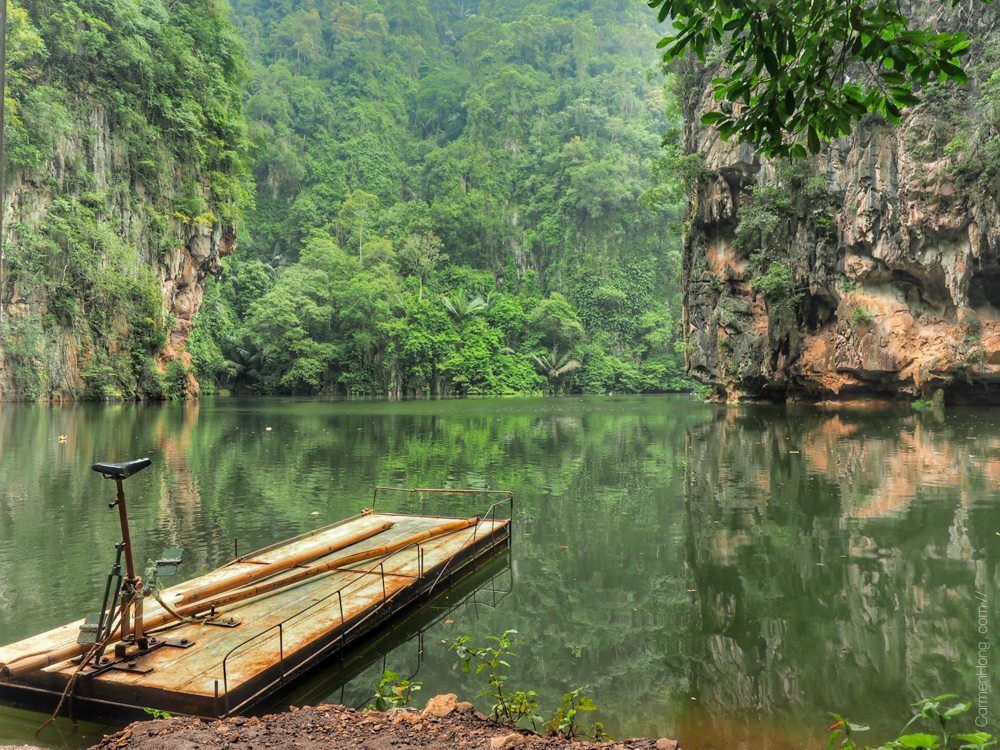 The waters of the lake were still, reflecting the limestones and trees around it, like an image in the mirror. Serene quiet, the idyllic scene took our breath away. It was vault still and restful, unruffled by wind or rain. The only sounds were the chirping of the birds from a far distance. I imagine if there was more sunlight, it would had added a golden tint to the face of the lake. A startling eureka moment came when I realised how precious this beauty of the natural world was. I kept it to myself, immersing myself in this oasis. 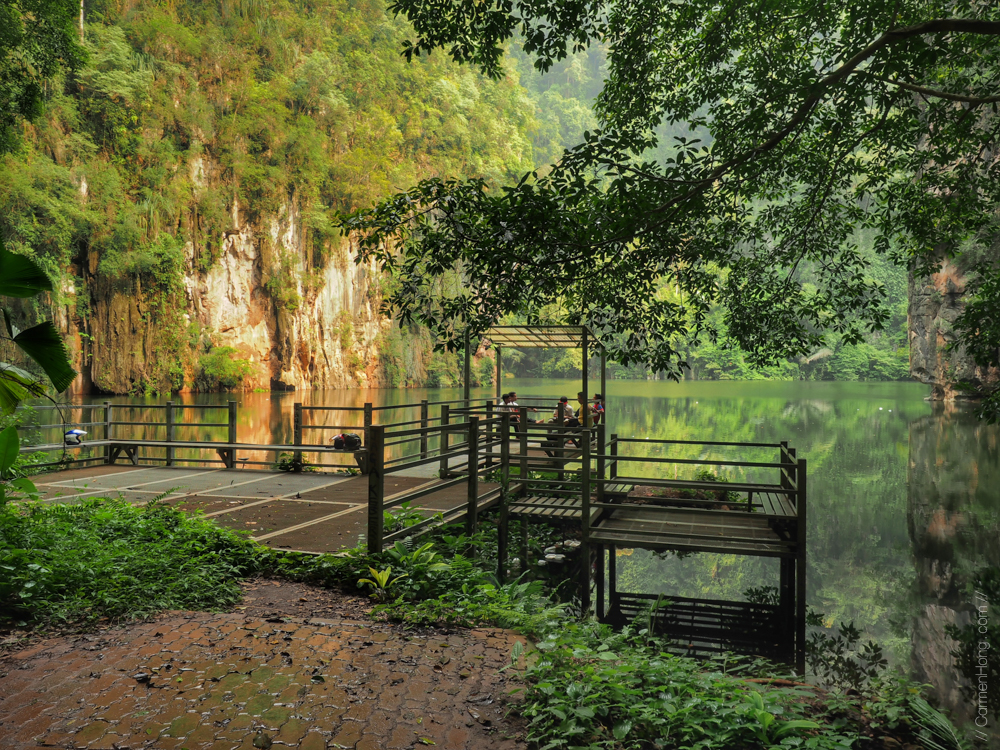 And now, I’m sharing this best kept secret of the hidden mysterious, yet absolutely mystical Tasik Cermin of Ipoh. I post this in hope to create an awareness that sometimes we just need to look within our country, Malaysia to realise the wonders of the nature that it offers. My only wish is that we preserve the natural beauty of the lake, to admire from a distance and maintain its pristine condition.

By the way, I stumbled upon a detailed description on the directions to the lake, and decided to share it over here >> http://www.daphnescapades.com/tasik-cermin/. This post is written in conjunction with Traveloka’s #MyTravelAdventure campaign, click here  >>  https://www.traveloka.com/en-my more information about what Traveloka do!

Out & About : Nail Workshop at The Touch, Sunway Velocity