Thankfully, I did and it worked during the first time itself. I’ll be sharing some quick tips on which polish I used. Though, this post is a quickie and I’ll be posting up a full length tutorial once I get my hands on more of Sally Hansen nail polishes! Oh yes, Sally Hansen’s are the only polish that seems to work for me. I have yet to try OPI. 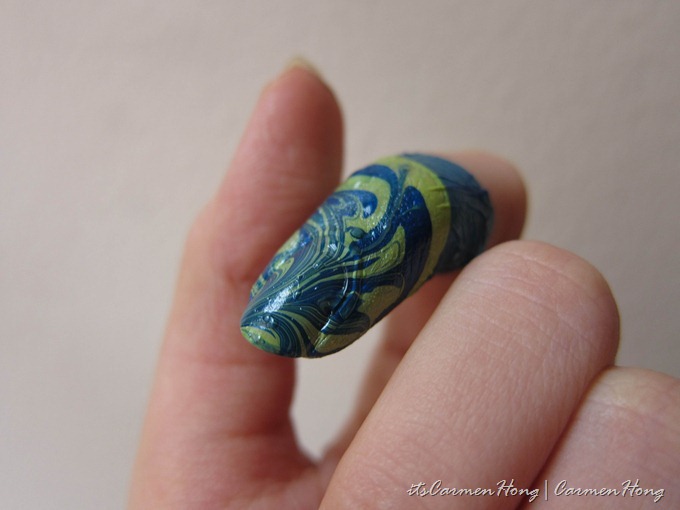 Water Marbling, fresh from the water.

I only have two Sally Hansen’s polishes (Blue It and Green with Envy) at that time, which explains for the weirdly colour combination. Wait till I get my hands on more polishes, then you’ll be seeing better colour combination!

Before I end this post, here is a video from CutePolish’s Youtube channel! Her tutorials make nail art seem easy peasy! 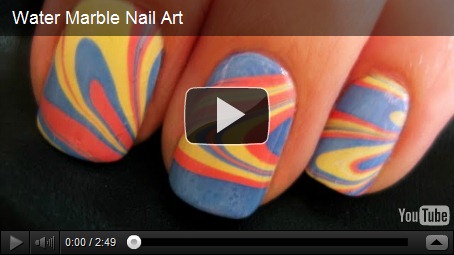